Until the new M2 G87 comes out towards the end of the year, the M240i serves as the temporary range-topper in the 2 Series Coupe lineup. Available with or without xDrive, the compact sports car is a force to be reckoned with despite being only an “M Lite” car. As you’re about to see, with a little bit of tuning, the M Performance 2er has what it takes to go up against the mighty M3.

Mind you, the M3 G80 is the more potent Competition model, complete with xDrive. All-wheel drive does make the performance sedan quite heavy, at 1,745 kg, but it also shaves off 0.4 seconds from the 0 to 62 mph (100 km/h) sprint compared to the RWD equivalent. There is a massive price gap between the two as you could buy a pair of M240i xDrive coupes in the UK where the video was shot for the price of an M3 Competition xDrive. 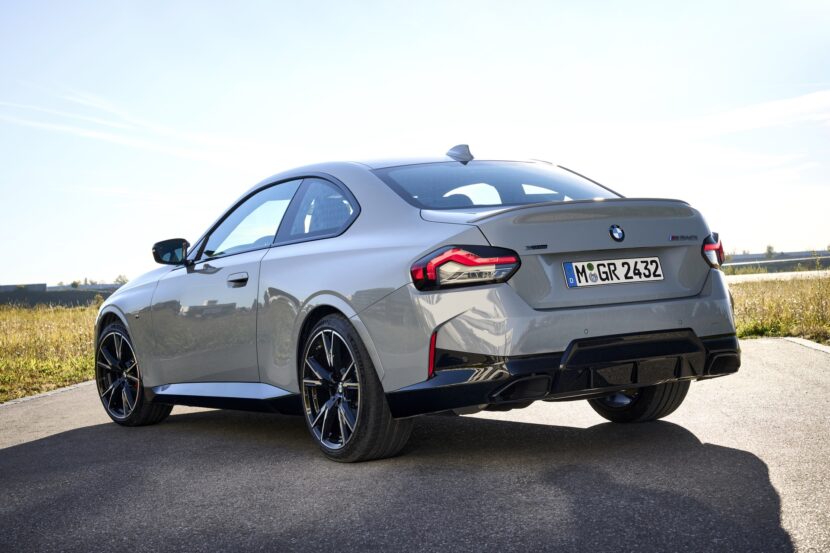 The underdog has been massaged to 450 hp after remapping the ECU and installing an Eventuri air intake. In addition, the exhaust system now features a Milltek cat-back while the gasoline particulate filter (OPF) has been deleted. Even though it packs a greater punch, the M3 is still the most potent car of the two, courtesy of the advantage of more than 50 hp.

To see which one is quicker off the line, the tuned M240i dueled the M3 in a couple of drag races it managed to win by a small margin. It triumphed largely thanks to its better response in the beginning, and although the sedan was starting to catch up, the coupe was the first to cross the finish line in both instances.

It’s worth mentioning the M3’s owner did not use launch control. How come? The functionality is not active until the car covers 6 miles (10 kilometers), which is necessary to warm up the engine. He explains there simply wasn’t enough surface there to do that. The M3 did have its revenge in the subsequent roll races, beating the M240i, although the gap between the two was quite narrow.