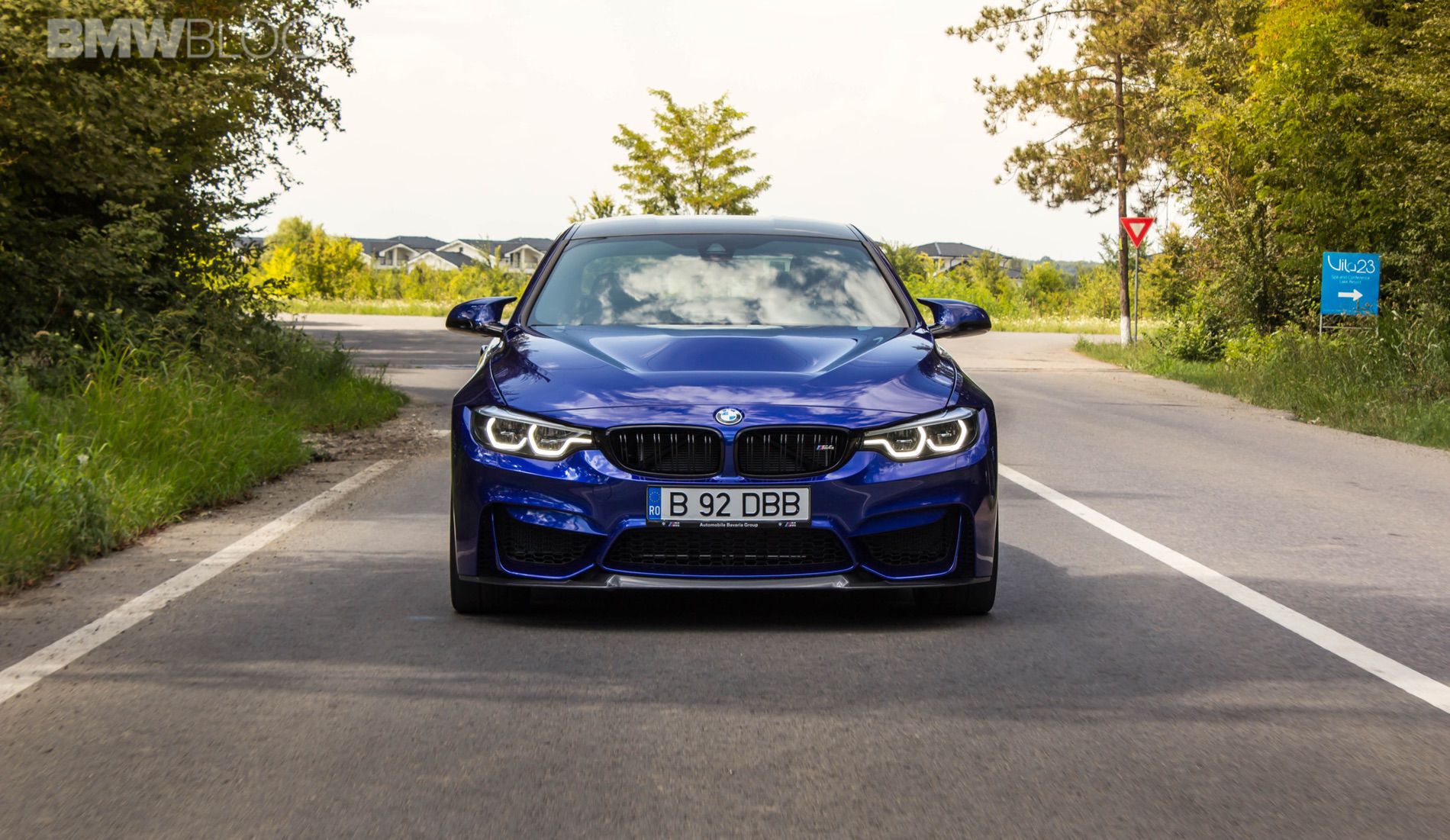 There sure is a lot of excitement surrounding the G82 BMW M4 CSL. Which is perfectly logical because it’s a terrifically powerful and super-exclusive BMW. Which is interesting – because the same enthusiasm was not returned on the BMW M4 CS upon its introduction in 2019. Despite sharing a lot of the same selling points – lightened weight, increased power, and borrowed parts like the hood and trunk from the race-worthy M4 GTS – it just never got quite the halo car status that the M4 CSL has already achieved.

Instead, much of the takeaway regarding the F82 M4 CS seemed to revolve around the lack of true keyless entry, and the fact that there’s nowhere to rest your arm while you’re sending it into a corner. In fact, one Car and Driver writer referenced Joni Mitchell, cleverly noting, “you don’t know what you’ve got till it’s gone”. Which may be true – but the M4 CS isn’t just another big yellow taxi. 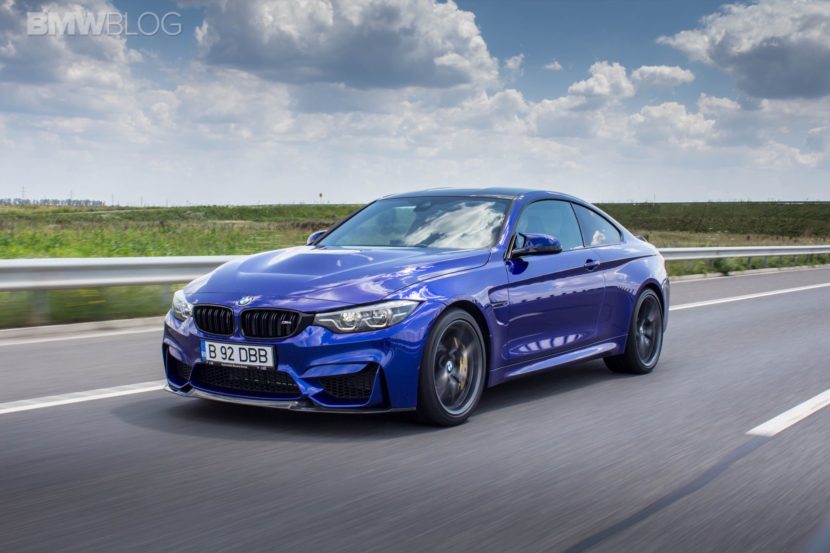 The BMW M4 CS got a ton of upgrades from the normal M4. From the outside, the immediately recognizable wheels instantly set the M4 CS apart from the more ho-hum M4s. The staggered, 19- and 20-inch Style 763M wheels also had the option of being wrapped in ultra-sticky Michelin Sport Cup 2 tires that were designed specifically to fit the big-brother M4 GTS. And while you may only get a couple thousand miles out of them if you decide to use them on the street, it might pay for itself in the smiles per gallon. 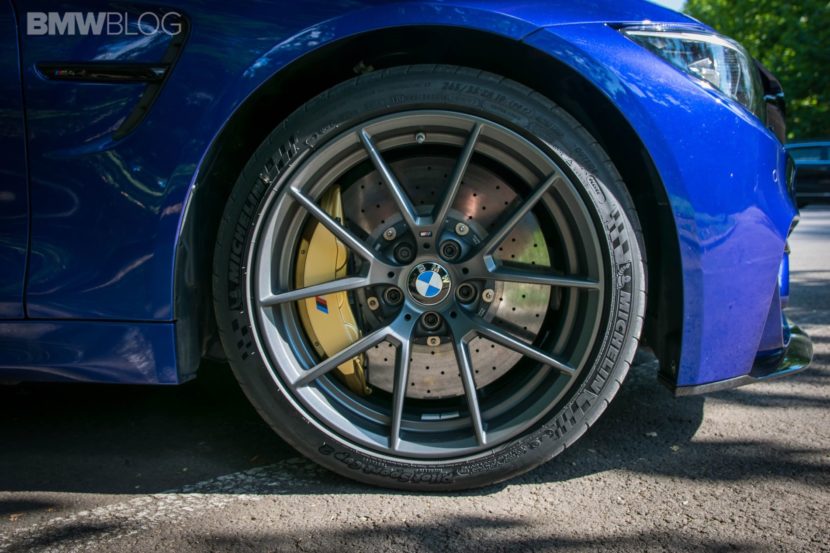 Additional exterior touches to the BMW M4 CS include an aggressively vented hood. It’s made from carbon fiber; so is the trunk, roof, and prominent front splitter and rear gurney flap. And the interior is a truly unique place to be. You’re working with manual, single-zone climate control for starters. And there’s no armrest, to shed weight and make the driver so uncomfortable that they drive faster – thus, improving lap times. There’s carbon fiber everywhere, including unique door panels shod with pull straps to (again) drop some pounds. Some of that weight is no doubt gained by the girthy, seventeen-feet-thick Alcantara wrapped steering wheel. 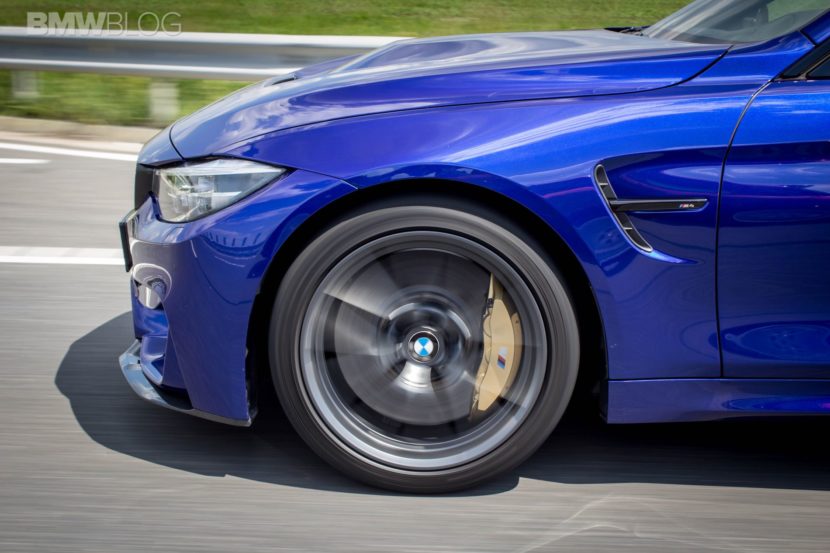 And of course, there’s some chassis fiddling and engine tuning that goes into the M4 CS as well. It doesn’t get the M4 GTS’ water-injection system, but it does have an increased output of 454 horsepower. That’s 10 more horses eked out of the already mighty S55 engine than the M4 Competition. More impressive is the jump to 442 pound-feet of torque, nearly 40 more pounds of twist than its lesser. Coupled with the claimed 70 pounds of weight reduction the CS gets, it’s a substantial fourteen seconds faster around the Nürburgring Nordschleife. The M4 CS, then, is a wonderful example of something greater than just the sum of its parts.

F82 BMW M4 CS Prices – Now, Then, and Everything In Between 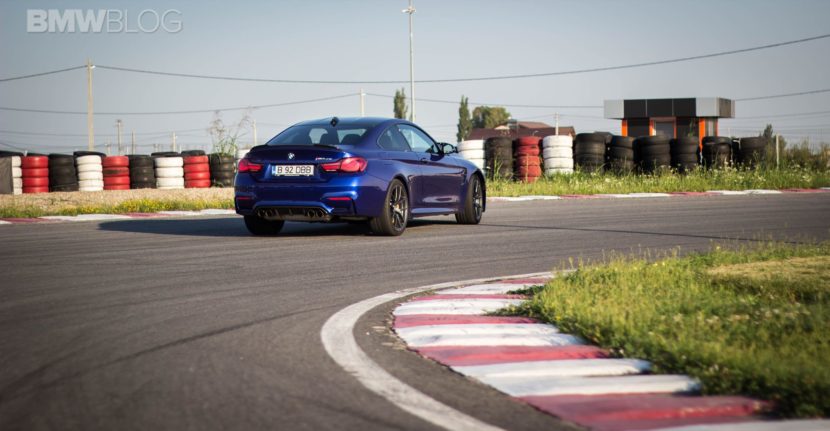 So, by now I’ve probably successfully convinced you that the BMW M4 CS was a genuinely special car. But that might not be the case if you were buying it new, where it commanded a significant premium over the superficially very similar M4 Competition. Base MSRP was $104,095 and change, nearly $34,000 more than the base car. And that’s before dealers got ahold of them – sometimes marking them up substantially, and at the minimum optioning them up with expensive (and perhaps unnecessary) carbon-ceramic brakes.

So, the M4 CS often sat in dealer showrooms until being eventually sold to the closest bidder. Due to the considerably higher price, prospective buyers often received steep discounts on top of the already plentiful incentives. And it took a little while, but with the announcement of the new G82 M4 CSL, combined with rising inflation and a hot market, the F82 M4 CS has finally started being recognized as the gem it is.

With rare exception, the M4 CS is trading at levels far above that of a comparable Competition example. And as witnessed in the case of literally every single special edition or limited production BMW M product, they’ll continue to hold value through the years – significantly better than their lower-trim peers. We’ve recently seen M4 CS models with 10,000 to 20,000 miles on the odometer selling for as high as $80,000-$90,000.

So, what’s the takeaway here? Well, if you’re looking to get into an M4 – the CS is now the value proposition it couldn’t quite pull off when brand new. The F82 M4 is a wonderful to drive car – and the CS is the best of the best, getting almost all the benefits of the M4 GTS without the downfalls of being a literal race car. It won’t be the cheapest, but it will be worth thousands more over time than the lower trims. Plus, it’s equipped with tires that allow you to put down the power properly, so burnouts become optional instead of mandatory.

Just don’t look for anywhere to rest your arm – it’s more of a ring taxi than big yellow one.