The BMW Z4 hasn’t been getting a lot of attention in recent times, so we’ve decided to address this issue by putting the spotlight on an M40i. It has been turned into a polarizing roadster since the owner asked the peeps from aftermarket shop Car Audio & Security to fit an air suspension and swap out the OEM wheels for a much more spectacular set.

As always, a bagged car is a love/hate affair, and we’re a bit surprised to see the Z4 featuring an Air Lift system. Sacrificing specious cargo capacity to fit the tank and all the other necessary hardware, the little BMW convertible rides extremely close to the ground when the air suspension is at its lowest settings. There’s pretty much no ground clearance at this point, but we’re being told the ride quality hasn’t suffered after installing the mod. 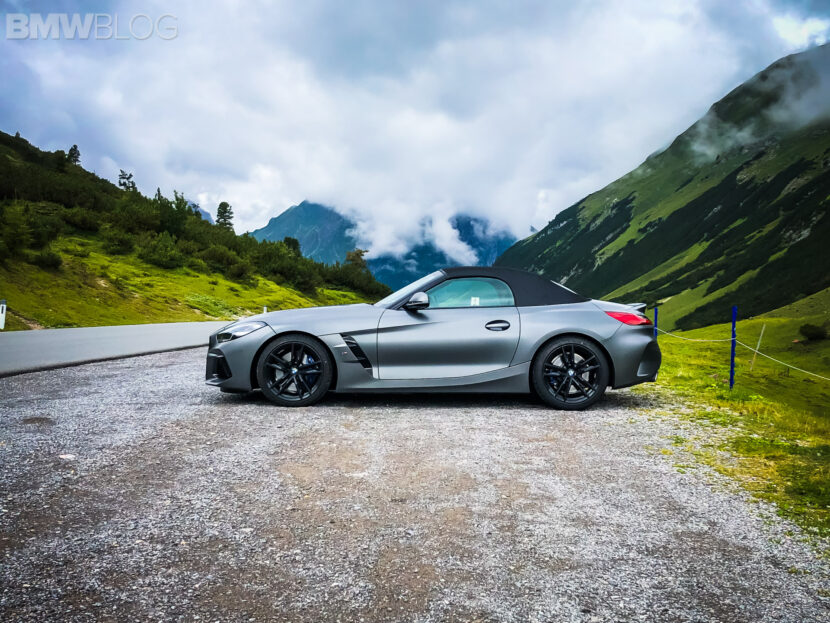 The Rotiform wheels are honestly a bit too much for our tastes and we prefer the original set that came with the car. Of course, what matters the most is the owner likes the car’s appearance and he now drives what is probably the first Z4 M40i on air suspension in the UK. It would’ve been great to see the cabrio in motion with the lowered ride height, but we must admit it does look rather special even when standing still.

Arguably an underrated car, the Z4 could be living on borrowed time if recent reports are to be believed. BMW is allegedly planning a small facelift for the soft-top roadster before discontinuing the model altogether in 2025. Meanwhile, sister model Toyota Supra is thriving, having recently gained a six-speed manual gearbox for the 3.0-liter model. The three-pedal setup is adapted from the rear-wheel-drive, four-cylinder Z4, so it makes us wonder why BMW has refrained from installing a clutch pedal in its own car.