BMW Turbo – A Concept way Ahead of its Time

Home » BMW Turbo – A Concept way Ahead of its Time 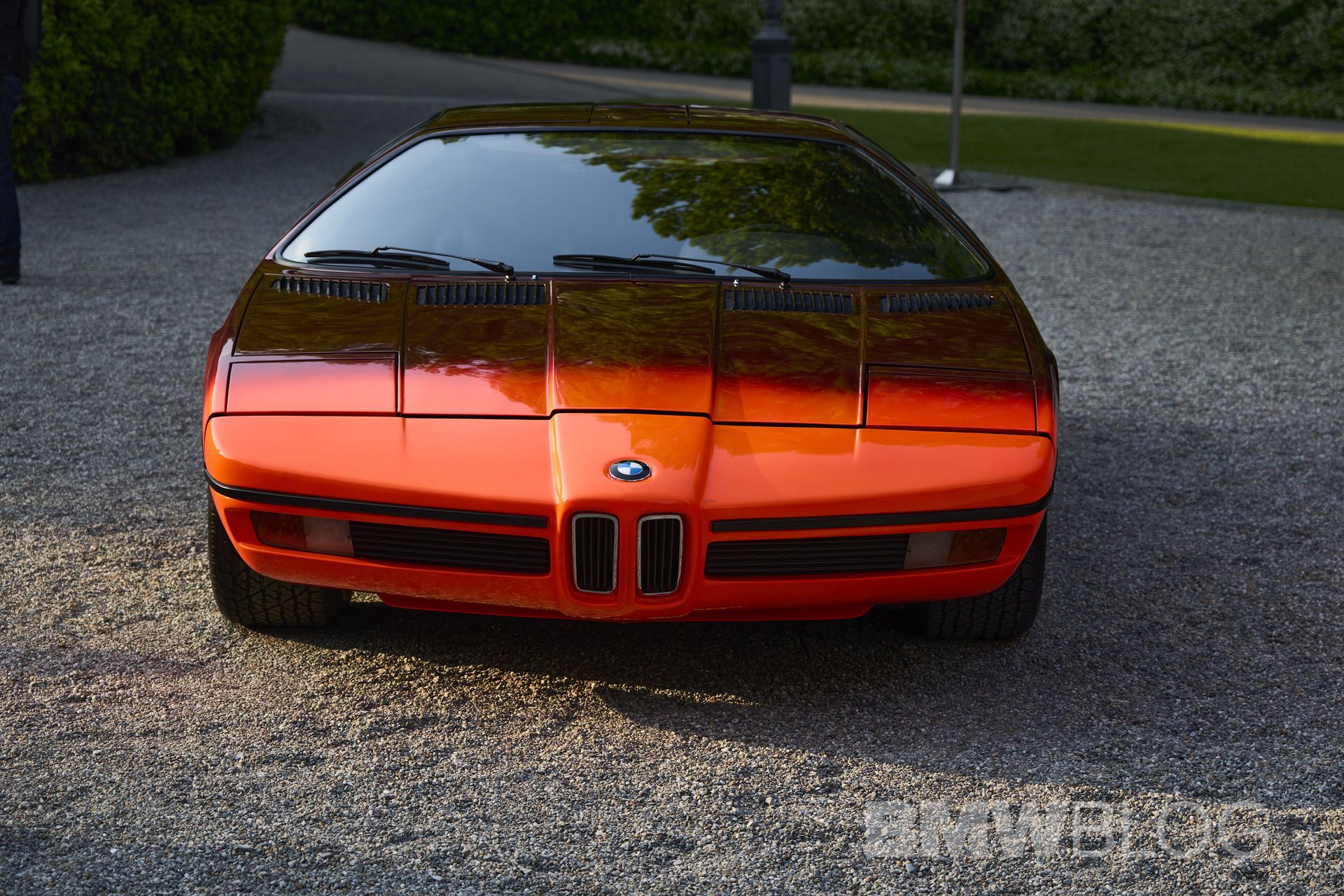 The BMW Turbo is one of the most exciting concept cars ever penned by the design studio in Munich. The uniquely shaped prototype was well ahead of its time – in terms of design, aerodynamics and safety features. And 50 years later, the BMW Turbo Concept still steals the show. One of the only two models ever made was displayed this past weekend at the 2022 Concorso d’Eleganza which celebrated the M Division’s semicentennial birthday.

The E25 Turbo was built for the 1972 Olympics, held in Munich, and was a test-bed for technologies in the ’70s and even showcased a radar system to warn drivers of curbs a nd various other things. It came from the pen of BMW’s head designer Paul Bracq who also oversaw the M1 supercar project.

The Only BMW With Gull-Wings 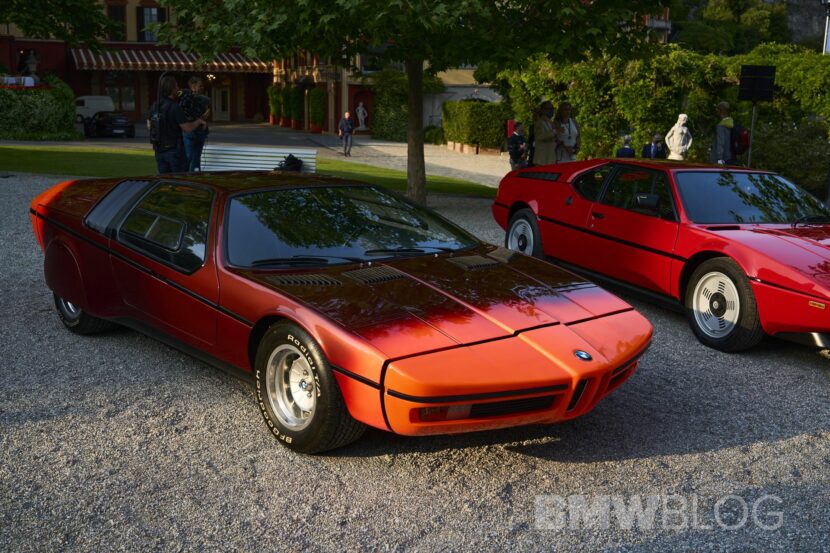 Paul Bracq designed the BMW Turbo with clear lines and smooth surfaces, while sitting extremely low to the ground. It was and still is the only BMW to feature large gull-wing doors with extensive windows. The front-end delivered a back-slanted kidney grille, later known as the shark nose.

Bracq’s team also wanted to give great aerodynamic properties to the BMW Turbo concept. Thus, the pop-up headlights and the indicators were embedded in the front apron. Rear wheel covers further streamlined the car.  Another special feature of the BMW Turbo is the fine line that runs around the whole vehicle. It changes the perception of the waistline and makes the car look even lower. 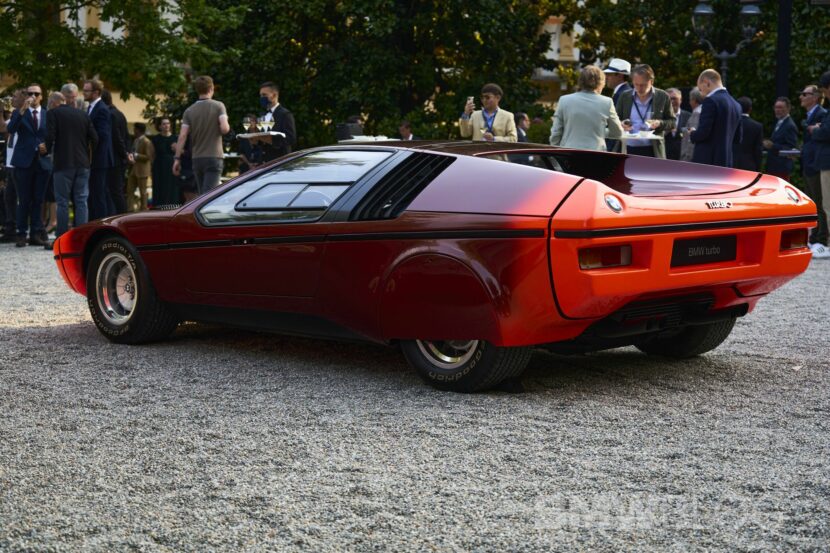 The Turbo featured a 200 hp turbocharged version of the engine from the BMW 2002, foam-filled front and rear sections to absorb impact, side impact beams, a braking distance monitor utilizing radar and a futuristic cockpit. The car developed 280 hp at 7100 rpm and reached 100 km/h (62 mph) from a standstill in 6.6 seconds. The top speed was 250 km/h (155 mph). 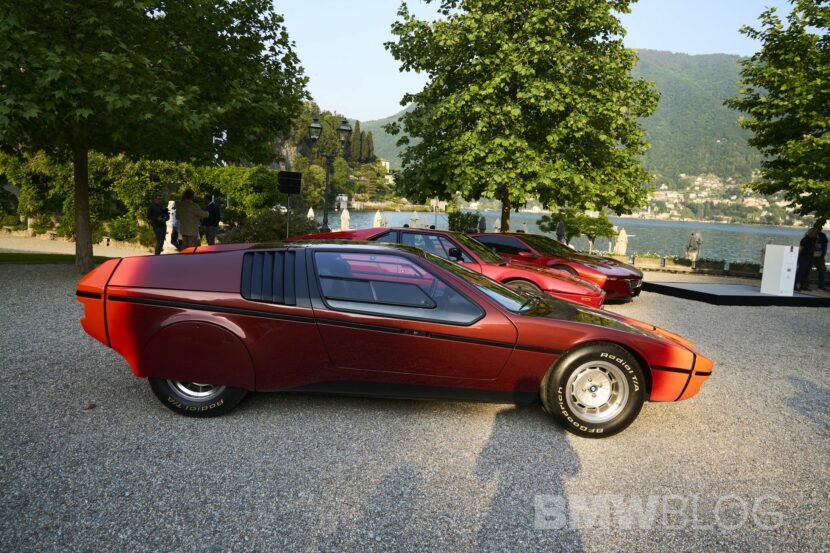 Another novelty in the BMW Turbo was the ABS, a first on a BMW at the time. Besides ABS and a lateral accelerometer, the BMW Turbo had a radar distance alert system, along with a comprehensive, passive safety package. This included safety belts that had to be fastened before the car would start. Another safety features included a collapsible safety steering column with three cardan joints, door posts that extended into the roof and new crash structures with hydraulic shock absorbers front and rear.

BMW introduced the Turbo Concept at the Paris Autosalon in 1972 and then at the 1973 IAA in Frankfurt. Shortly after, a second model with minor adjustments was built. Clearly, a lot of the design elements ended up on the BMW M1 supercar. Let’s take a look at the BMW Turbo Concept next to the BMW M1 Hommage and M1 production model. 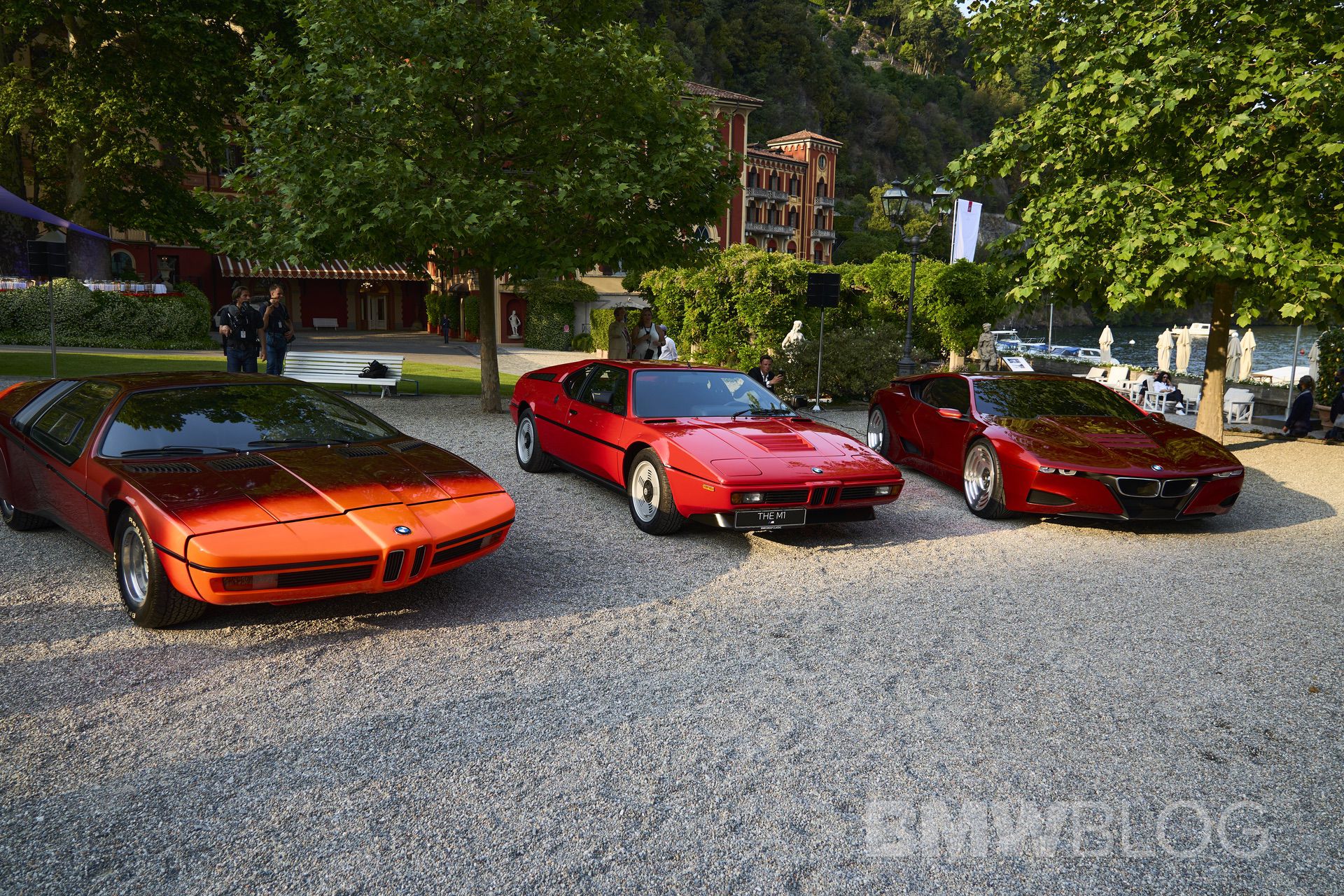 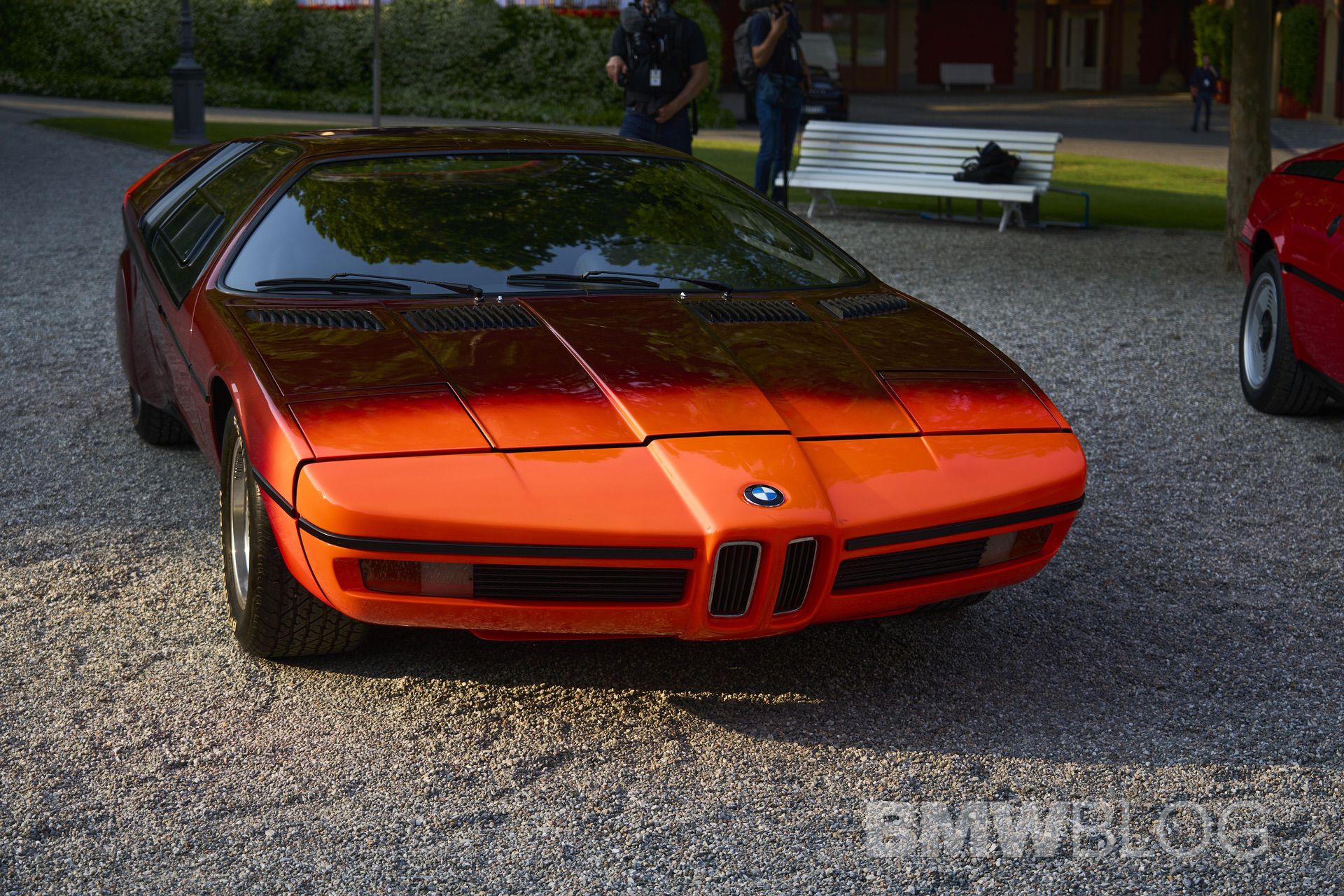 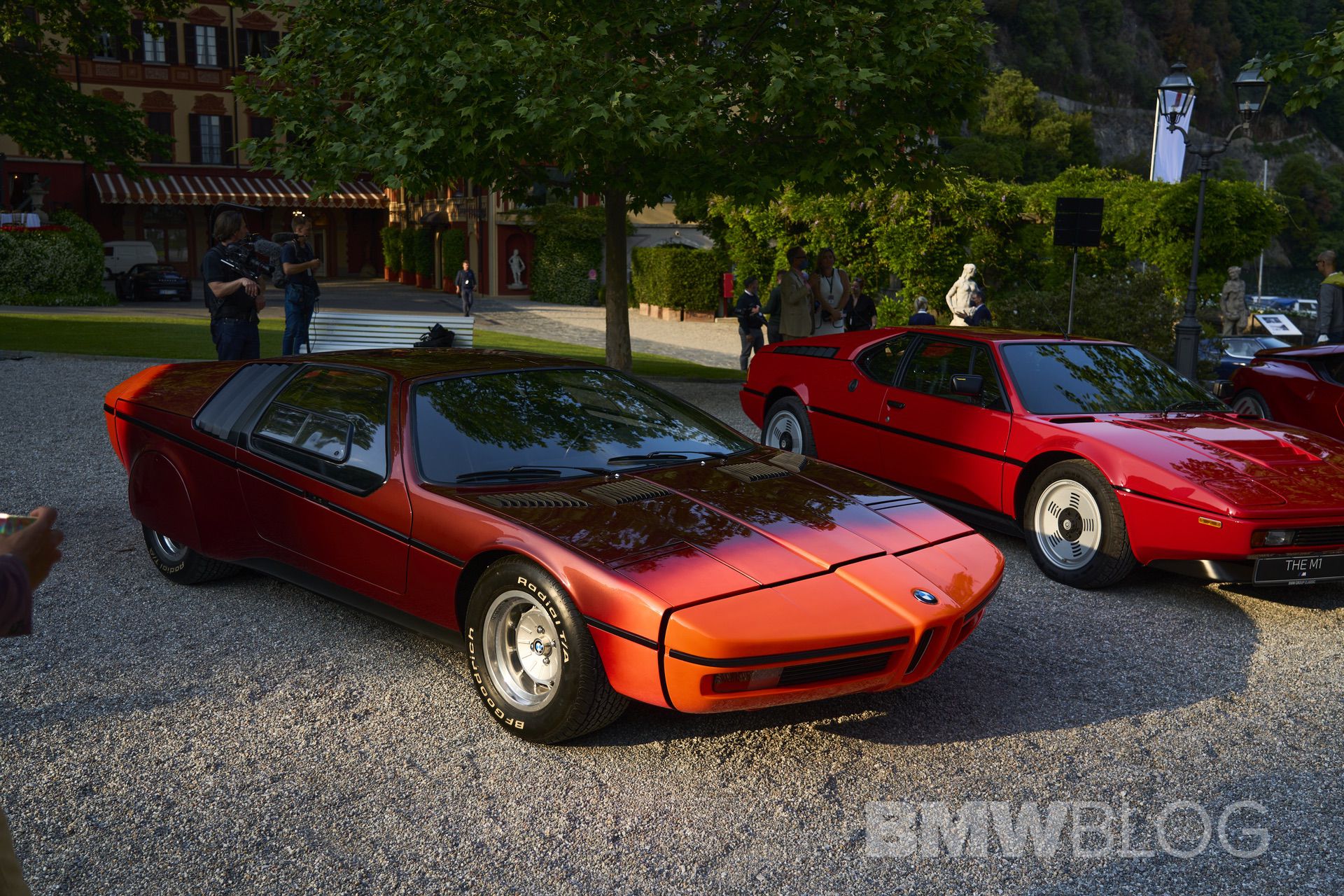 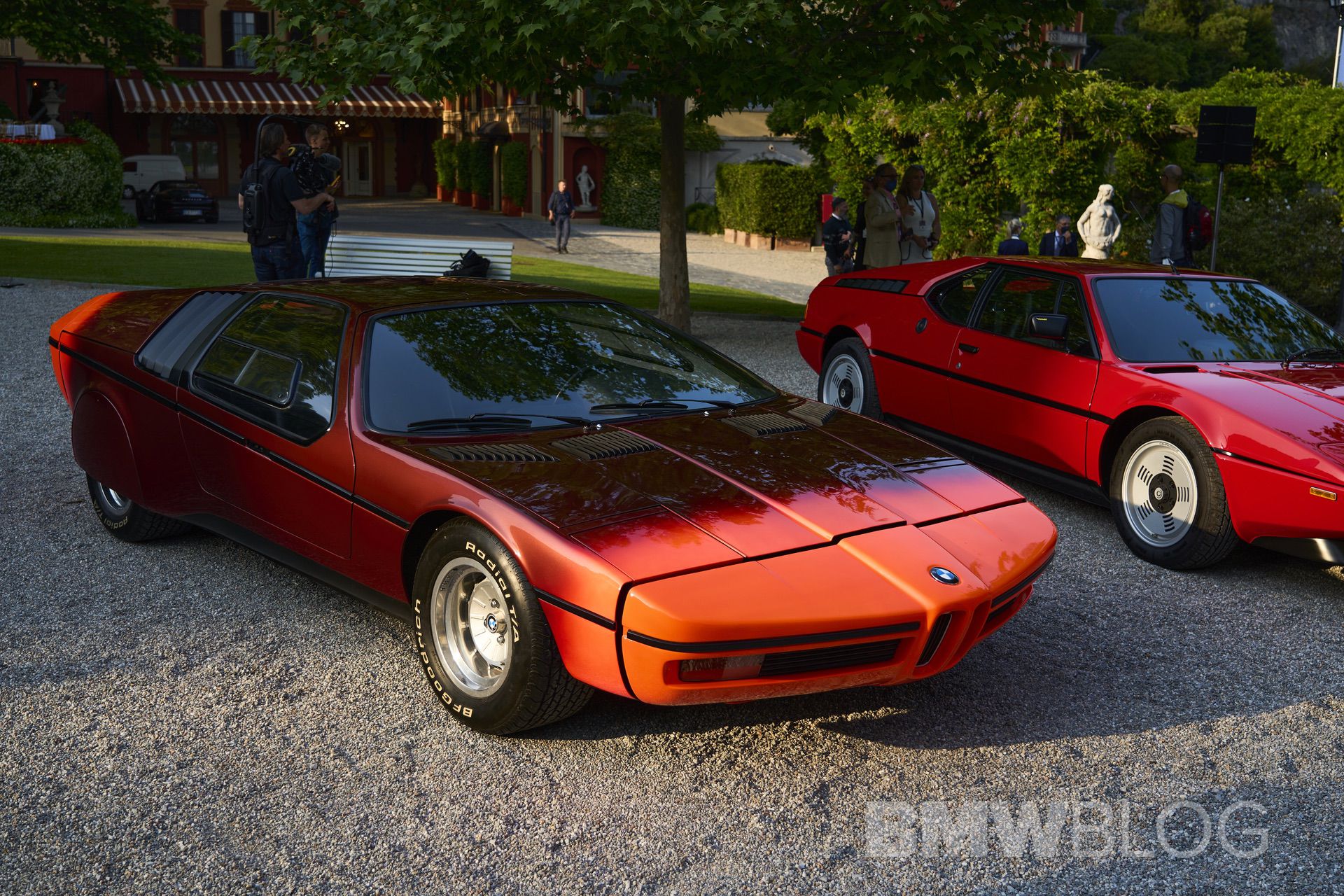 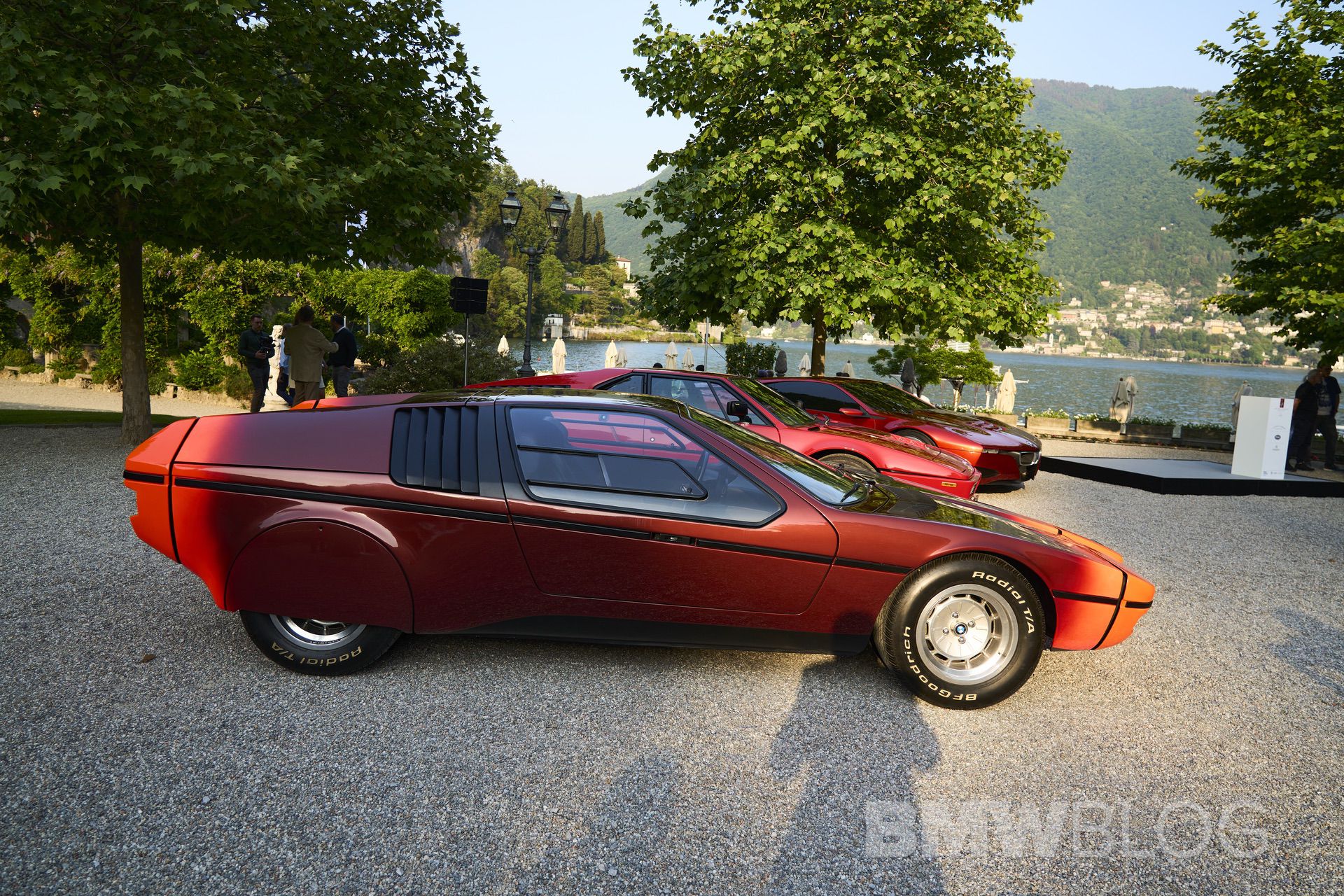 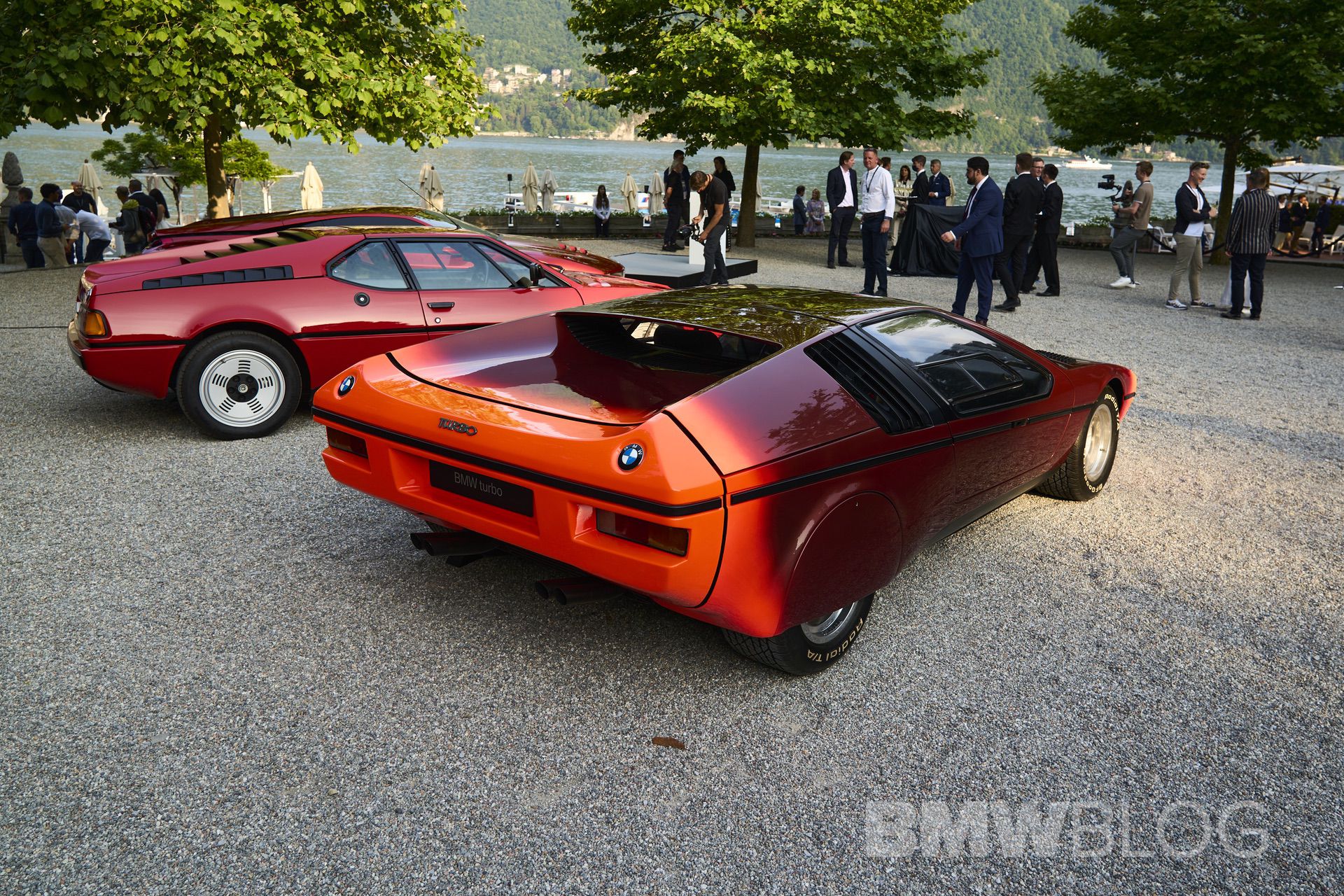 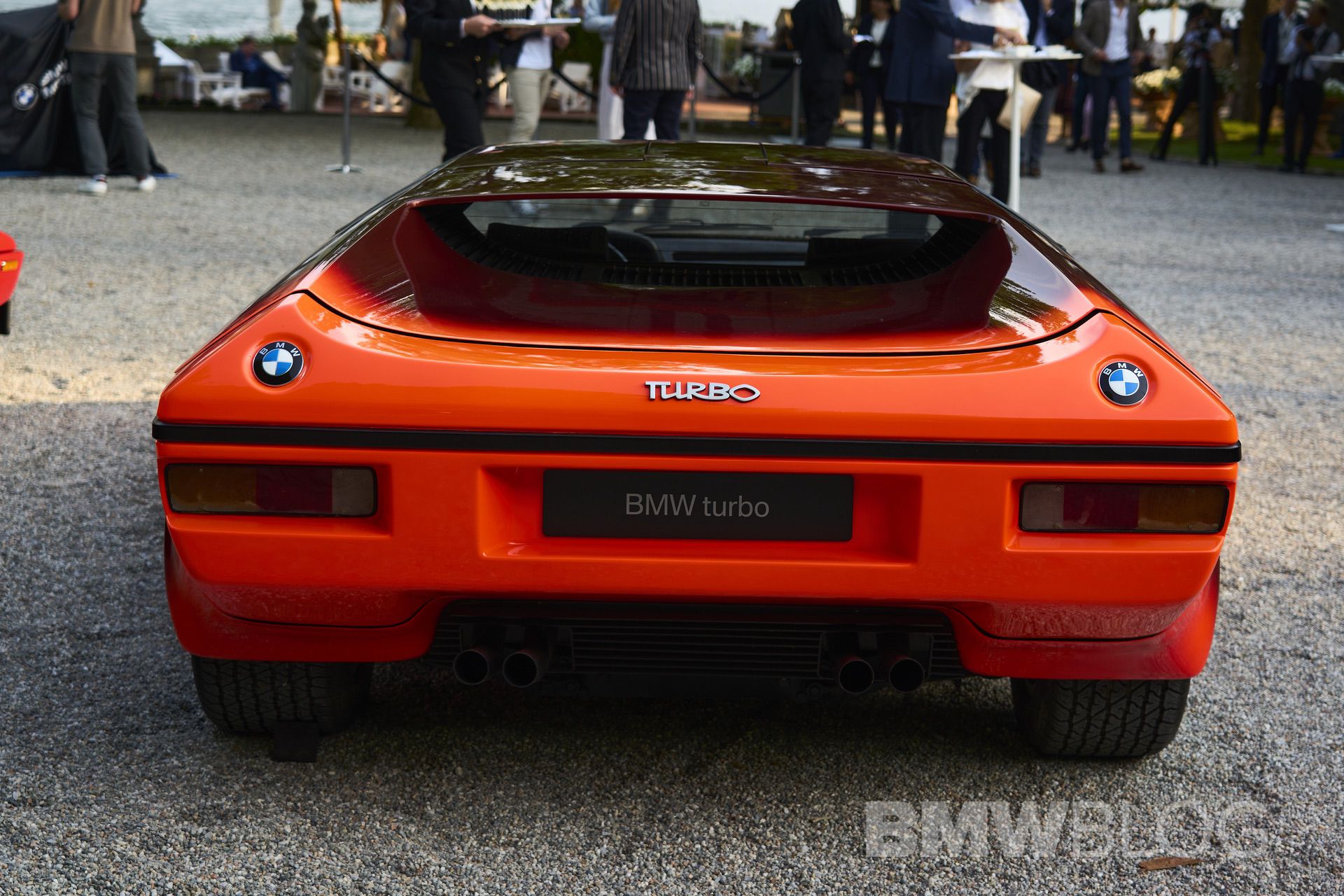 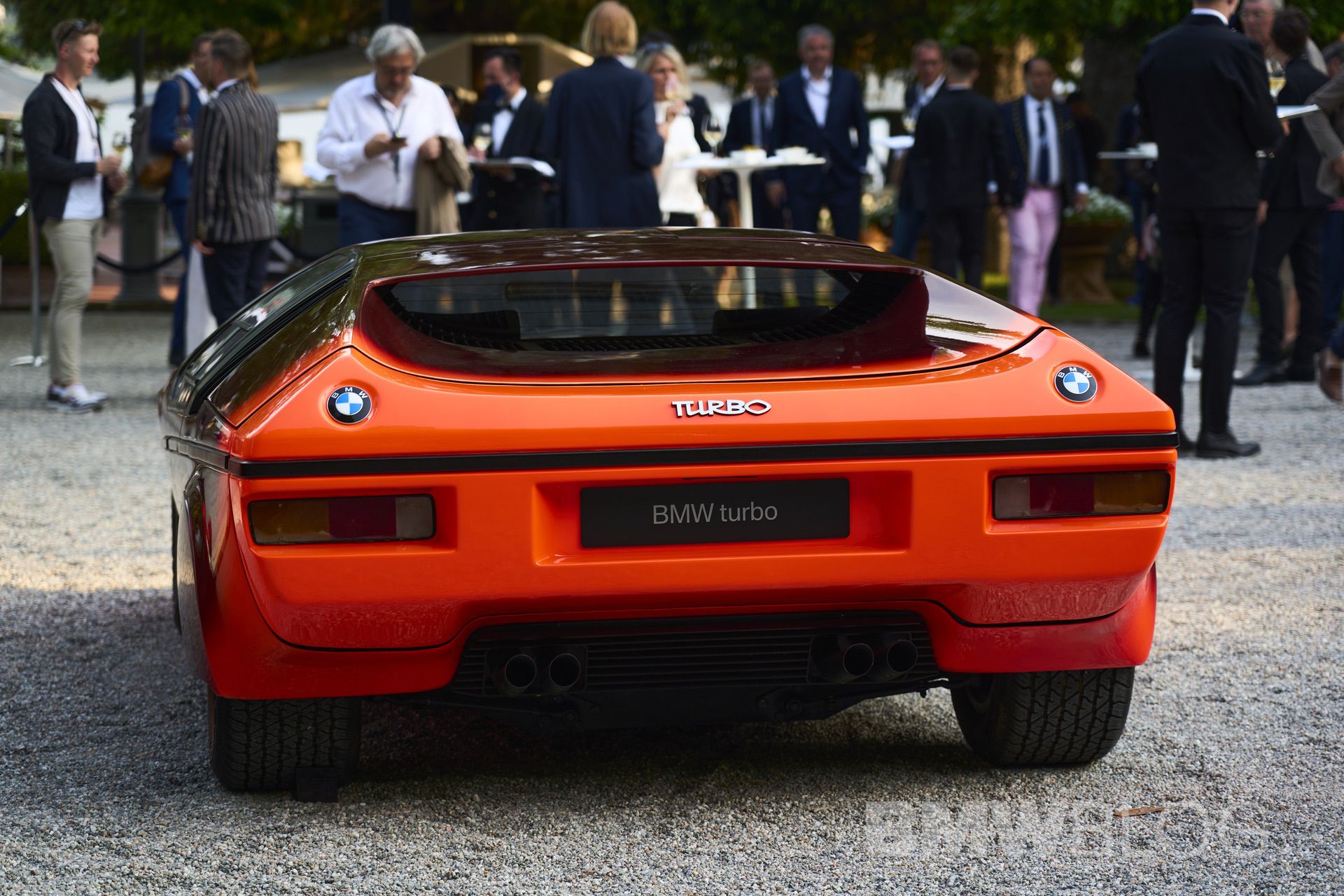 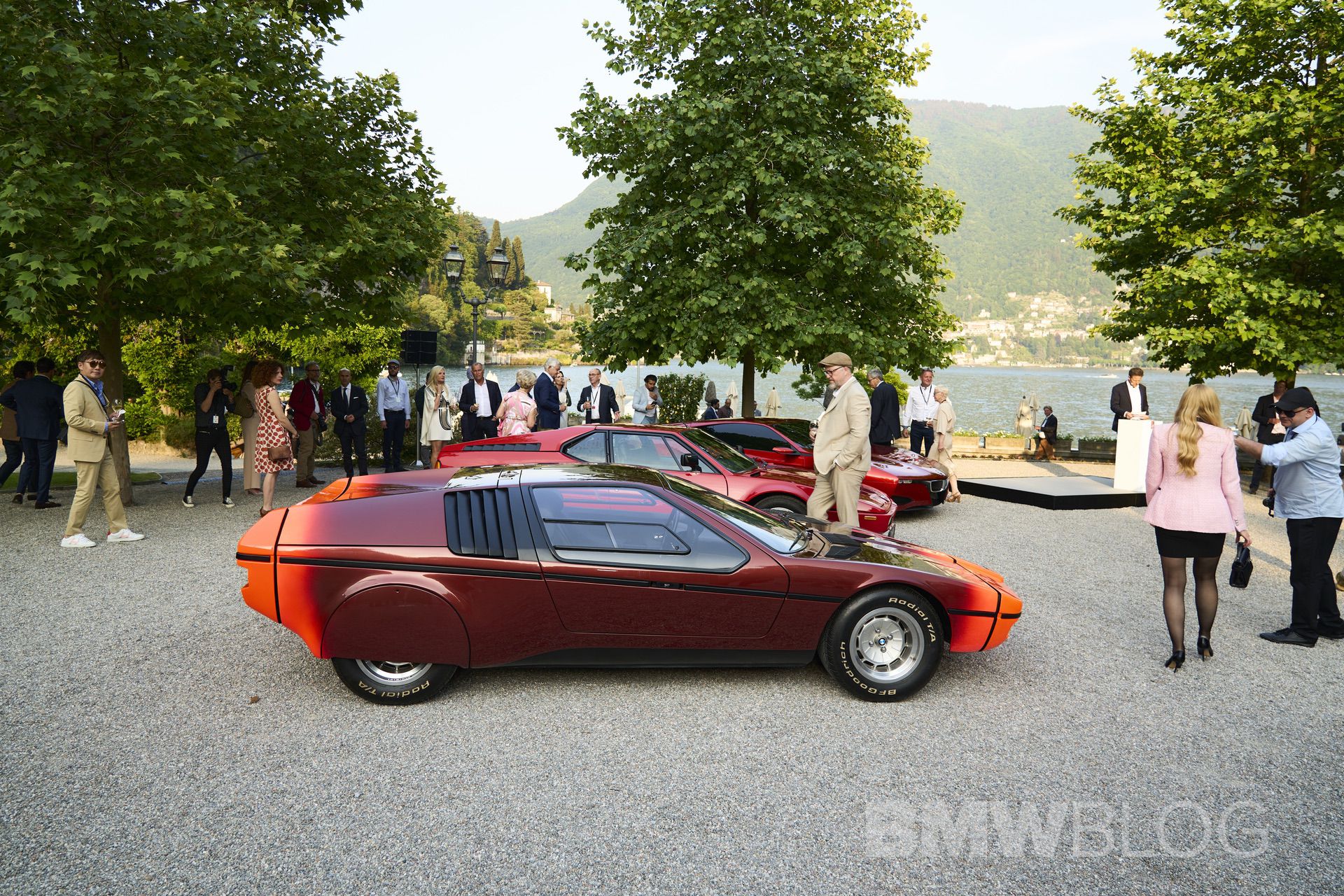 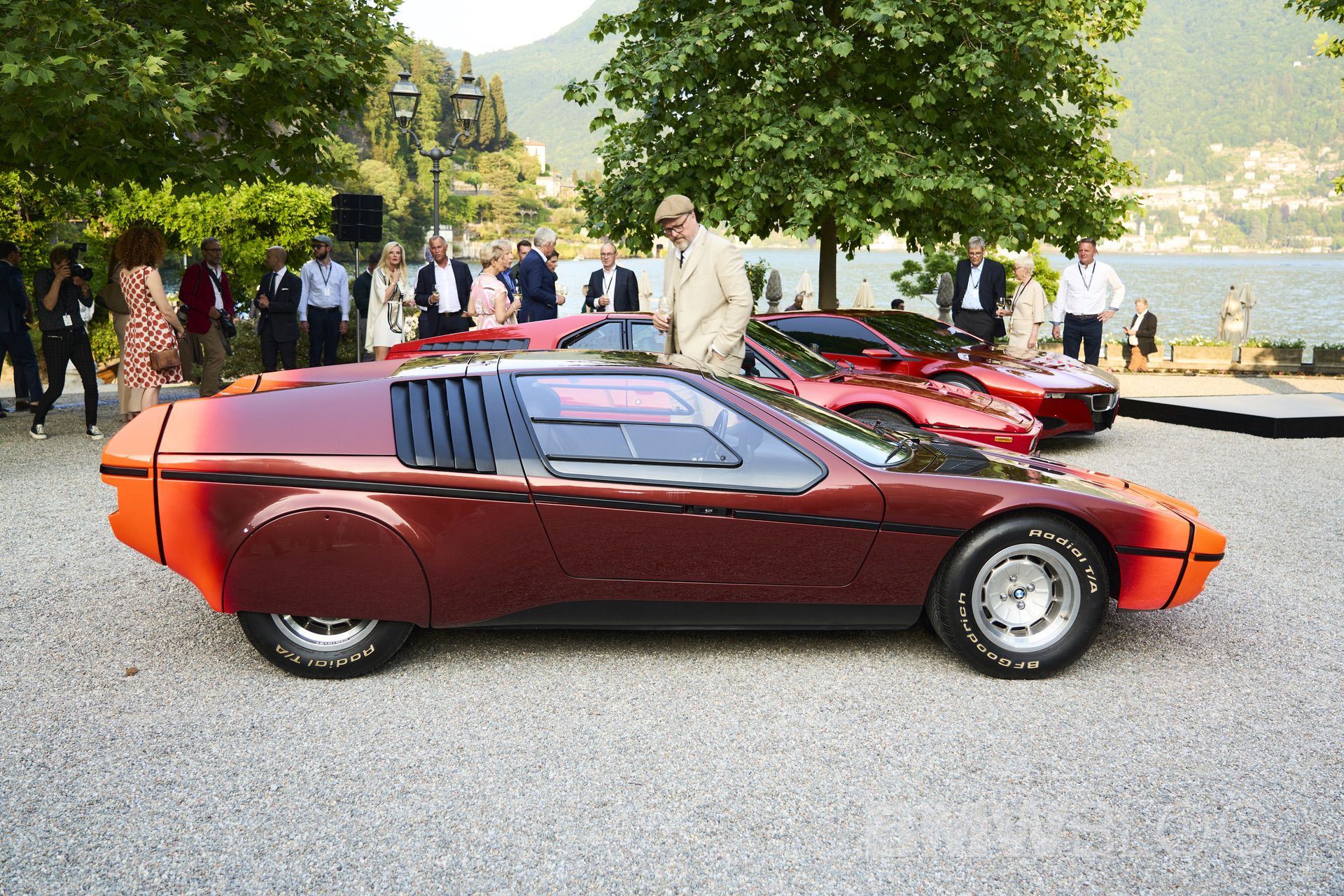