2021 BMW M3 Competition xDrive – Is it the obvious choice?

The first ever BMW M3 with an all-wheel drive system 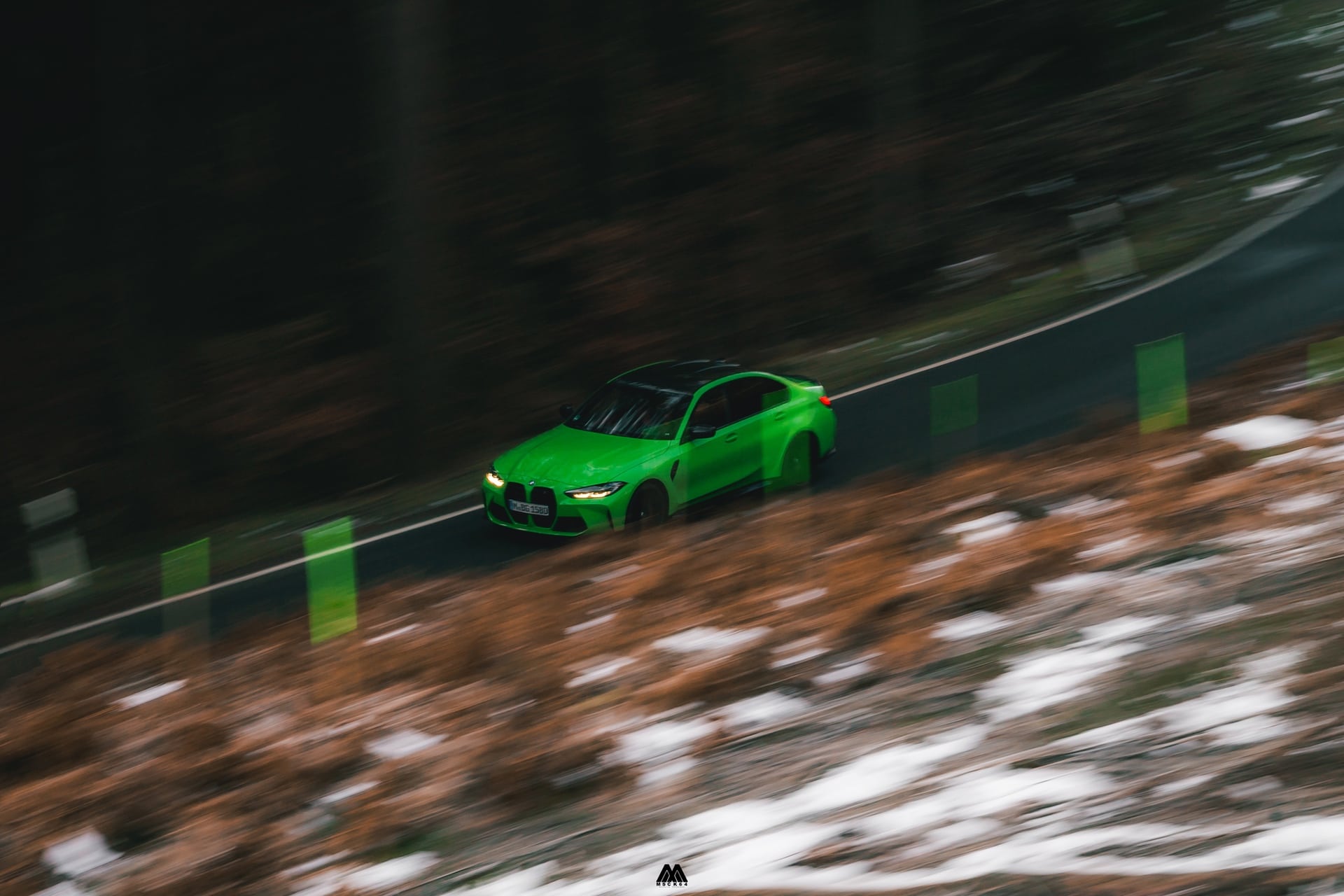 For the very first time in the 35-year history of the BMW M3 family, we have a model variant which offers a drivetrain connected to all four wheels. The Bavarians in Garching decided to make this option available, following market demands and the direct competitors. The addition of the xDrive system does, however, ask the question whether the M3 and M4 aren’t getting overly close to its bigger brothers – M5 and M8. So we wanted to see if the 2021 BMW M3 Competition xDrive is the obvious choice today.

Before diving into the competitor analysis, let’s discuss the package in front of us. Without writing all the figures and numbers down on paper, there is the need to touch on some of the highlights. First of all, the specific appearance of the 2021 BMW M3 Competition xDrive is an interesting one. Nowhere across the body, or inside the interior you will be able to find any trace of the xDrive badge.  You will only be able properly identify the drivetrain by going into the iDrive 7 menu. 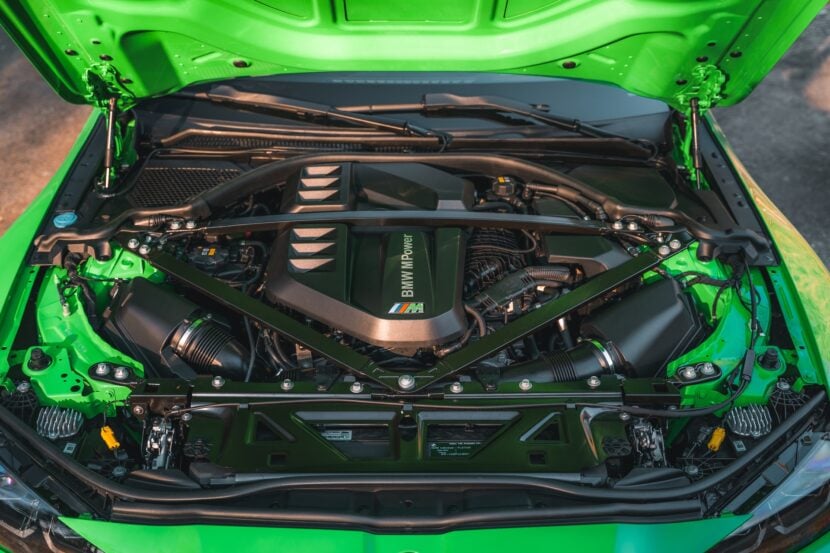 Under the bonnet and inside the interior, there is no difference. The S58 powerplant is the same twin-turbo, 3.0-liter six-cylinder as in the other models producing 510 hp and 650 Nm. But if you look a bit further, you will start to notice the differences. At the front axle, the Germans fitted new drive shafts, tweaked the front geometry and altered the software of the steering and active M Differential. The steering ratio is now 14.6 instead of the 15.0 of the normal M3 Competition.

The xDrive setup works identical to what we have seen on the M5 and M8 model lineup. There is an electronically-controlled multi-plate clutch inside of the transfer case, with a rear-bias. Three modes offer an enhanced rear-wheel driving characteristic when dialed up from 4WD, to 4WD sport, to 2WD only. The choice between the modes is unlocked by pressing the DSC button or ESP setting. With 2WD, all the nannies are absent, similar to the M5 and M8.

On the performance side, the 2021 BMW M3 xDrive offers a clear advantage over the standard Competition model. The sprint from 0 to 100 km/h goes in less than 3.5 seconds when one of the two 4WD drive modes are enabled, which is 0.4 seconds faster than its 2WD drive counterpart. The top speed is still limited at 250 km/h and lifted to 290 km/h if you opt for the optional M Driver’s Package, which isn’t available in all the markets.

For those interested, I put the spec sheets of both xDrive and non-xDrive model alongside each other to find any obvious differences. Of course, there are the immediate differences, such as the 50 kg weight penalty for the additional front driven wheels. Also the turning circle in the xDrive M3 is bigger. 40 cm to be precise! But did you know the M3 sedan non-xDrive has 2 mm less ground clearance and can carry 25 more kgs on board? Even the drag coefficient is slightly worse on the M3 AWD. All in all, small notable differences which don’t make a huge impact on the total package.

Let’s go for a drive

This brings us to the question of how does it drive. With all due respect and this isn’t a negative thing, but the overall driving experience isn’t that much different from the rear-drive model. The steering feel is almost the same and precise, the handling feels truly on point and the powerplant handles similarly to what you experience inside the 2WD M3 Competition. The immediate difference is felt when you push your right foot further down the throttle. At that moment, you notice where the Germans have upped the game.

Reach the limit of the grip levels and you do notice immediate differences. All four wheels are trying to keep you on the road and help each other in transferring the 510 hp and 650 Nm onto the tarmac. Therefore, you gain more confidence the faster you go. The xDrive simply hooks up, catapults you through corners and ensures that you are connected to the sheer level of performance available under the bonnet. It is an impressive feeling, but none that is totally new to the M line up of sedans and coupes with four-wheel drive.

I could also describe the BMW M3 Competition xDrive as a balanced package, with both pros and cons, and a controversial design upfront. On the cons column you’ll find the firm ride, which feels a notch too jittery at lower speeds and rather bumpy roads. Even in the softest suspension setting, you notice that you are driving a sporty model. But when you enter smoother roads, and up the speed, the M3 shines as a daily driver offering some kind of luxury grandeur, refinement inside the cabin and a relatively quiet sound track that is enhanced by fake sound pumped into the cabin. Keep in mind that this was not an US-spec model, and therefore it had the OPF fitted to the exhaust system which neutralizes the sound a bit.

Being more of a grand tourer than ever before, the BMW M3 lacks engagement at lower and moderate speeds. The automatic gearbox also makes me miss the dual-clutch transmission which still shines in the previous BMW M3. The 8-speed gearbox simply doesn’t offer that immediate engagement of the M-DCT. Of course, being slightly heavier and larger than the previous generation, the G80 M3 lacks a bit the pure sportiness of an M3. You can change its sporty nature with a few adjustments – steering input, transmission calibration, throttle response and suspension adjustments – but you will need a long stretch of autobahn or a race track to fully take advantage of these settings.

On the pros column, you will find the great seating position and the carbon buckets. The latter is one of those things that you either love it or hate it, and if you read plenty of reviews, you’ll see people on both sides of the fence.

Closer In Character To Its Larger M Brothers

This brings me to the initial point. Maybe for the first time in its history – and a statement to the ever changing BMW customer – the 2021 BMW M3 Competition xDrive pulls away from the typical M3 driving behavior and closer to that of an M5 sedan. It is as if it wants to be a mini-M5 and isn’t interested in some of that mechanical brilliance of its predecessors. Even more so with xDrive installed.

Of course, I am not saying the new BMW M3 isn’t capable of letting you experience its sheer brilliance – it can, thanks to its dual character – but it’s showing us that today’s sportscars get larger, more complex than ever and they become sort of a Swiss knife trying to please everyone.

What’s best about this new generation of M3 and M4 models is that they offer a wide range of choices for the M owners. You can still grab a purer BMW M3/M4 with the rear-wheel drive and a six-speed manual, or you can go for the more powerful – still rear-wheel drive – Competition models.

It’s also fair to point out that customers have a lot of choices in that segment today and the controversial grille hasn’t done the car any favors so far. Even though the jury is still out on that and we won’t see the full cycle of M3/M4 sales until 2023. Interesting enough, aside from the traditional competitors from Audi and Mercedes – with their own flaws like four-cylinder turbos – there are plenty of other models that can throw their hat into the ring: Alfa Romeo Giulia Quadrifoglio, Cadillac CT5 Blackwing (larger in size though) or ALPINA B3 Sedan (same engine). I would even count a pre-owned BMW M5 Competition as an alternative for those who want a sports sedan.

Is the BMW M3 xDrive A Good Buy?

The 2021 BMW M3 Competition xDrive would not necessarily be my first choice, based on my personal preferences. I feel that some of the cars mentioned above bring their own charm to the game, some with more refinement, others with more performance or a more engaging driving experience. Aside from the Quadrifoglio, the other options are not necessarily a one-to-one competitor to the M3 Competition xDrive, but I do see myself cross-shopping them. To me, they feel like they serve one purpose, and doing it well, so that might fit my style a bit more. 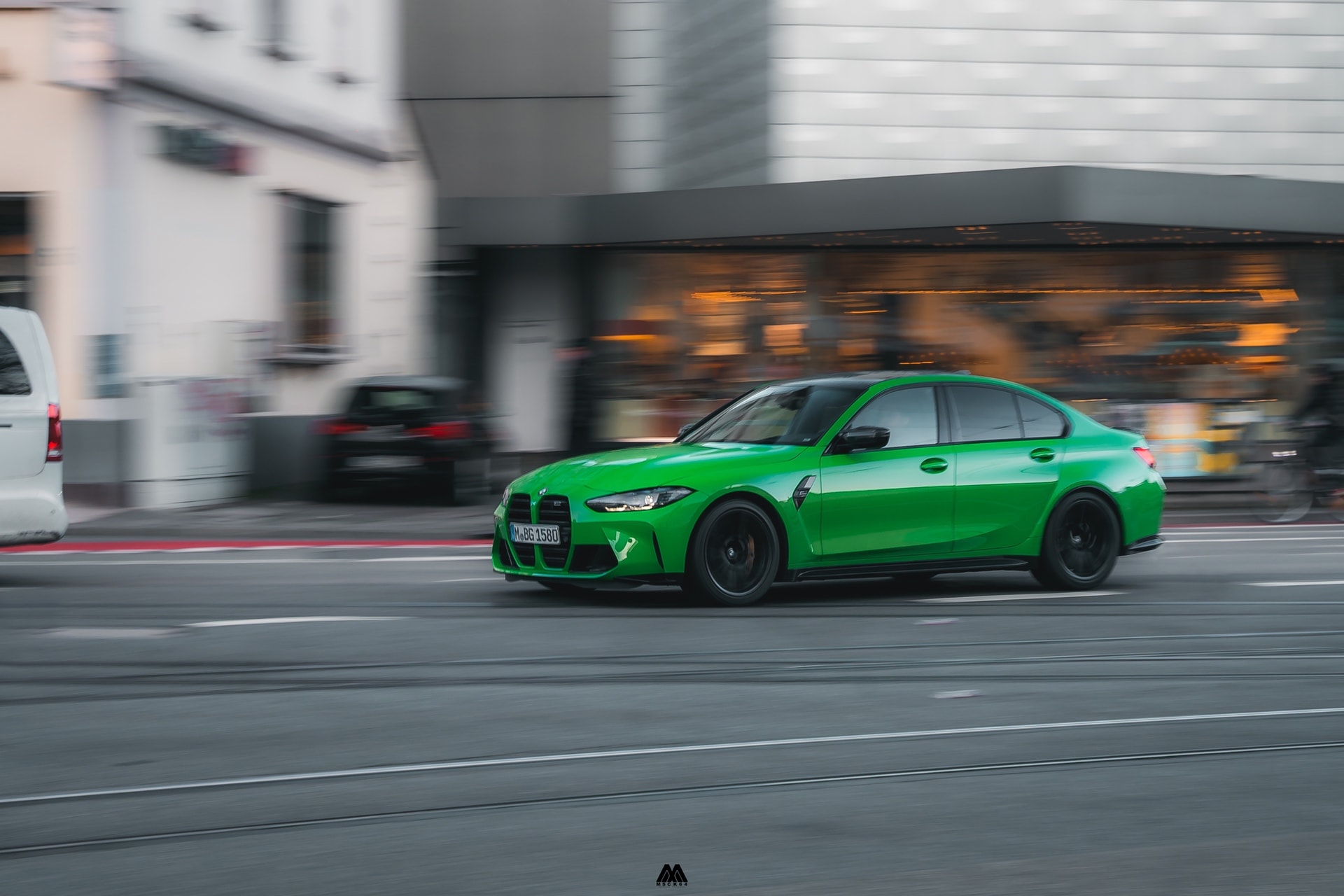 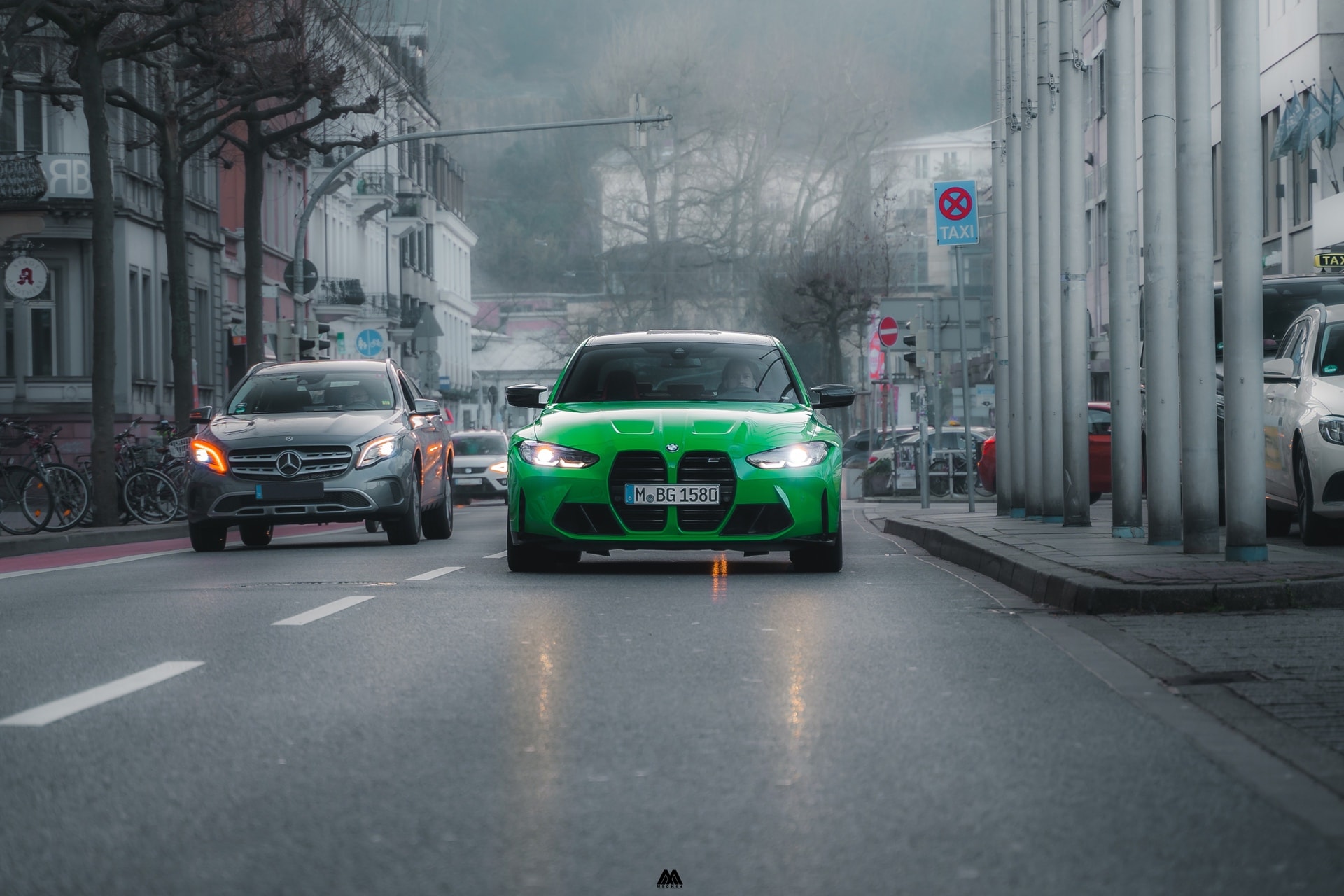 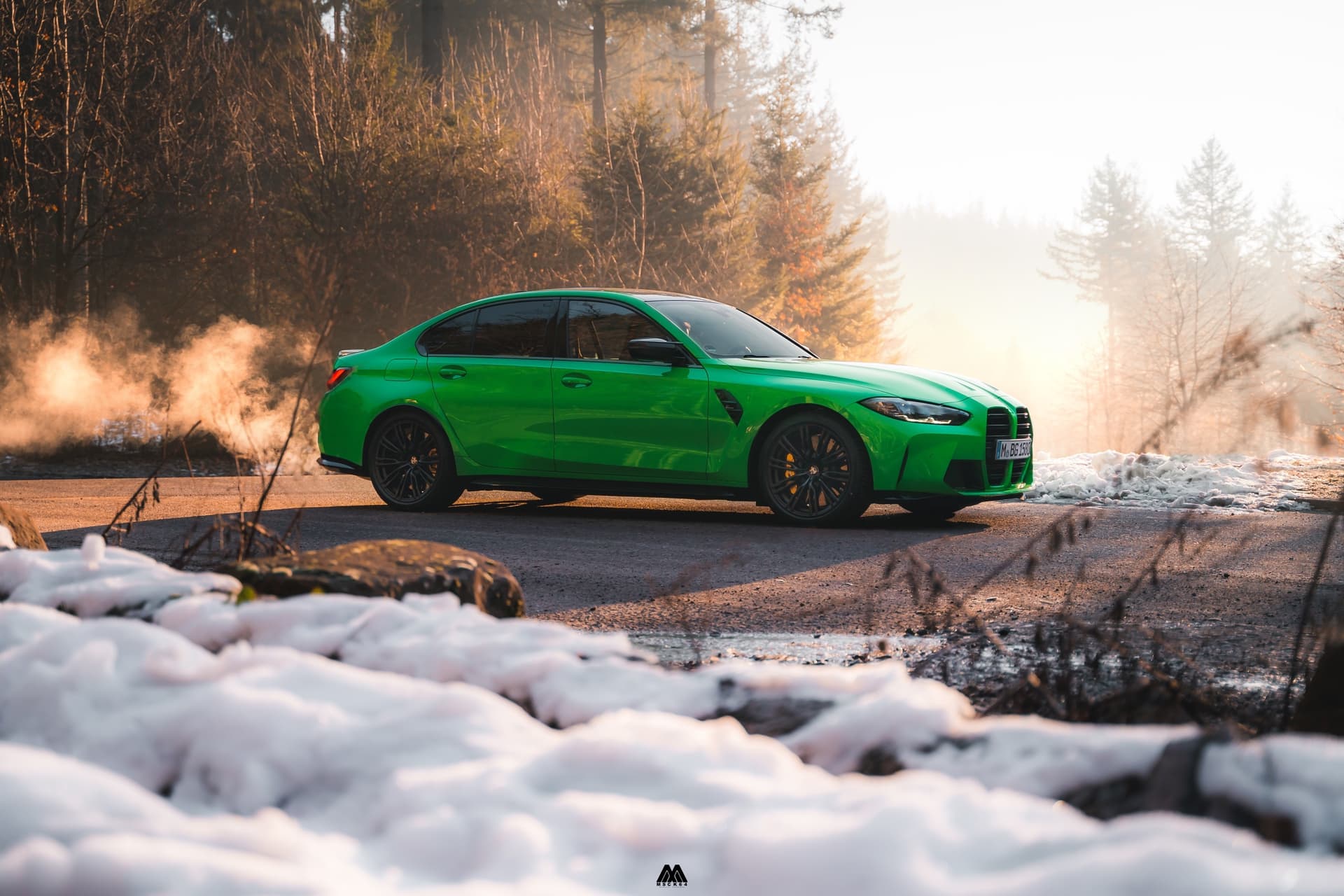 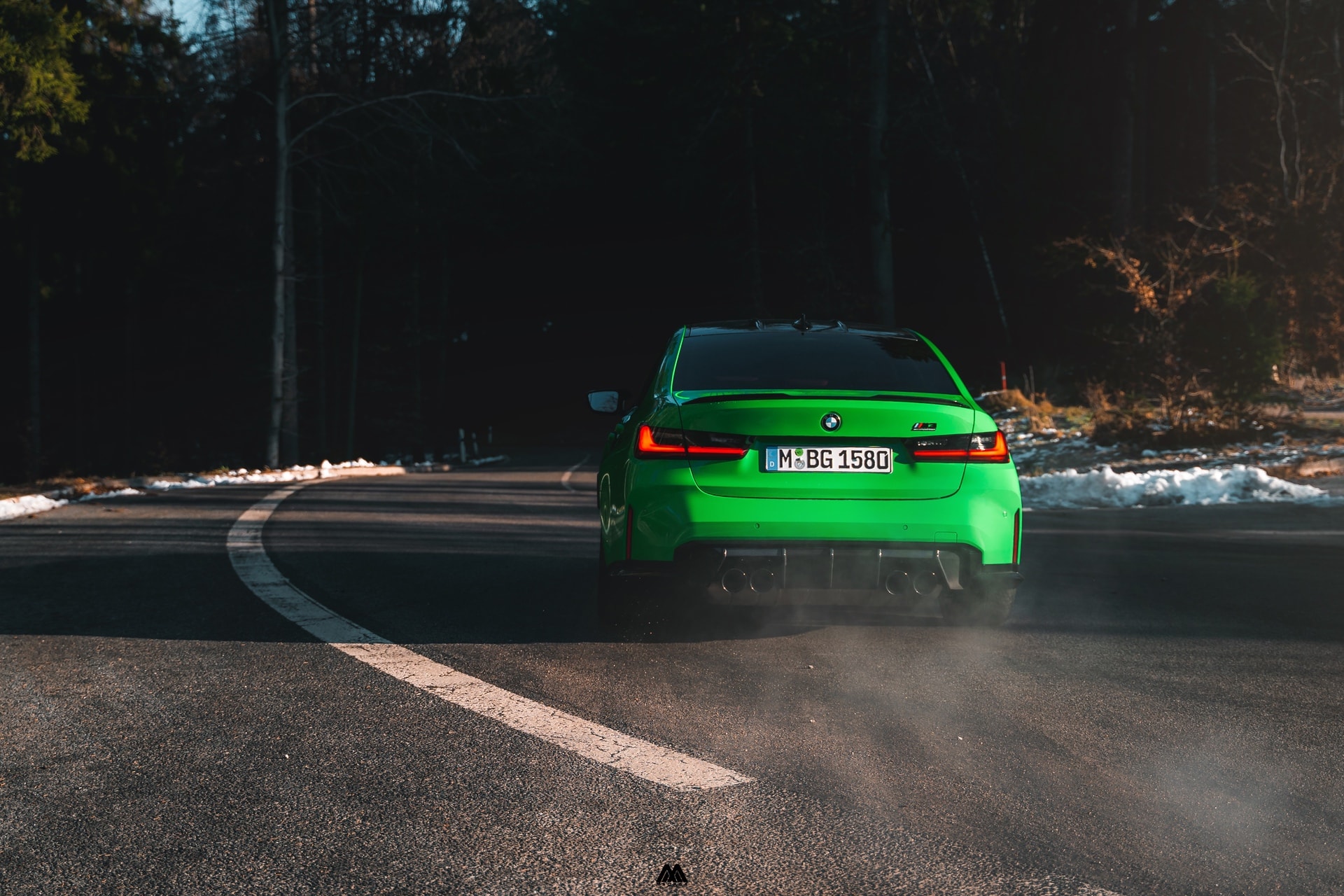 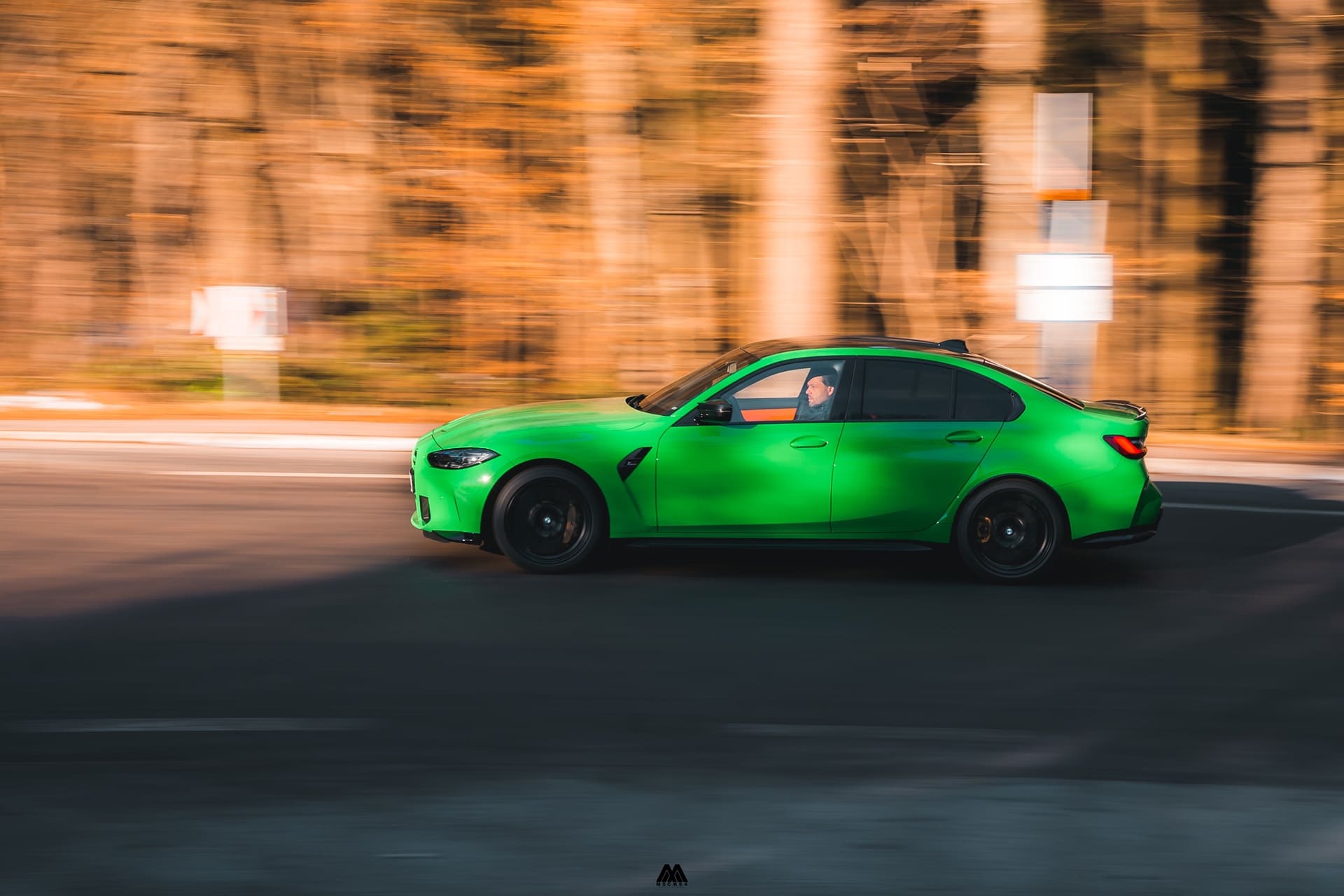 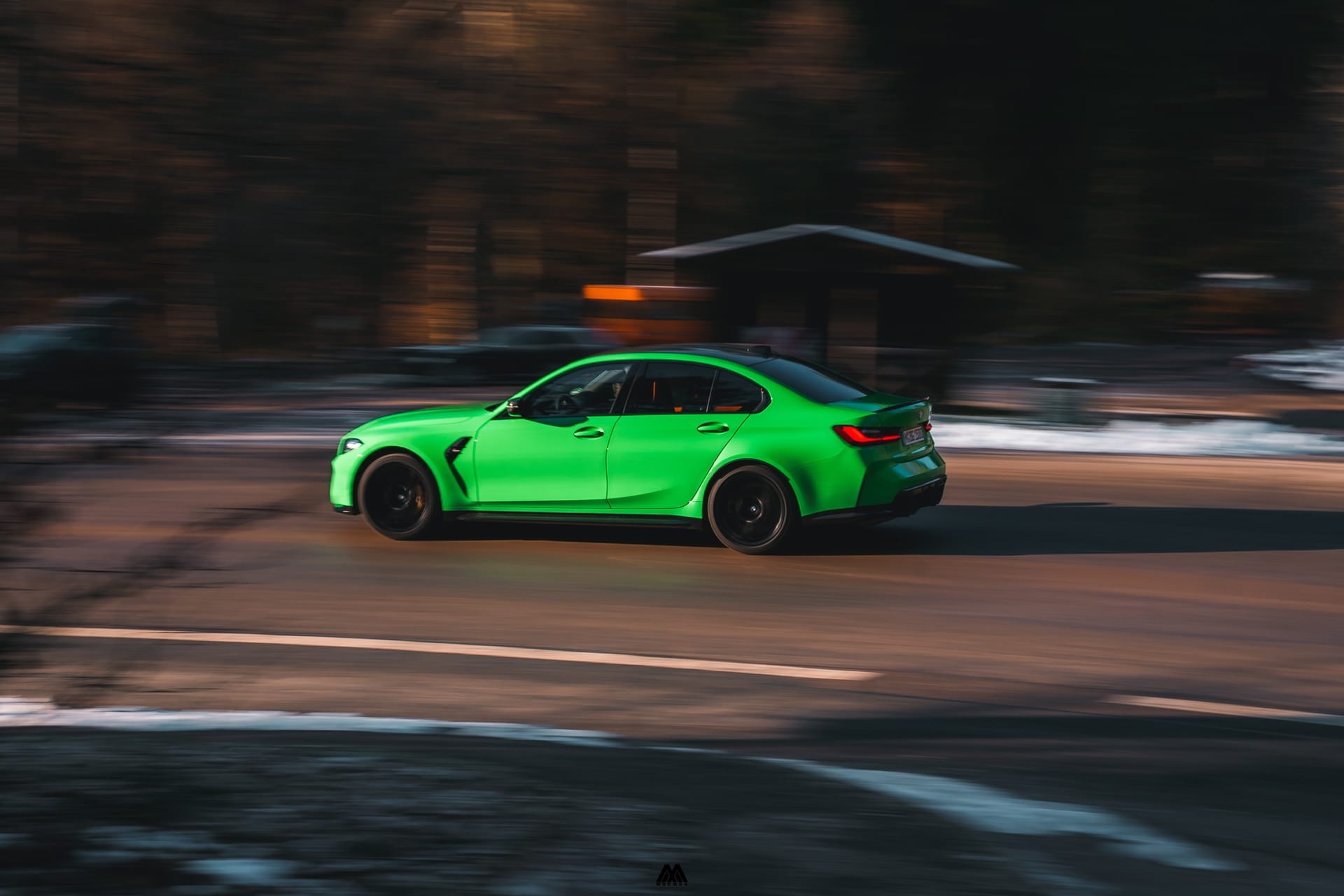 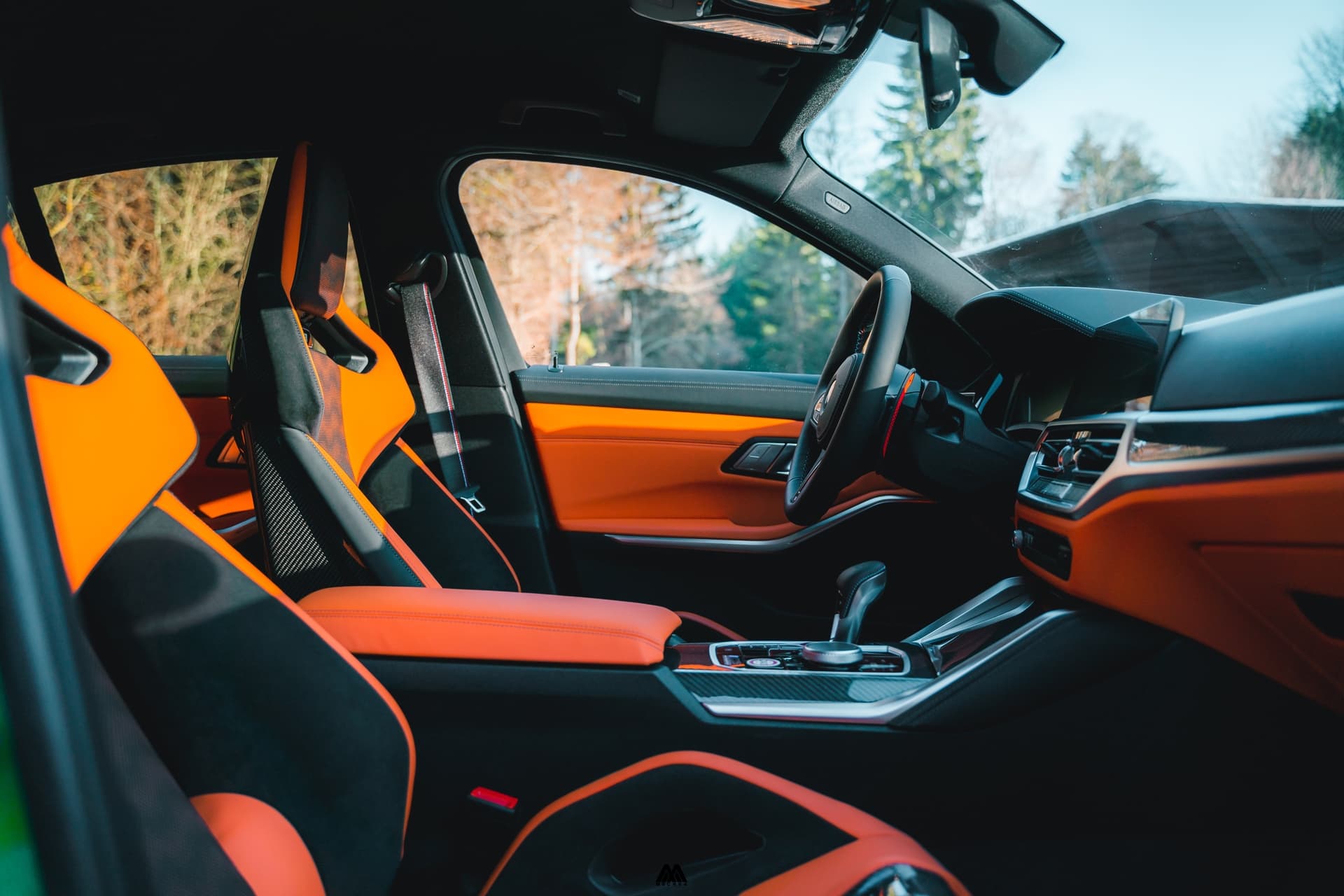 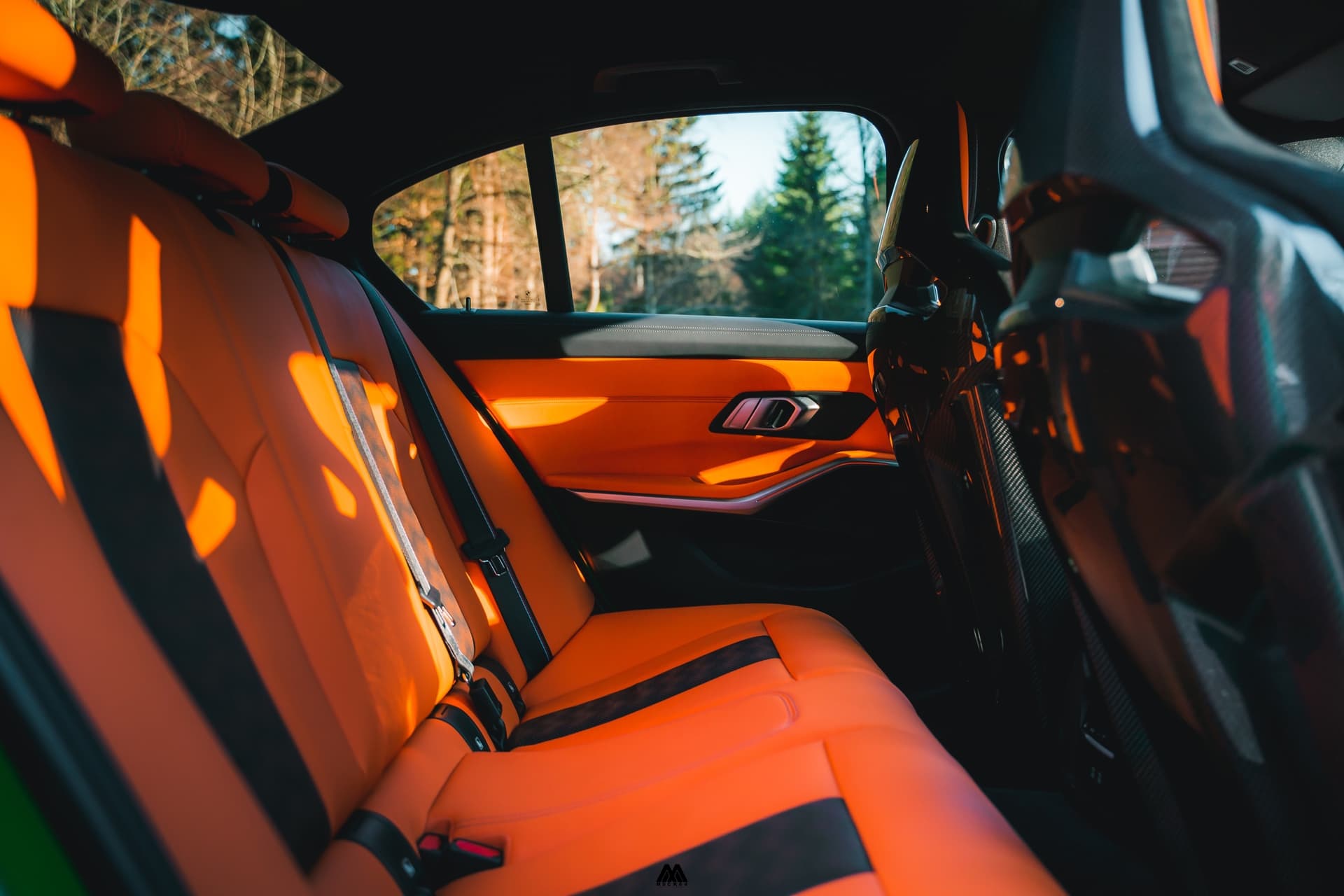 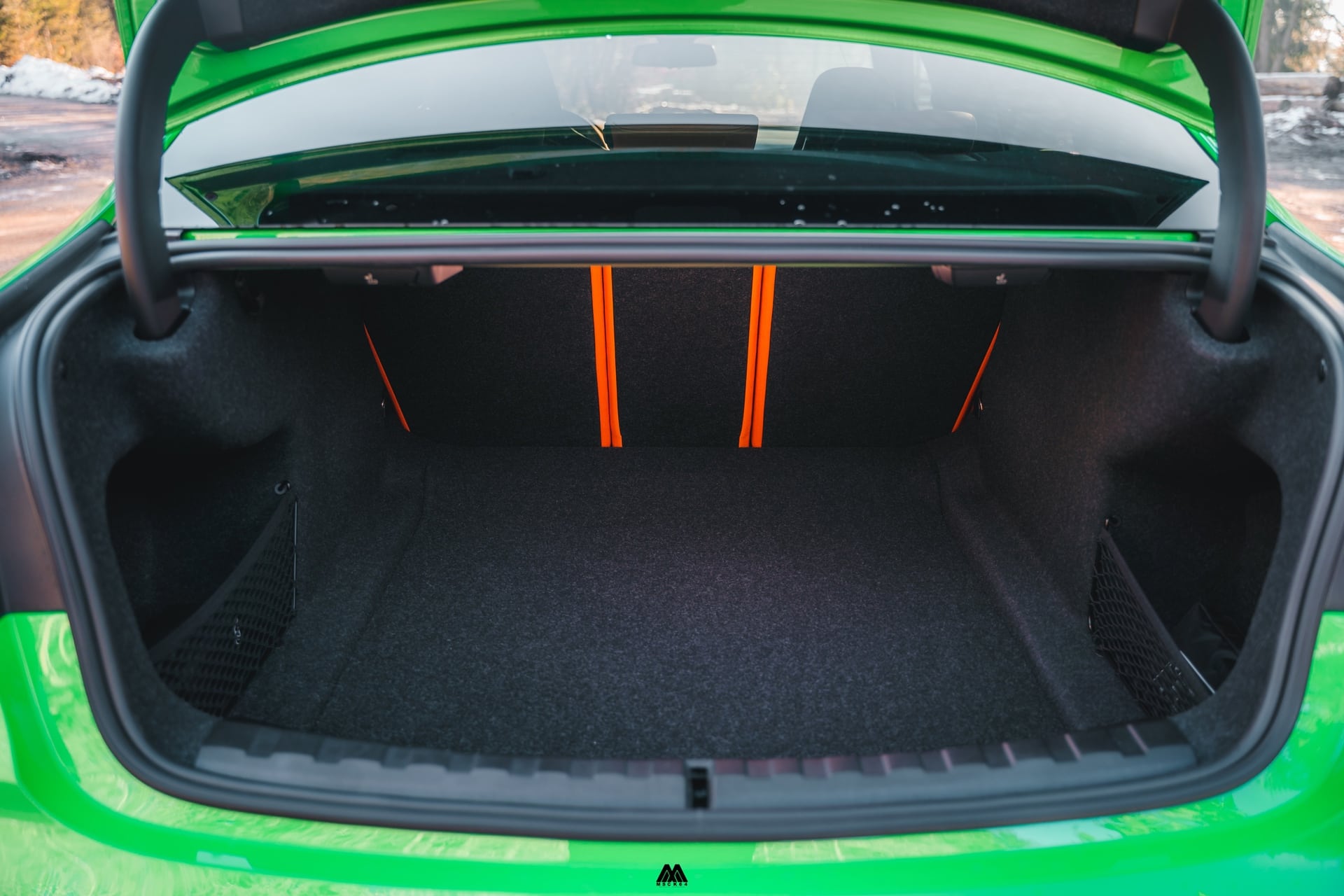 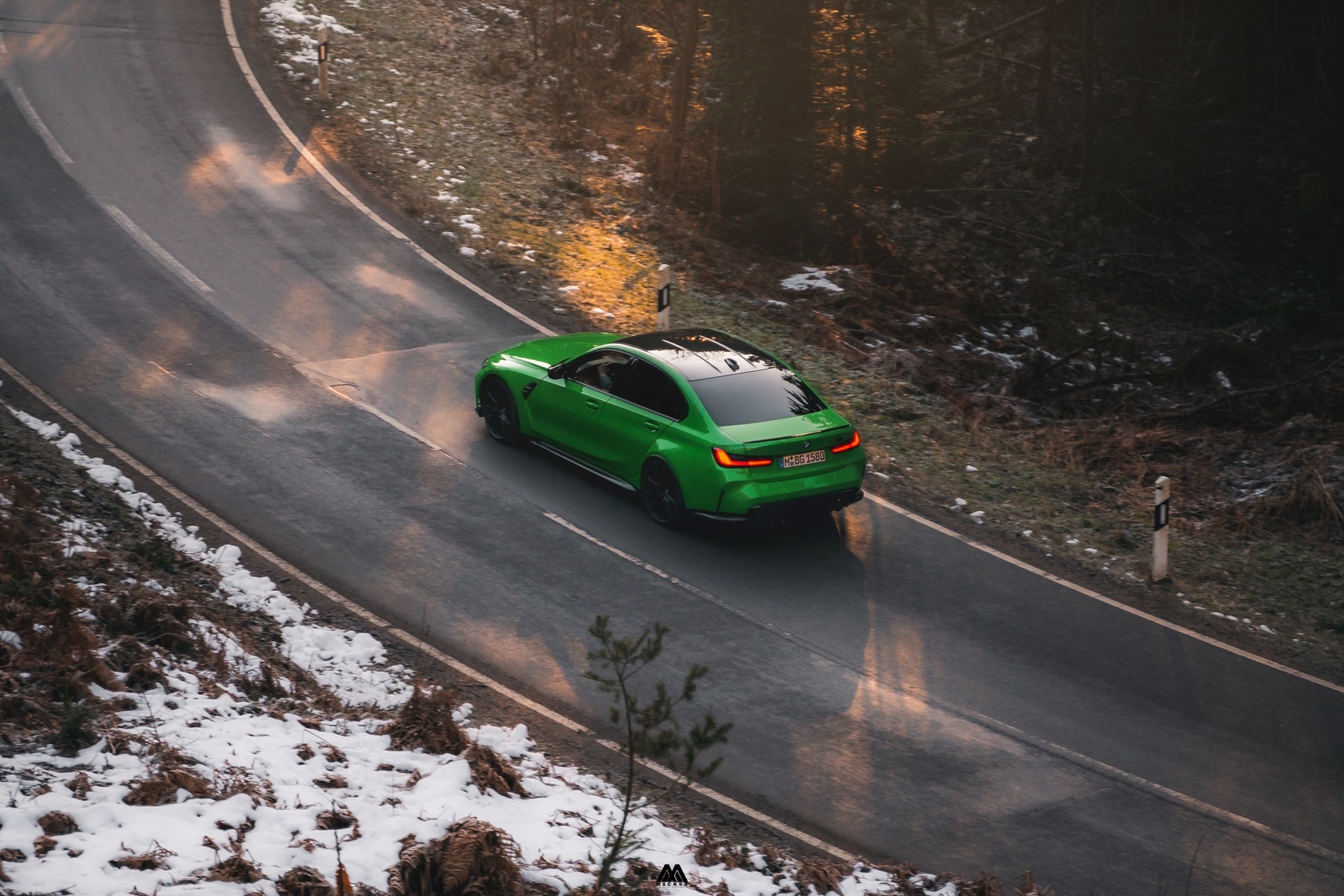