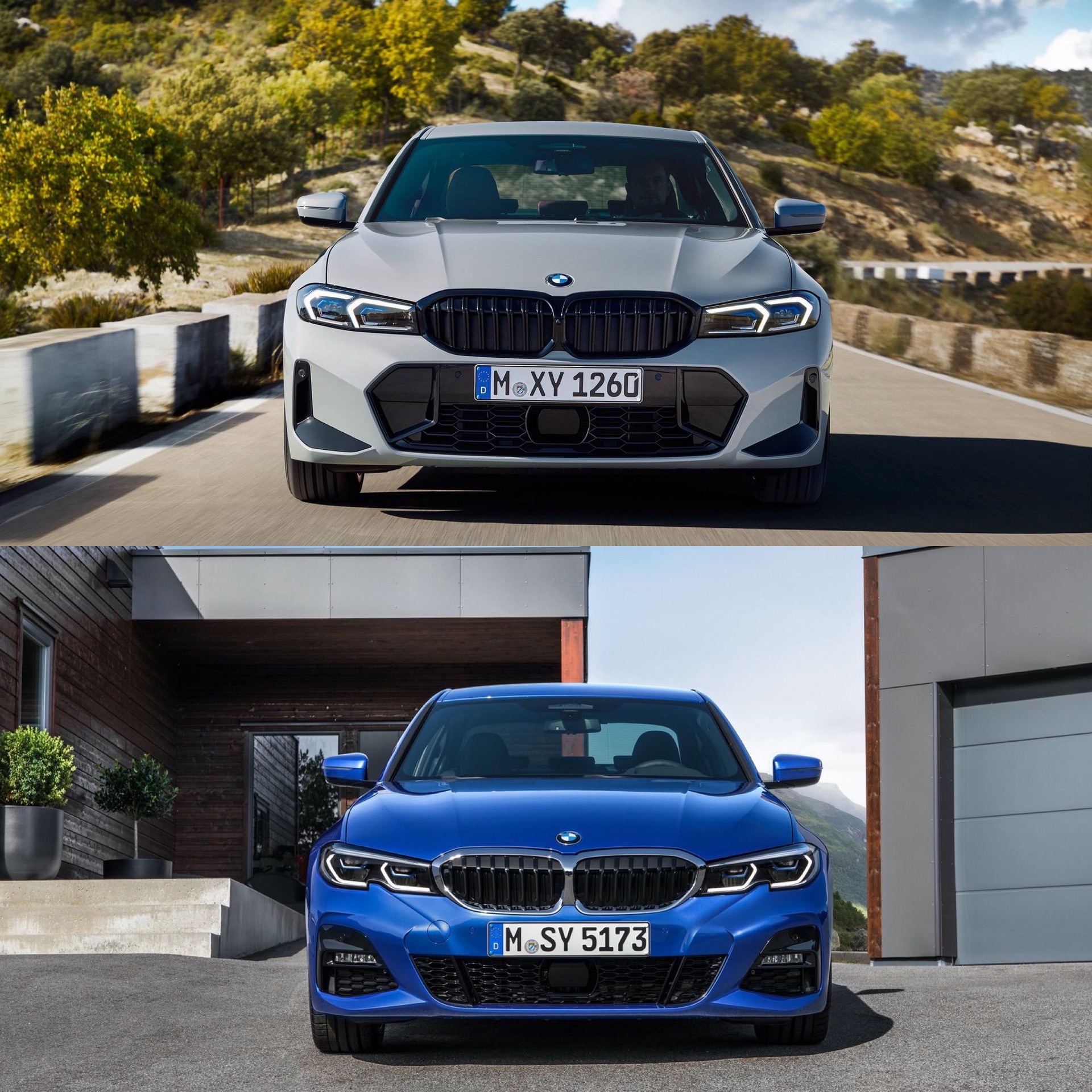 I’ll admit to being apprehensive about the BMW 3 Series Facelift. The current G20-gen 3er is one of the most handsome, most BMW-like looking BMWs on sale, with its simple, understated good looks. I also loved its notched headlights, which are throwbacks to the E46’s headlights. So the idea of BMW changing it, with how the brand’s new designs have been lately, I was nervous the Bavarians would ruin the 3 Series.

Thankfully, my apprehension was misguided, as this new LCI model looks great. Now that it’s been released, let’s take a look at both cars, though, to see if the new LCI car is better looking than the pre-LCI car. 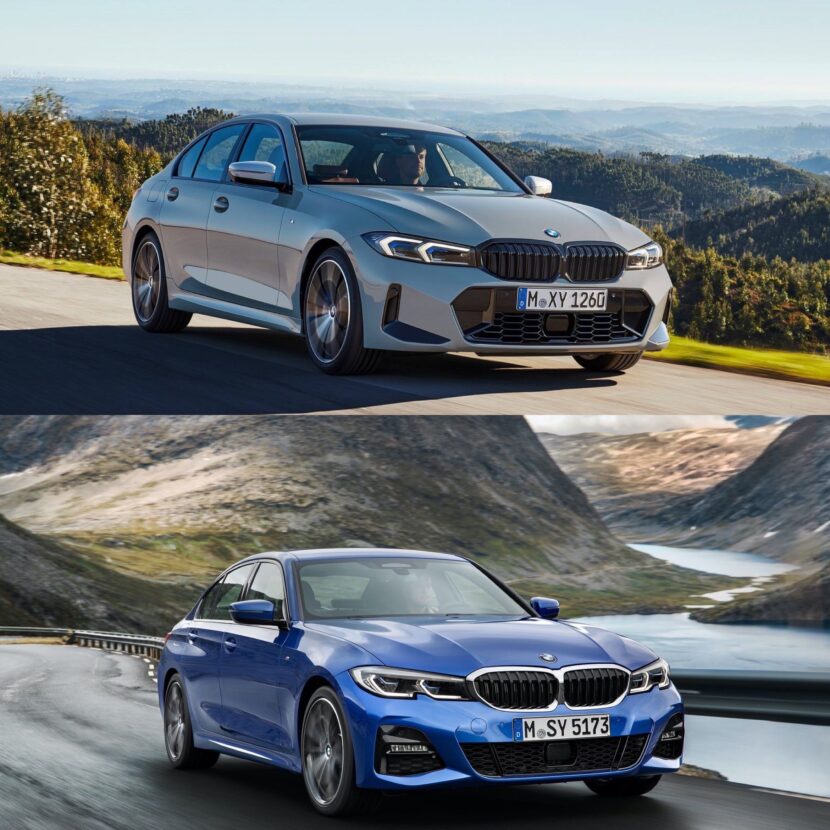 Let’s start up front, as that’s where the most has changed. BMW basically replaced the entire front end of the G20 3 Series for the LCI. Its headlights are all new, its grille features different vertical bars, and its whole front fascia is different. But is it actually any better?

To be honest, I think so. The new headlights are similar to those found on the 4 Series and lack the G20’s original notches, the latter of which I always loved. And yet, I think these new ones look sharper, sportier, and more premium. The new grille bars are now doubled up, similar to those you’ll find on modern M cars, which give it a more aggressive look. And the new lower front air intakes are not only larger but they’re simpler, better proportioned, and feature more cohesive lines. As much as I like the pre-LCI G20 3 Series, I think the LCI is better looking. 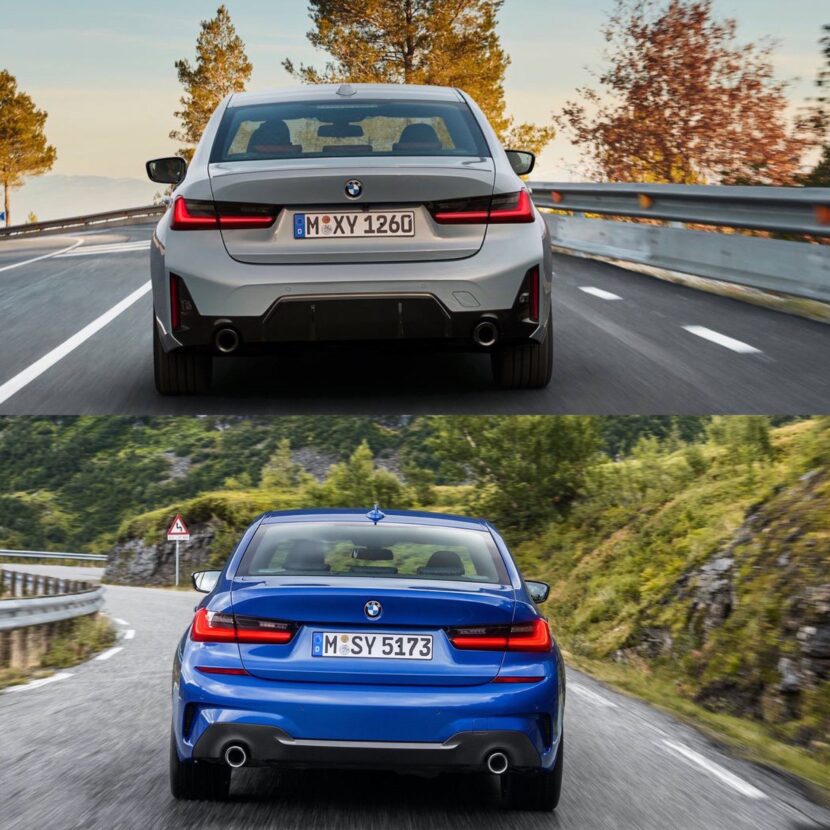 Out back, there’s almost nothing to mention. The LCI 3 Series has a relatively large new fake diffuser. It looks fine. But that’s about it. So it’s a wash.

Inside, though, the new 3 Series LCI gets the same new iDrive 8 infotainment system and digital gauges as the BMW iX and i4. Not only is it more high-tech, more functional, and easier to use, but it’s better looking. The new gauges feature more a intuitive design, better looking graphics, and more customization. 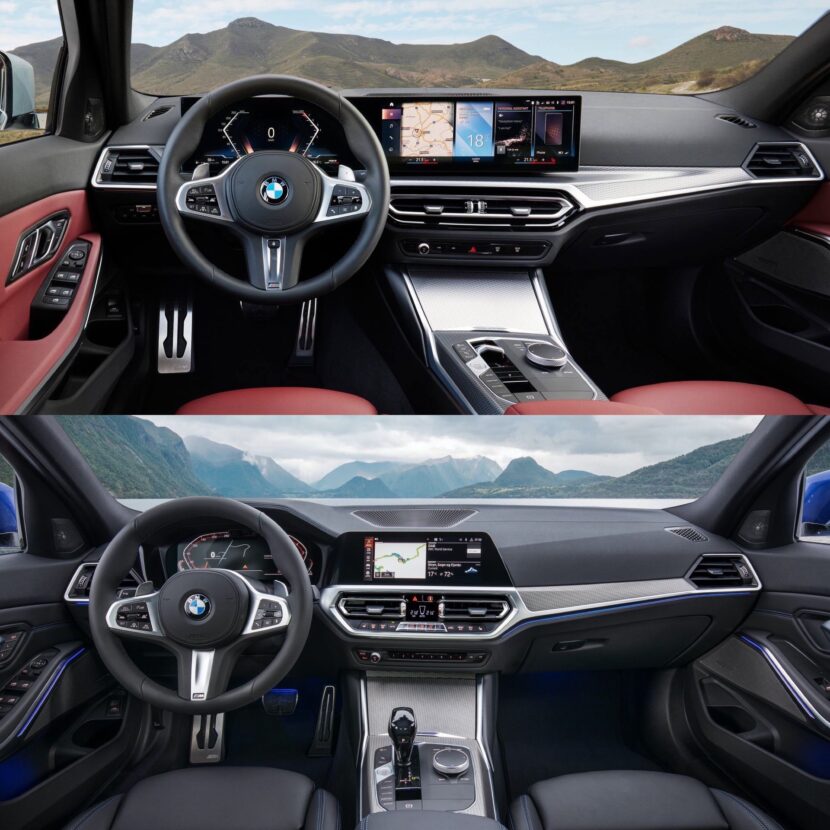 It’s just a better setup overall. The only downside is the lack of physical climate controls in the new LCI version, which will annoy some enthusiasts. However, having used iDrive 8 for awhile now, it doesn’t bother me as much. I’d still prefer physical controls but, from my experience, the benefits of iDrive 8 out way the the downsides.

All in, I think the new BMW 3 Series Facelift is better looking and higher-tech than the car it replaces. If I owned a pre-LCI car, I’d think about trading it in for the LCI car. It’s sharper, sportier, more cohesive, and has some nicer interior bits.