BMW XM Spied Looking Striking With Most Of The Camouflage Gone 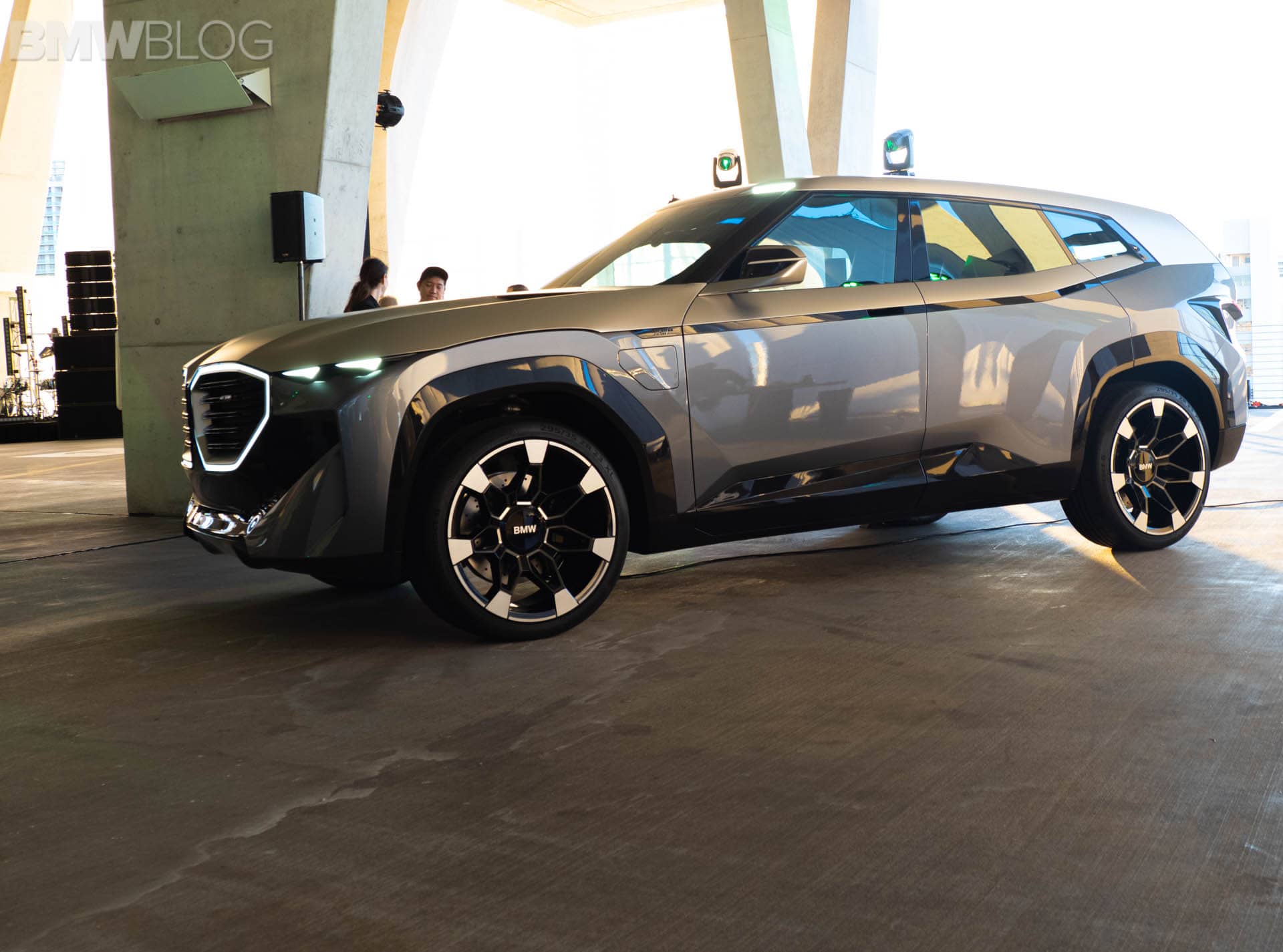 Although BMW invited a select group of journalists to take the XM for a spin, the plug-in hybrid SUV was still covered in camouflage inside and out. Well, the cat is now (mostly) out of the bag as the dedicated M car was spotted at an undisclosed location near an airport. Although series production at the Spartanburg factory in South Carolina won’t commence until December, this prototype seemingly has all the final bits in place.

What you see is what you’ll probably get once the XM will go on sale in 2023. Yes, the concept’s gigantic kidney grille is staying, and so are the stacked exhaust tips. Compared to last year’s showcar, the final version has gained regular handles that stick out from the body rather than being flush with the doors as on some newer BMWs. The side mirrors have been slightly tweaked to bring them in line with other M cars and appear to be a tad larger for greater visibility.

We already know the XM will be offered with 23-inch wheels and this pre-production vehicle had them judging by the “R23” on the tire sidewall. Mirroring the Concept XM, the upper corners of the rear glass proudly carry the BMW roundel while a wiper has been added for extra practicality. A closer look shows the diffuser has been toned down a bit, but it’s still imposing because of its sheer size.

The side profile view shows a sleek silhouette (for an SUV) reminiscent of the Lamborghini Urus. The black accents have made way for copper, including the thick upper character line and a significant section of the window frame. Right above the cap hiding the charging port on the front-left fender is the X ///M logo with a black contour to echo the concept.

The photo set also includes a peek inside the cabin to reveal the prototype was built to right-hand-drive specifications. While some of the recent BMWs have switched to a small gear lever, the XM has the familiar shifter that sticks out. Finished in red, programmable M1 and M2 buttons accentuate it is a fully fledged M car, the first of its kind after the iconic mid-engined M1 coupe.

The prototype appeared to have a two-tone interior with a black lower section and a velvet red upper half as denoted by the A-pillars and the upper section of the door cards. Overall, the interior also gives the impression we are dealing with 99% of the finished product, so not much will change for customer cars. If you’re wondering why the XM sits so high, it’s likely because the vehicle was in transport mode. As a reminder, the engineers have decided against installing an air suspension because it would’ve reacted “too sluggishly.”

With production kicking off before the year’s end, the official premiere should take place in the latter half of 2022.