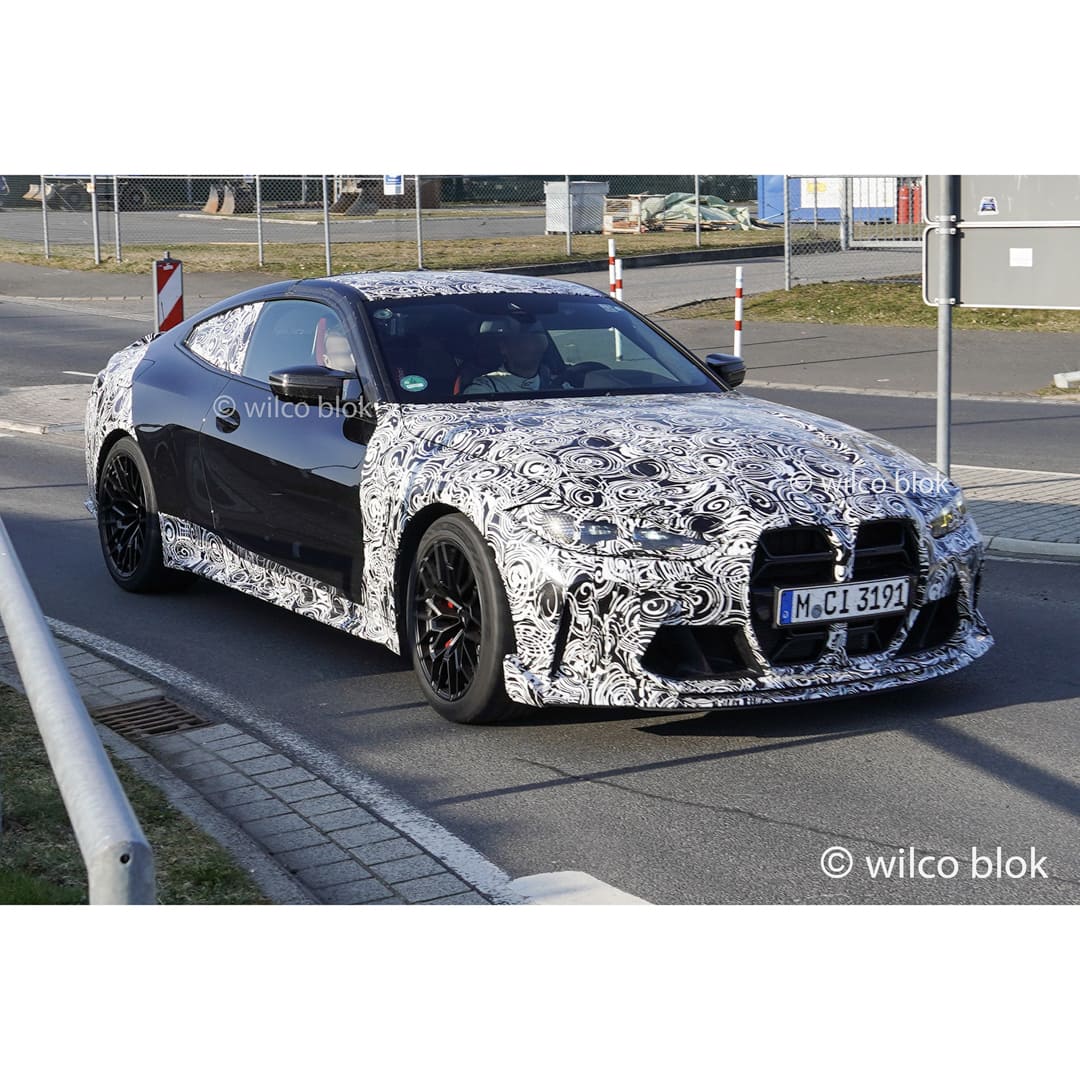 There are two Bimmers in the works that have fans incredibly excited; the BMW M3 Touring and the BMW M4 CSL. The latter of which is going to be a hardcore, track-focused sports car designed to pay homage to the E46 M3 CSL, which makes it potentially the more exciting car. Thankfully, some new spy photos are able to give us a taste of the new M4 CSL ahead of its release. (We don’t own the photos but they can be seen here)

In these new spy shots, we get a clear look at the new M4 CSL’s interior. To be honest, it looks mostly the same as the M4 Competition’s interior but there are a couple of important changes, one more so than the other.

Let’s start with the least important change — the steering wheel. It’s now wrapped in Alcantara and, maybe I’m just crazy, but it actually looks a bit thinner than normal, too. The more important change is the new center console, which is now devoid of a lid but actually seems to have a little cubby by the driver’s elbow, which shows that BMW heard every enthusiast’s complaint about the lack of center console storage in previous CS models.

The central tunnel is also entirely made from carbon fiber and there’s a little leather arm rest behind the shift lever, with “CSL” stitched in red. Speaking of shift lever, the M4 CSL in these photos has an automatic transmission. There were some whispers about BMW not entirely killing the idea of a manual for the CSL but we knew that was a longshot at best. The M4 CSL will almost certainly be auto-only. It also seems to get the same carbon fiber buckets you’ll find in either an M3 or M4, just with “CSL” written on them. And all of the interior trim is carbon fiber, because of course it is.

These photos also show off the new wheels up close, which are very busy and aggressive, while also using the new 50th anniversary M logo center caps, which is a nice touch. Those 20-inch wheels are wrapped in 285/30/20 tires at the back and 275/35/19 tires up front.

When the BMW M4 CSL debuts, it’s likely going to be the most hardcore track-focused car BMW has ever made. We can’t wait to see what it finally looks like.