31.3-Inch Theatre Screen Inside BMW i7 Detailed In New Images 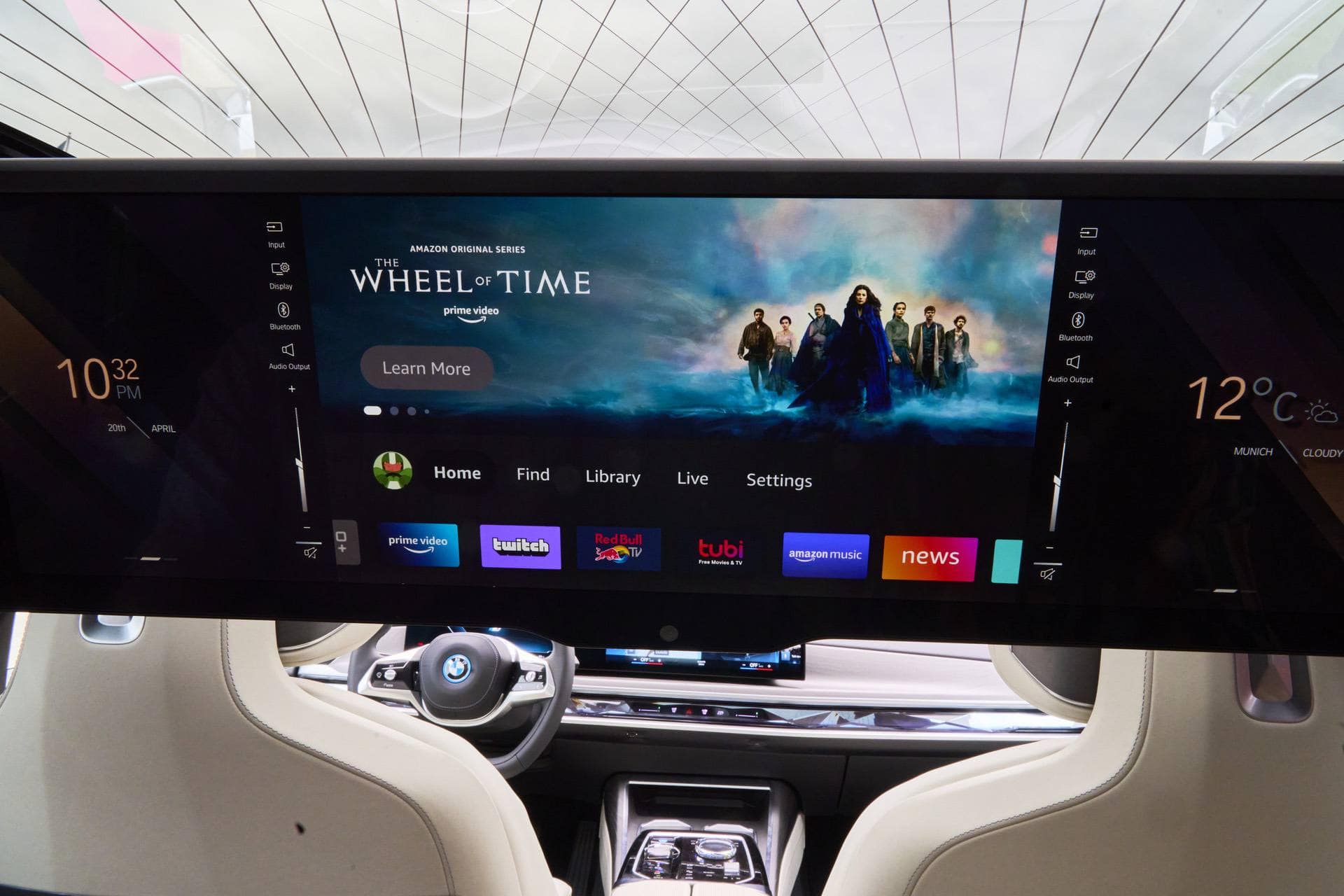 While bigger isn’t always better, you’ll have a hard time finding someone who will prefer a smaller TV. With that in mind, BMW has taken its rear-seat entertainment system to the next level for the 7 Series G70. Gone are the traditional tablet-like displays mounted on the back of the front seats. You’ll still find such a setup on superior luxury cars from Bentley and Rolls-Royce, but the G70 does things differently.

First previewed in January at CES in Las Vegas, the Theatre Screen is one of the most interesting boxes you can tick on the options list. Not just because of its sheer size (31.3 inches), but also due to the display’s crisp 8K resolution and integration of Amazon Fire TV. We have new images of the ultra-wide screen, which can be controlled via the touch panels mounted on the door cards. 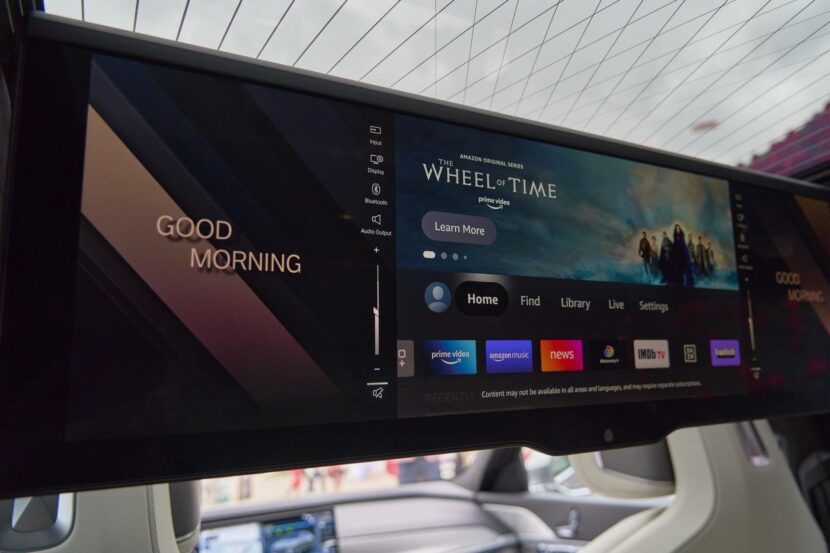 The display is not just for watching your favorite movies, but also for playing games, listening to music, and downloading apps. Of course, Theatre Screen really shines when you watch a high-definition movie in one of the supported aspect ratios (16:9, 21:9, or 32:9). It works together with the Bowers & Wilkins sound system or by hooking up to two Bluetooth headphones. 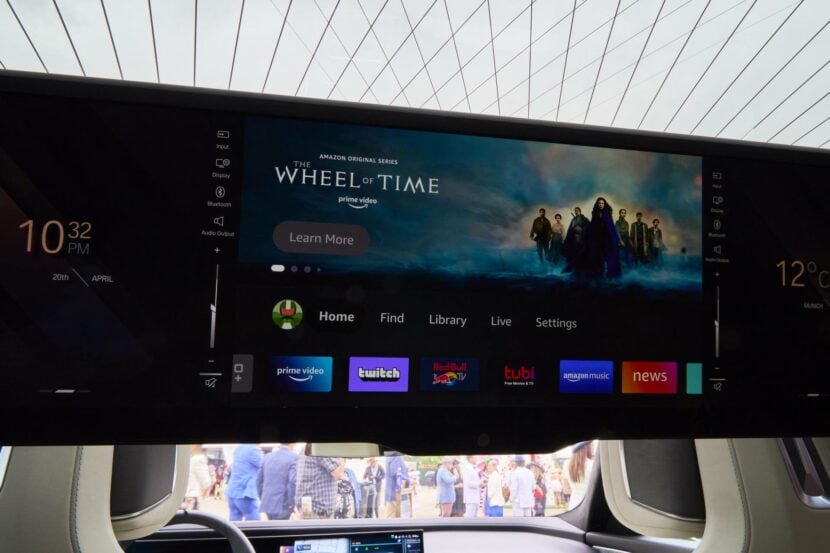 For that cinema-like experience, the sundblinds of the side and rear windows as well as the one for the panoramic glass are deployed and the ambient lighting is dimmed. When you’re done with the Theatre Screen, it folds neatly into the roof. As seen in the adjacent images, the display is nearly as wide as the cabin to create an immersive experience we have yet to see in any other car before.

As you can imagine, it’s one of the most expensive options that money can buy. The 2023 BMW i7 configurator is already up and running in Germany where the all-in-one multimedia source sets you back an extra €4,750. That works out to approximately $5,000 at current exchange rates. 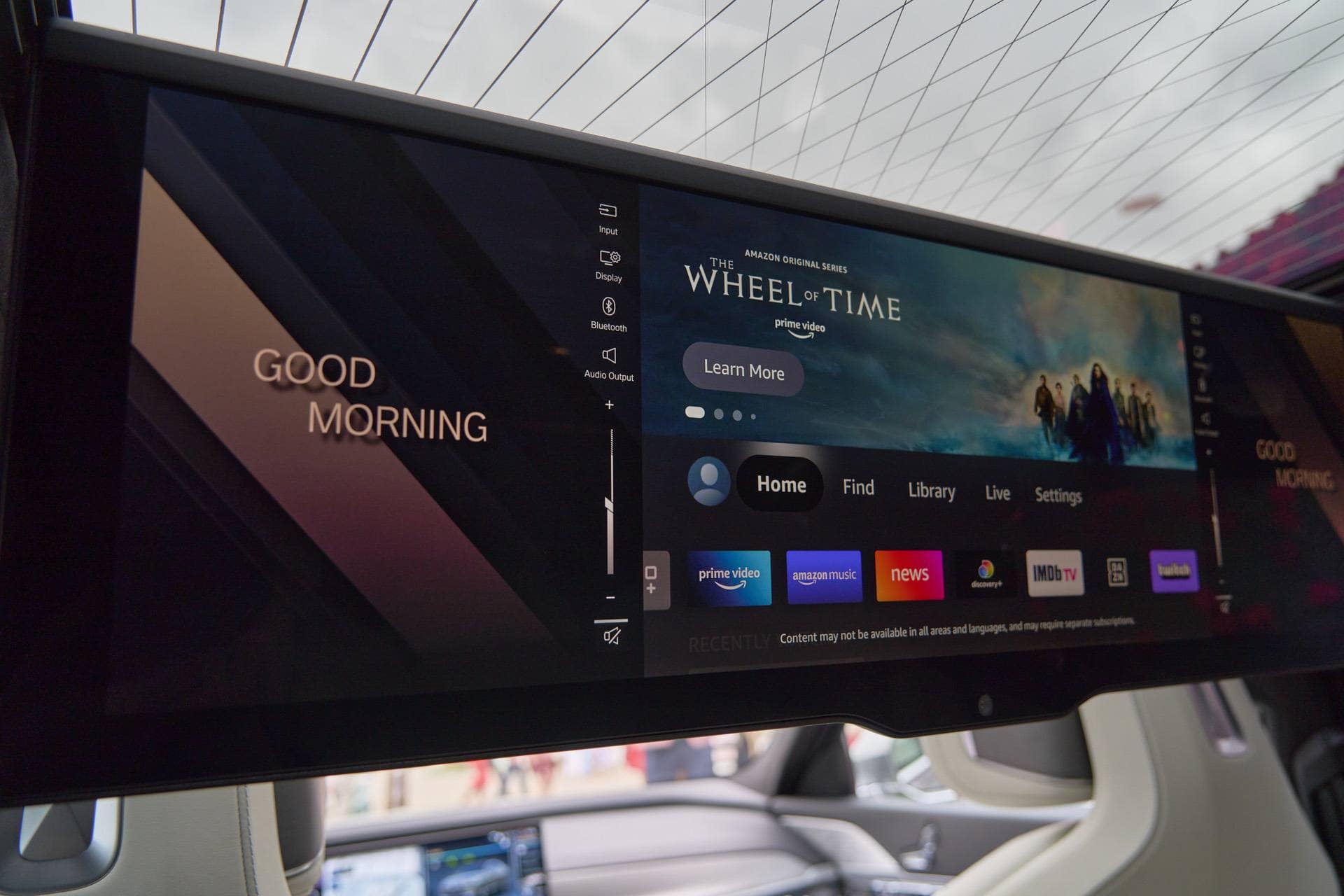 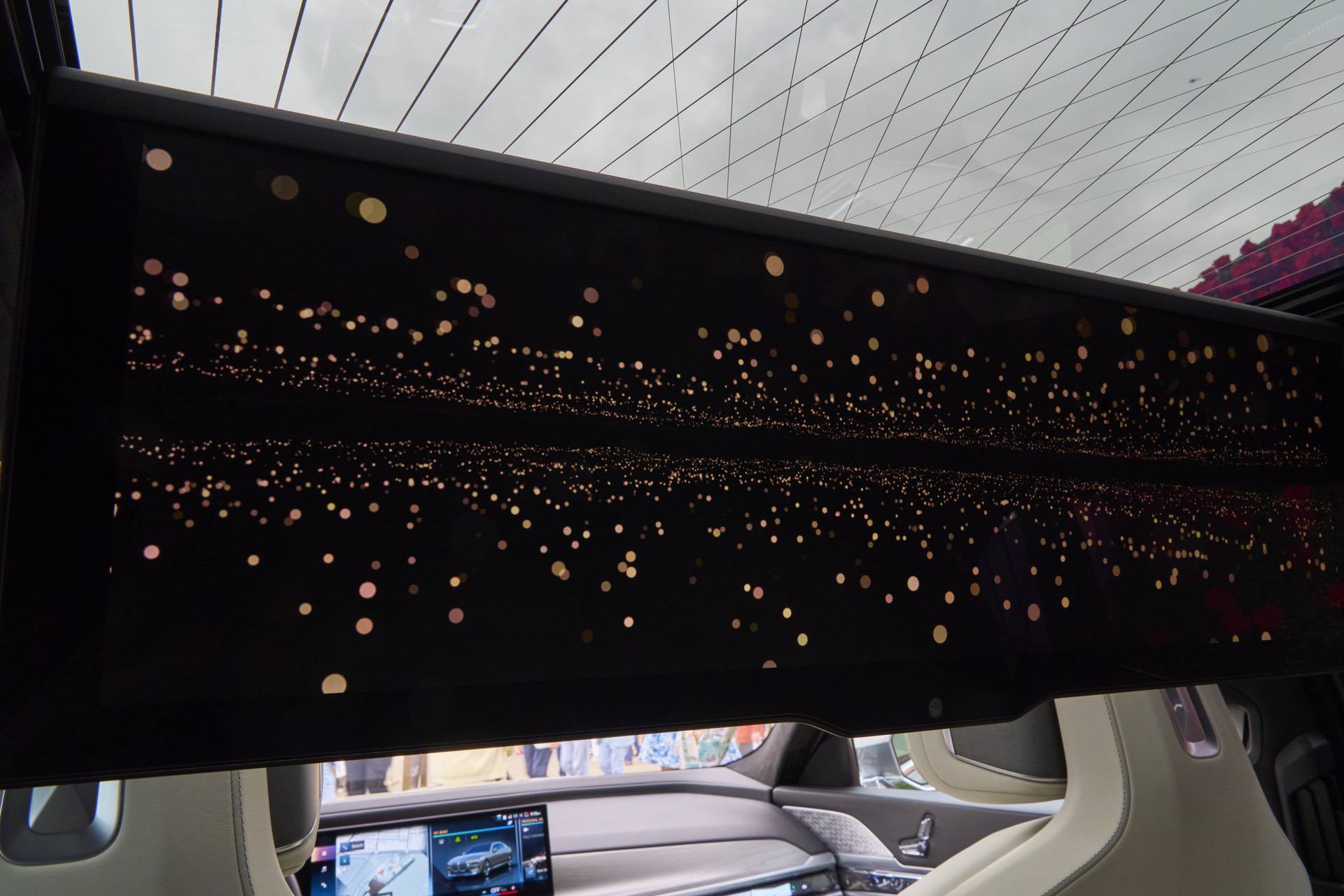 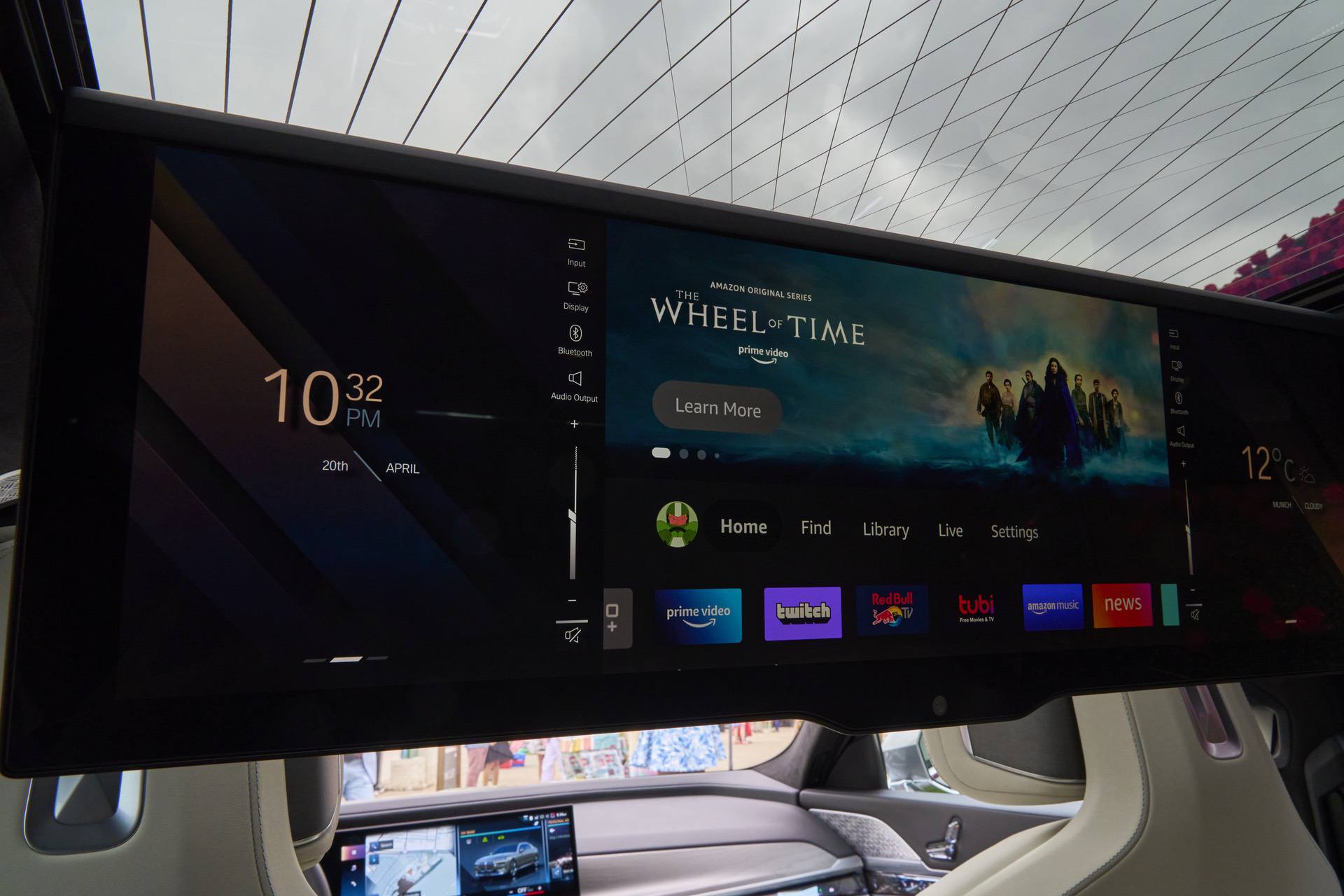 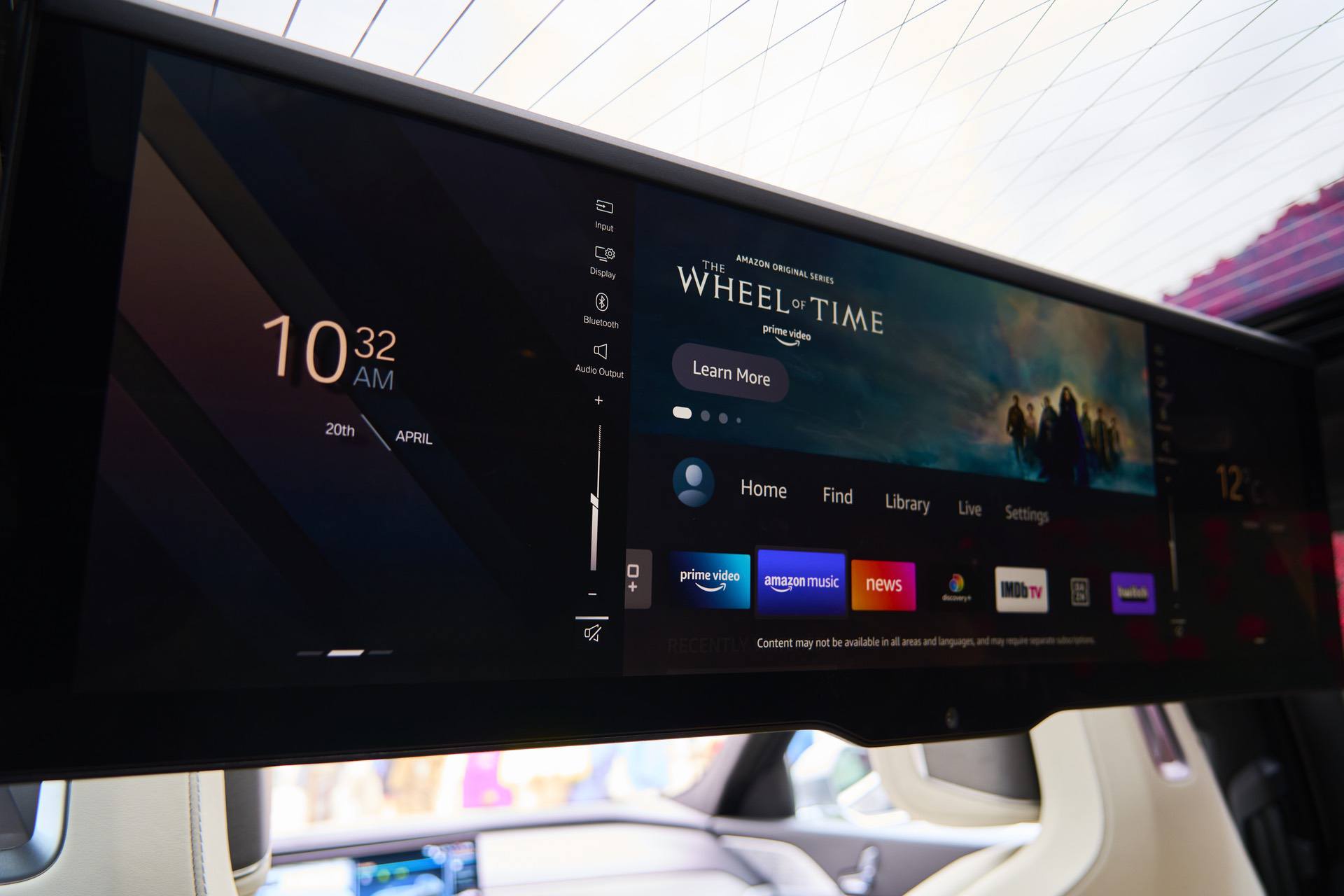 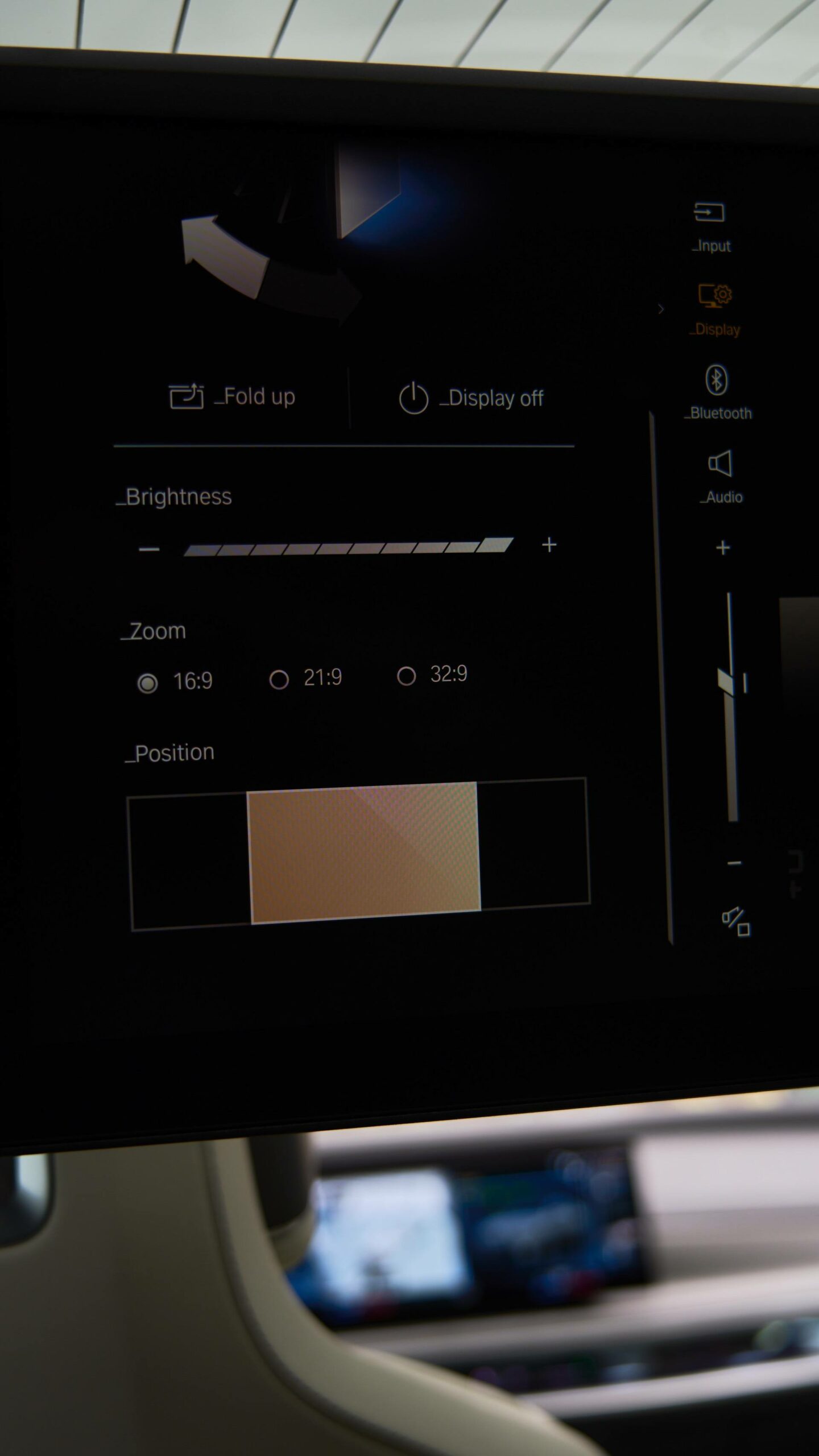 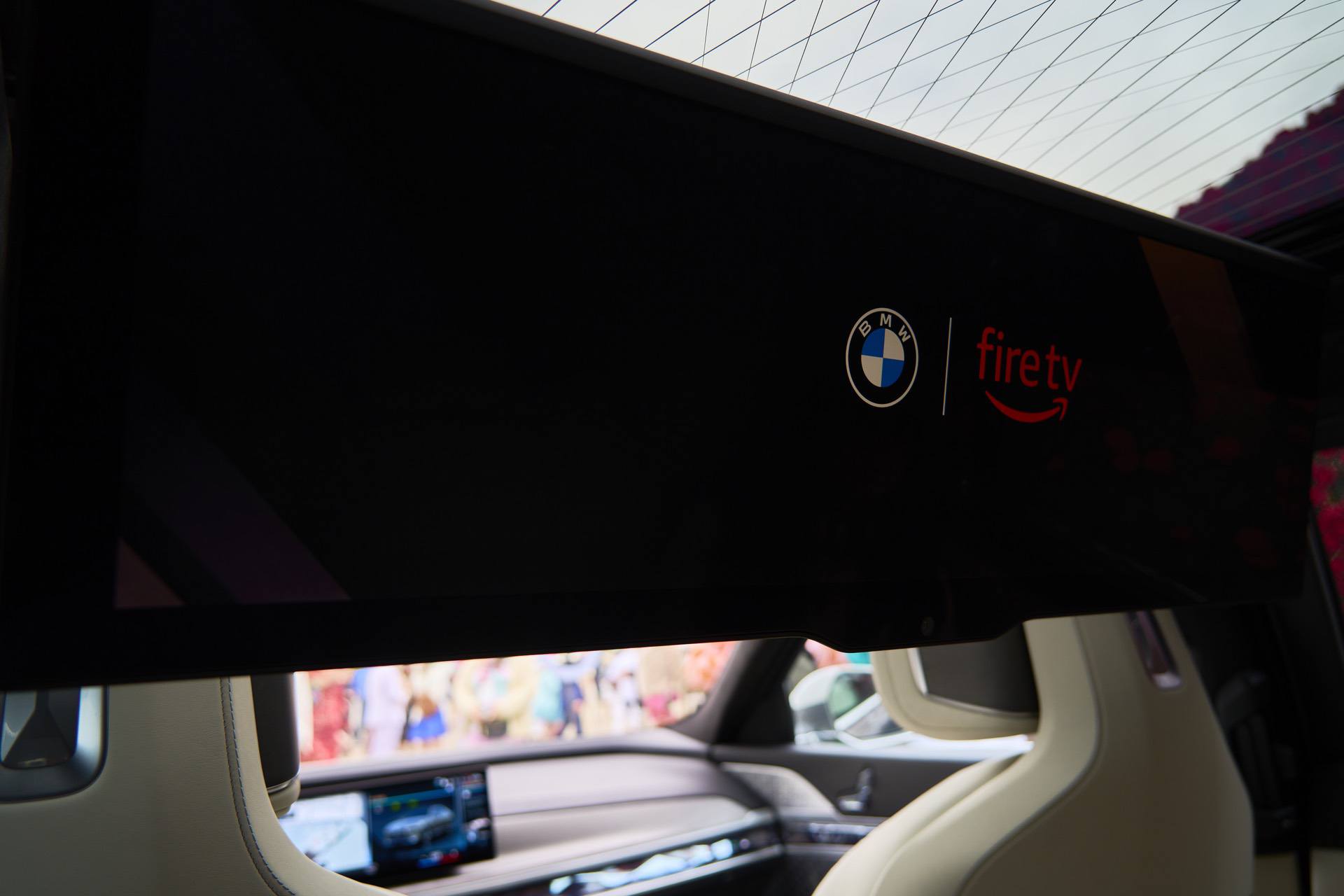 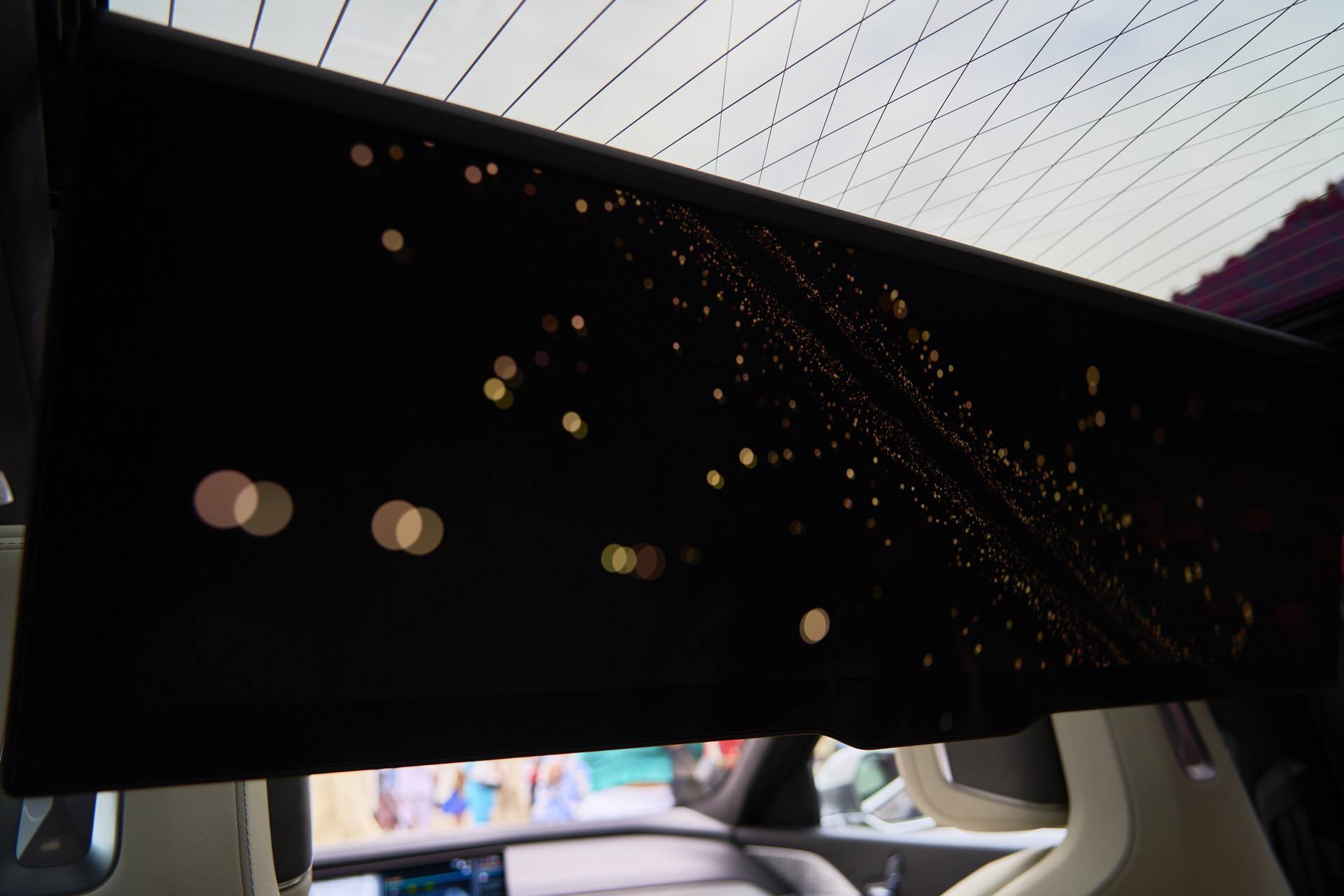 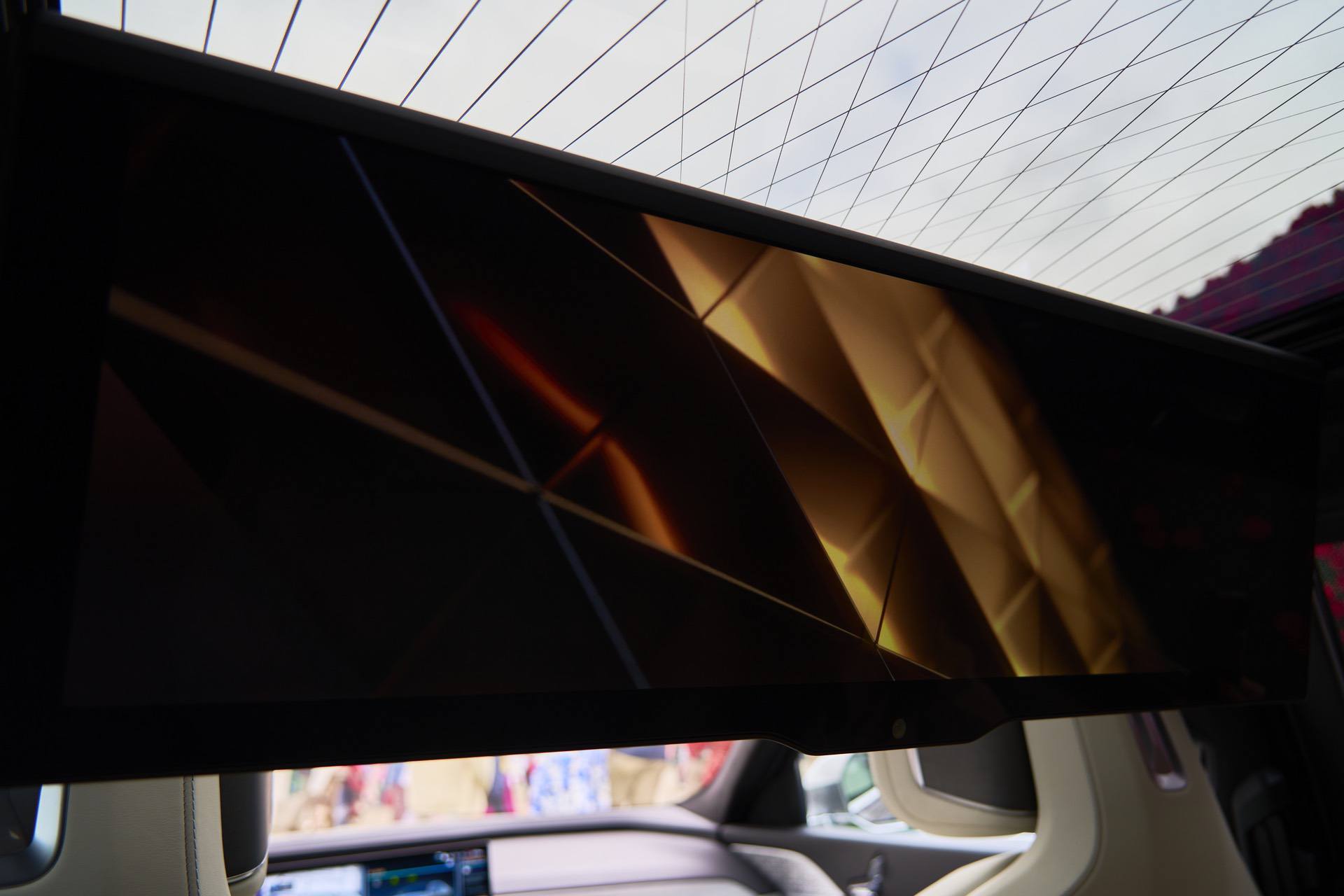 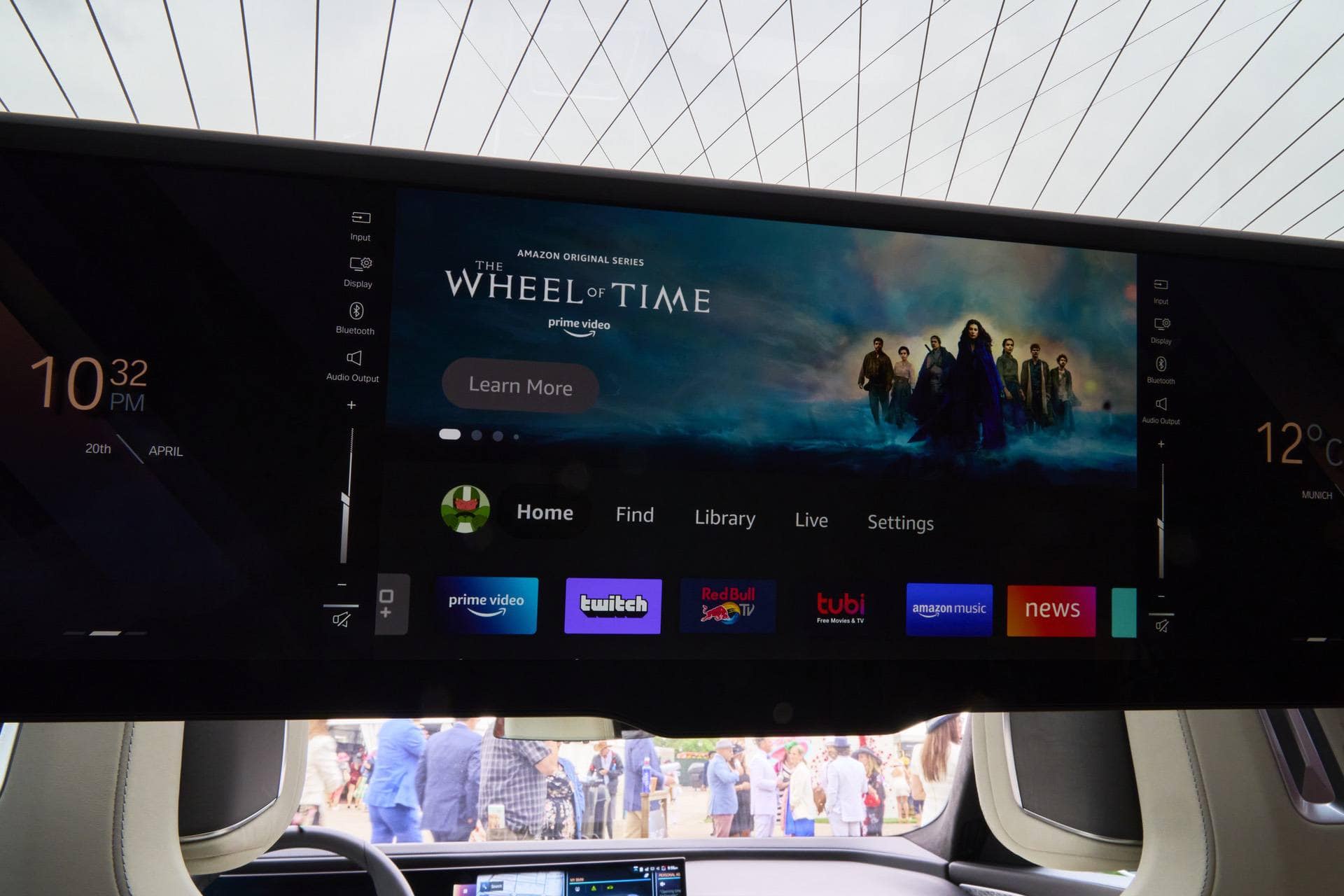 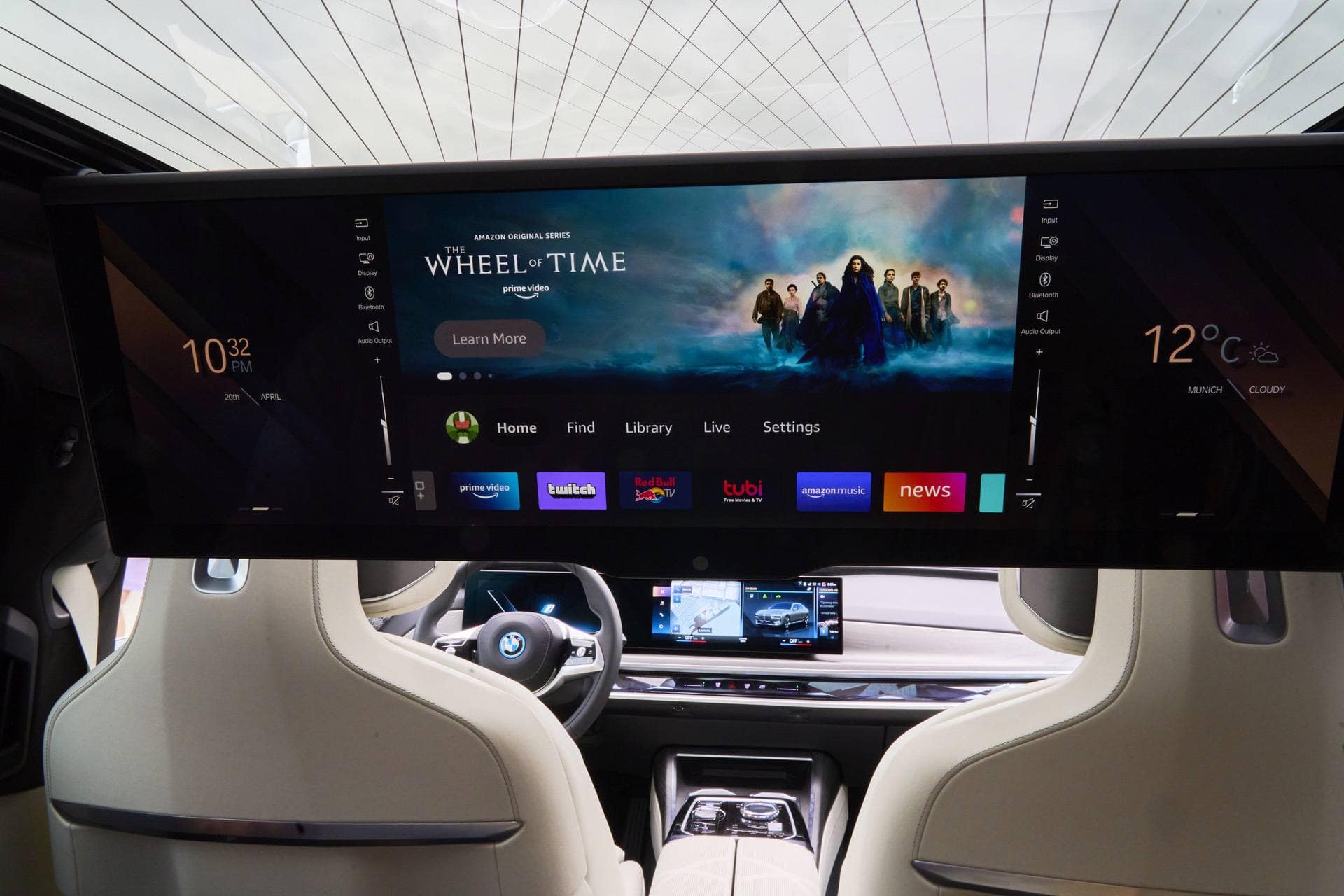