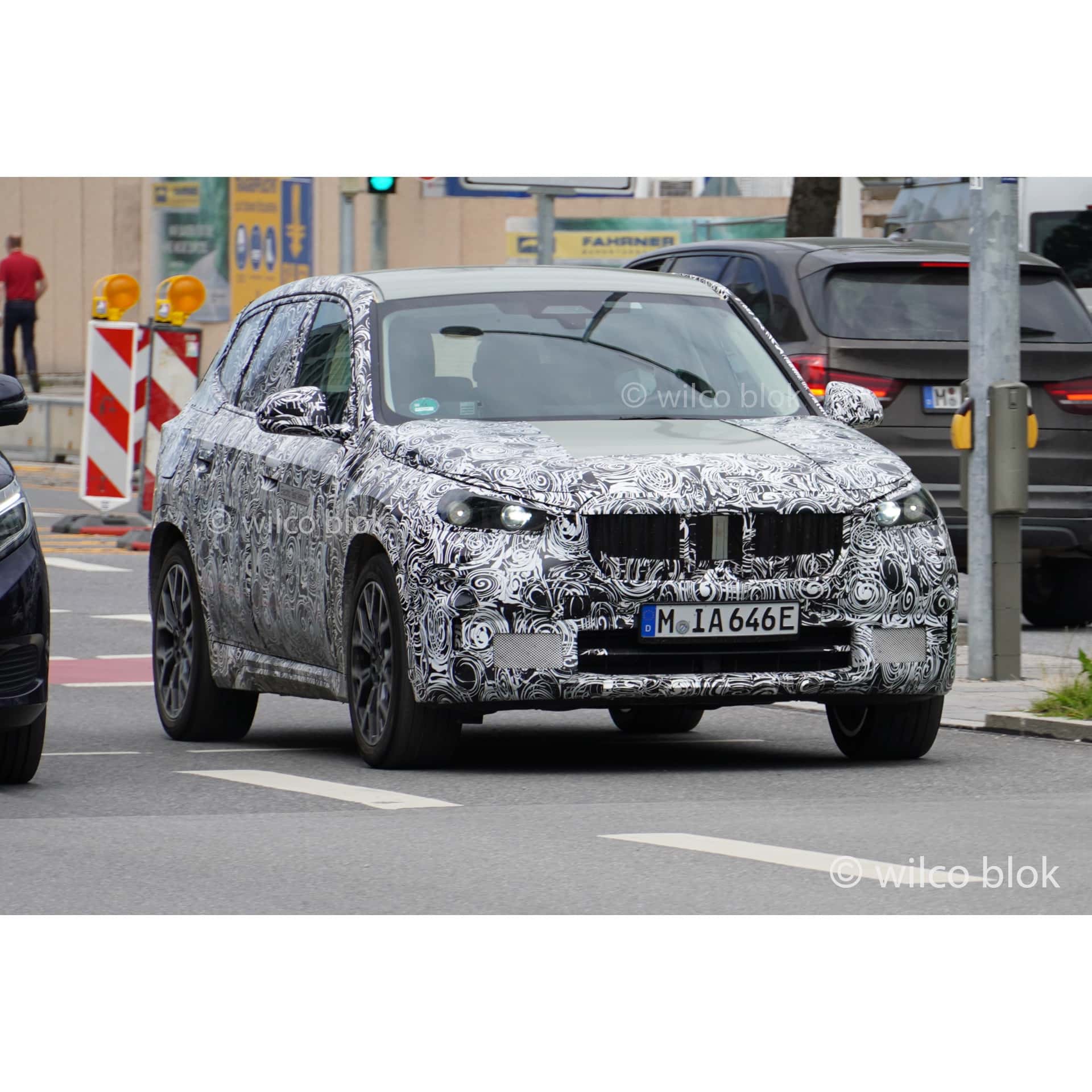 Since the BMW X1 switched to front-wheel drive, enthusiasts haven’t been interested in it much. Despite the disinterest of enthusiasts, though, the X1 remains a hugely important car for BMW, maybe more so now than ever before. This next-generation X1 will be the most affordable crossover in BMW’s lineup, which will immediately make it a top-seller. In some new spy photos, we get to see the new BMW X1 and some of its new design cues, one of which is sure to upset some of the loyal BMW fanbase. (We don’t own the spy photos but they can be seen here)

In these new photos, the BMW X1 goes apex-hunting at the Nürburgring and there’s one specific design detail to note. Or not note, actually. There aren’t any visible exhaust pipes on this X1, which is unusual for a BMW product, even an entry-level model. It wouldn’t be unusual if this X1 were an all-electric or even a plug-in hybrid model. But the car in these photos isn’t either, due to the lack of either “Electric Test Vehicle” or “Hybrid Test Vehicle” badges that European test cars are required to have.

For the past few years, as Mercedes-Benz and Audi products ditched visible exhausts for fake ones, BMW fans have sort hung their hat on the fact that their favorite brand hadn’t stooped to such fakery. No longer, though, as it seems BMW is joining the exhaustless ranks of its competitors.

Is that such a problem? Not really. There’s going to be an all-electric X1, which obviously won’t have any exhausts, so they’ll all look uniform now. Which might be the point. Plus, the rest of the X1 looks good so far. It’s sporty, has good proportions, and looks more like a taller hot-hatch than a shrunken SUV, which is what most enthusiasts want.

No, the BMW X1 isn’t going to be some blood pumping enthusiast’s car but it’s going to be an important one for the brand. The X1 is a car that enthusiasts with young families buy, so they can do the school run without out sacrificing all of the driving dynamics they love from BMW. Hopefully the new X1’s drive matches its looks.