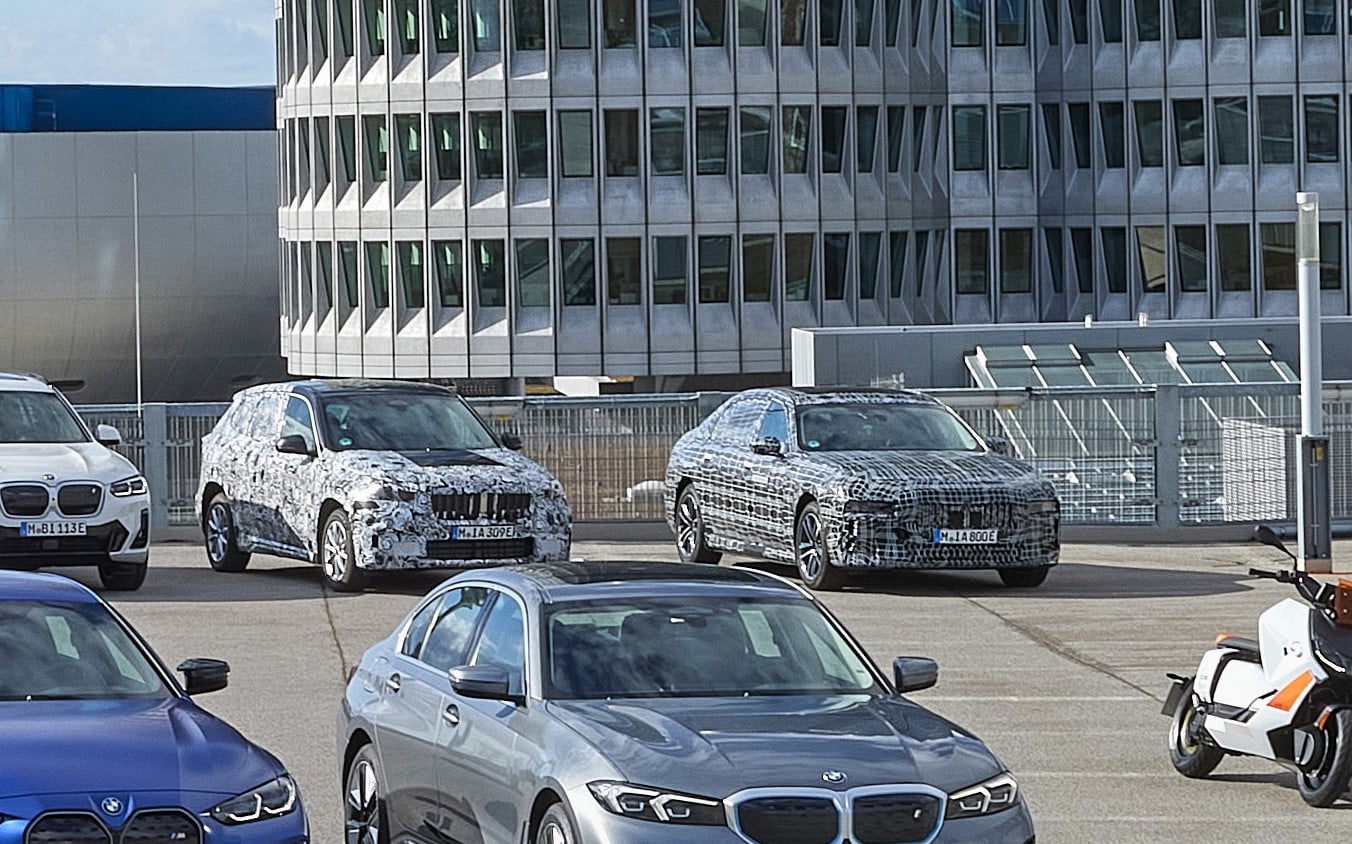 BMW did more than just reveal the i3 Sedan today as it also provided a sneak preview of two additional EVs. Posing for a family portrait of electric models in front of the BMW’s four-cylinder building, the China-only i3 eDrive35L was featured alongside the i7 and iX1. You can see the electric duo making a cameo as the two were placed in the background so that you’d have to pay close attention to notice them. Thankfully, we did just that.

Since the two models have yet to be revealed, they’re still fully camouflaged. The i7 will be the first to break cover as BMW has confirmed it will unveil the 7 Series G70 and its electric sibling on April 20. As for the iX1, the compact crossover will debut towards the end of 2022. 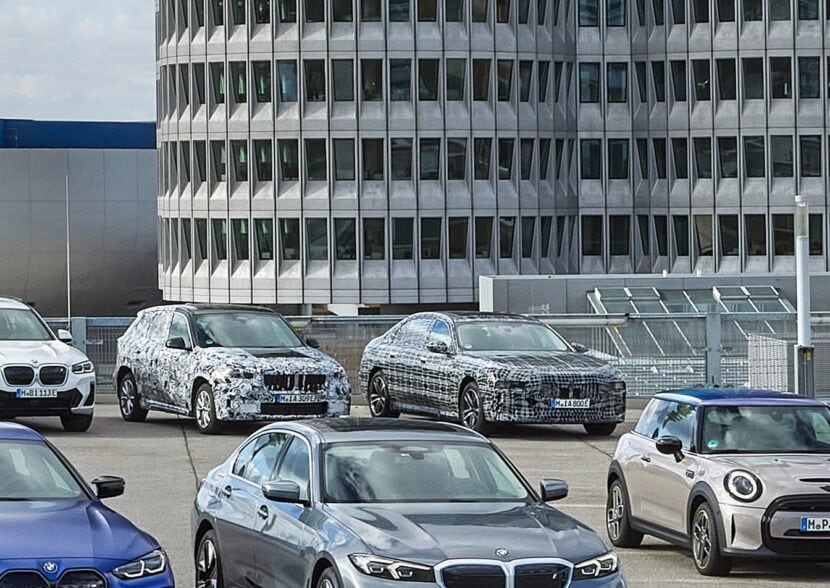 Both have been teased, especially if we’re talking about the i7. It’ll serve as the EV flagship of the BMW Group and will act as the most powerful 7er of all. One of the versions confirmed so far for the US will be dubbed xDrive60 and is going to have an estimated 324-mile range. It matches the driving range of the iX xDrive50, which has a battery with a usable capacity of 105.2 kWh.

BMW has announced a sportier version is planned, likely as an M Performance model akin to the iX M60. Rumor has it the name chosen for the flagship electric sedan is i7 M70 with roughly 650 hp on tap.

As for the iX1, the estimated WLTP range is 413 to 438 kilometers (257 to 272 miles). Expect BMW to offer both front- and all-wheel-drive versions with a single- and dual-motor setup, respectively. The net battery capacity should be around 70 kWh given the estimated range and energy consumption of 17.3-18.4 kWh.

Some already see it as an indirect replacement for the soon-to-be-discontinued i3 hatchback. As previously reported, MINI will sell an equivalent Countryman EV rumored to be almost 4.6 meters (181 inches) long. They’ll be built in Leipzig as the first German plant to assemble a BMW and a MINI together.