After years of gossip and speculation, Toyota has confirmed the GR Supra won’t be an automatic-only affair for much longer. The fifth generation of Japan’s sports car will finally receive the clutch pedal enthusiasts have been waiting for. The full reveal will take place in the coming weeks, so these teasers will have to suffice for now.

In case you haven’t noticed already, the retro-flavored “Supra” badge at the back is finished in red. This is Toyota’s subtle way of letting everyone know the car has a three-pedal configuration. Speaking of which, the other teaser shows the clutch pedal in all of its glory. According to the company, the manual transmission is an all-new development and has been engineered specifically for this car. 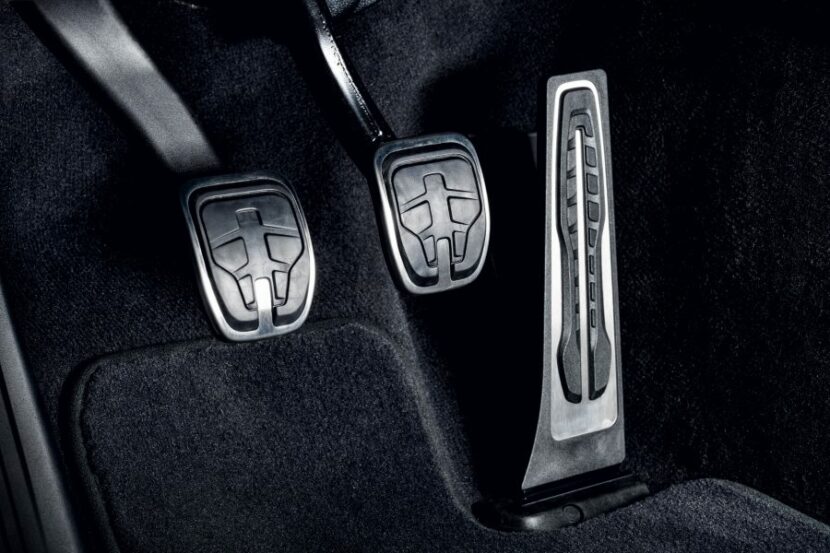 Reading between the lines, this statement strongly suggests the gearbox has not been sourced from BMW. We’ll remind you the Z4 G29 does come with a 6MT, but only for the four-cylinder models as the beefier M40i is auto-only. It remains to be seen whether Toyota’s do-it-yourself transmission is related to some extent to the gearboxes installed in the GR Yaris and GR Corolla all-wheel-drive hot hatchbacks.

We’ve heard through the grapevine the GR Supra with a manual is going to come strictly as a six-cylinder model. Will the Z4 M40i get the clutch pedal? That’s up for BMW to decide, but with the roadster having a more relaxed grand tourer character, the automatic makes more sense. ALPINA used the same logic back in the day for its stunning Roadster Z8. BMW’s soft-top convertible is believed to be living on borrowed time as production will allegedly come to an end in 2025.

Meanwhile, sources close to Toyota claim the hotly anticipated GR Supra with the manual will break cover on April 28. It will certainly be going on sale in Europe considering the teaser was shared by the company’s UK division. With manual sports cars being quite popular in the US, expect the coupe to join the BMW M135i-fighting GR Corolla.