Many people were quick to criticize BMW for coming out with the 4 Series Gran Coupe back in 2014. To some extent, it is a redundant product since it’s essentially a swoopy 3 Series with a hatchback instead of a trunk lid. Even so, some eight years later, the model is alive and well. So much so Bavaria went through the trouble of giving it the M Performance treatment for the M440i xDrive.

A fully fledged M4 Gran Coupe has been ruled out, but as you can see, the M440i still offers great performance. The G26 was taken on an unrestricted section of the Autobahn in Germany to stretch its legs without the driver being worried about receiving a speeding fine. In typical BMW fashion, the AWD- and automatic-only stylish liftback might just be more powerful than advertised. 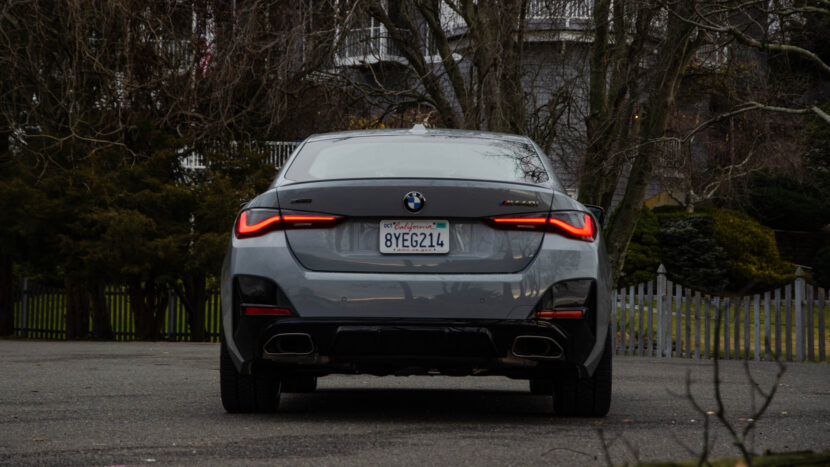 M440i Gran Coupe Not Sporty Enough? ALPINA Is About To Launch The B4

Flat out, the M440i Gran Coupe triggered the electronic top speed limiter to kick in at 155 mph (250 km/h). Those in need of a more athletic version can look forward to the new ALPINA B4. It was teased a couple of weeks ago, so the official reveal should be right around the corner. Alternatively, there’s always the i4 M50 for those willing to go purely electric.

For most people, the 374 horsepower at the crank advertised by BMW should be plenty enough. It’s especially true since the output is likely underrated. We wouldn’t be too surprised if the inline-six engine delivers that kind of power at the wheels. The M440i Gran Coupe is an all-in-one car as few other models from Bavaria can match its versatility. One that springs to mind is the M340i Touring, with an M3 coming with a long roof later in 2022.