You might have heard of AutoTopNL and his videos on YouTube in which he takes various cars on the Autobahn for top speed runs. With a little over three million subscribers, it’s safe to say his work is financially rewarding. So much so he not only owns an M3 G80, but also this M340i Touring. After fitting an Eventuri carbon fiber air intake, the time came to give the sporty wagon a better soundtrack.

He decided to go with a 200-cell downpipe from Taiwan-based Frequency Intelligent Exhaust. The bolt-on replacement part is made from stainless steel and significantly improves the music sung by the B58 engine. It’s being installed on this M340i Touring, but BMW offers this straight-six turbo engine on the latest M240i, M440i, X3 M40i / X4 M40i, and the Z4 M40i / Toyota Supra 3.0 twins.

The procedure to customize the exhaust took place at Autobedrijf Gijsbertsen, a Dutch shop specialized in BMWs and MINIs. It’s where the YouTuber stumbled upon a 1995 BMW M3 GT (E36) of which only 356 cars were ever made, all in British Racing Green. In addition, all came in two-door form with a Mexico Green nappa leather interior. 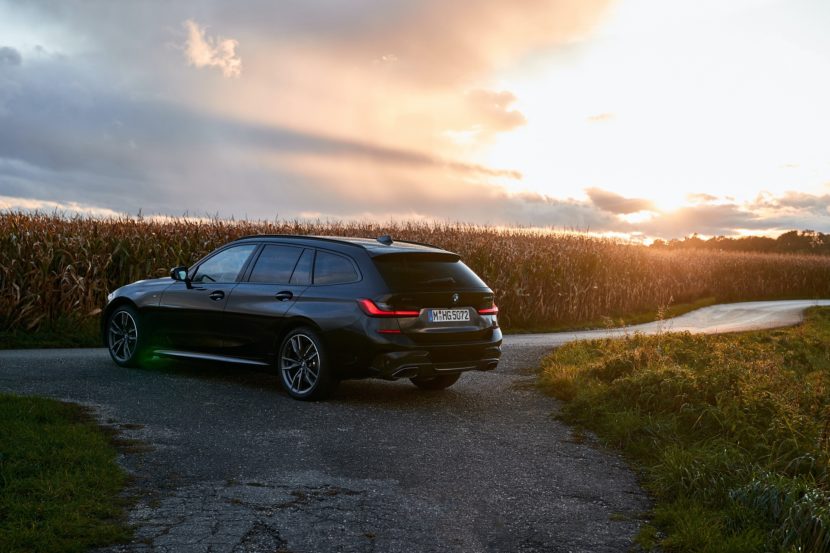 The OEM look was retained and the exhaust even sounds pretty normal in comfort mode with the flaps closed. However, the noise delivered by the turbocharged 3.0-liter engine completely changes in sport mode when the flaps open up. Even when it’s stationary you can tell this is no ordinary M340i, and the difference becomes more apparent at higher rpms.

The sound could be even better if not for the gasoline particulate filter as the owner kept the OPF. The device is installed on cars sold in European Union markets to meet stricter emissions regulations. In addition, the M340i has retained the silencers and catalytic convertor, and yet it’s delightfully raw. The Fi exhaust is also available for non-OPF vehicles where the sound should be even more aggressive.

There will be a way to get Bavaria’s performance wagon with an angrier soundtrack straight from the factory. We’re obviously talking about the M3 Touring debuting in the coming months.