Spotted: BMW XM – The Most Powerful BMW Ever Made

Home » Spotted: BMW XM – The Most Powerful BMW Ever Made 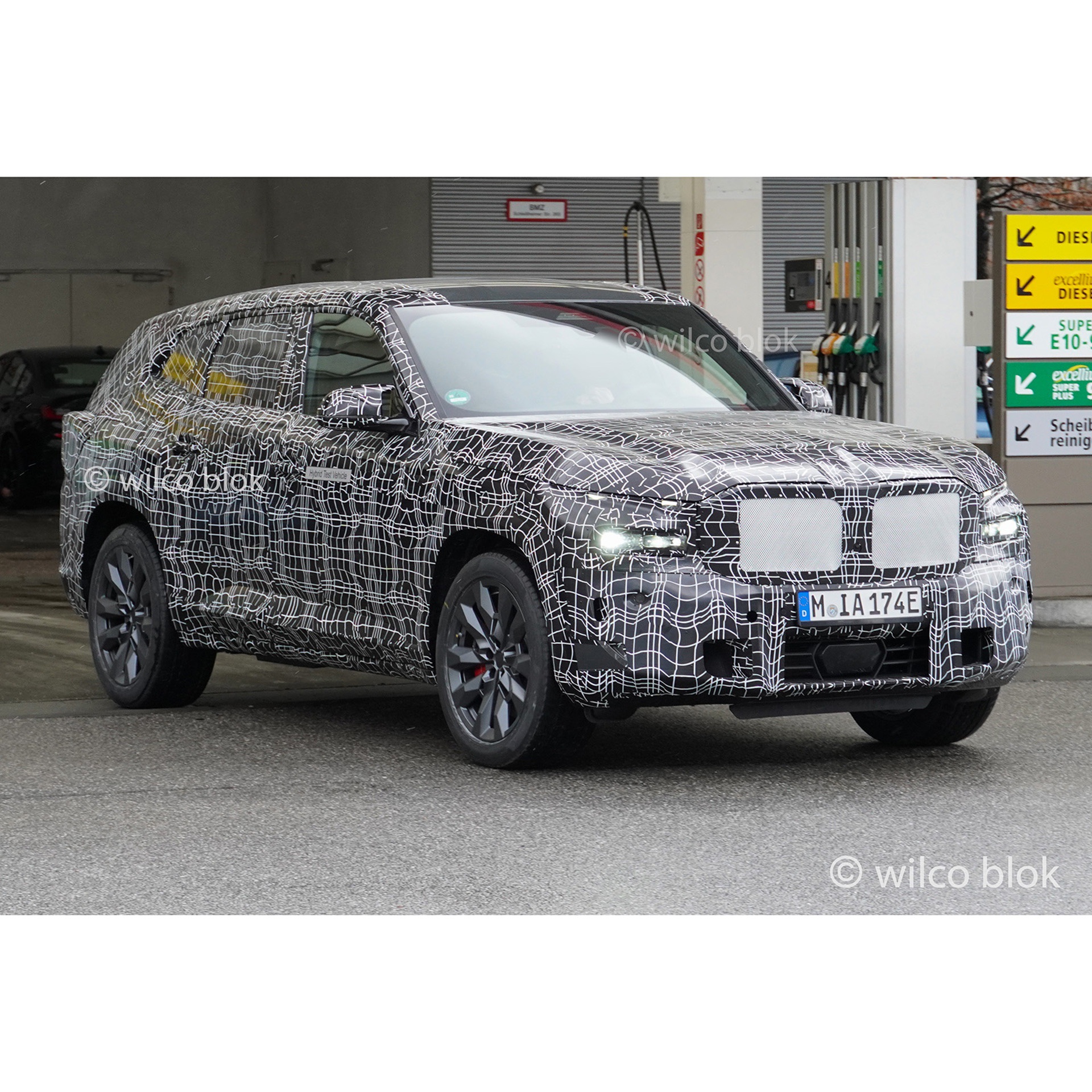 BMW’s most powerful car ever made – the BMW XM – was spotted once again in Germany during some testing trials. The 750 horsepower plug-in hybrid is rumored to be unveiled this summer before it goes into production in November 2022. The BMW Concept XM was unveiled last fall in Los Angeles and we had the chance to film the car from upclose.

But of course, the production series will slightly change its design. One of the first things you can notice that’s different from the concept are the headlights. On the BMW XM Concept, the bottom portion of the split headlight design was sort of hidden behind a black plastic panel. However, on the test mule in these spy photos, you can actually see the bottom lights.

The kidney grilles might look smaller than those on the concept, but we don’t believe they will change much. If any at all. The front-end also keeps the massive air intakes on the sides and the split headlight design which will, once again, be offered on a number of other models too. Furthermore, the roof lights are missing from this prototype so it’s very likely that BMW put them on the concept car only for show purposes.

The quad stacked exhaust pipes are still present. Again, this is an unusual design, one that’s never been featured on any other BMW, but it’s one of the designs that remains from the concept. The taillights also look similar to the concept. Small changes can be observed from the side as well. The character lines have been toned down a little especially around the C-Pillar and roof. We also see a different spoiler at the top of the tailgate and a slightly different rear bumper.

When it joins the production lines in Spartanburg, South Carolina, the BMW XM will be the most powerful car ever put in circulation by the Bavarians. Thanks to its V8 and electric motor,  the new luxury SUV makes 750 horsepower and 1,000 Nm of torque in its most expensive model. It also gets 30 miles of electric range on EPA stats and 80 km of range on WLTP. A couple additional models with less power are also rumored to appear in the future.