A drag race between a BMW M4 and a Toyota Supra doesn’t seem fair, right? After all, we’re talking about cars from different segments. It’s especially true if the Bavarian sports coupe is the more potent Competition model as it is the case here. However, that’s no ordinary A90 considering it has an upgraded engine to try and even the odds.

It’s still significantly down on horsepower (440 hp vs 503 hp) and torque (400 lb-ft vs 479 lb-ft). However, it has a clear advantage. We are obviously talking about weight taking into account the fifth-gen Supra is roughly 500 pounds lighter. Is that enough to compensate for the weaker B58 engine compared to its high-performance version, the S58?

According to Josh, the Toyota Supra owner, his car made about 415 hp at the rear wheels. That isn’t too shabby seeing as how the B58 is officially rated at 382 hp at the crank. Interestingly, he says the inline-six 3.0-liter mill was making 500 lb-ft at the wheels on the dyno, so a lot more than originally believed. It’s worth noting grip was an issue that day, not just because it was cold, but also due to the unfriendly surface with lots of rocks. 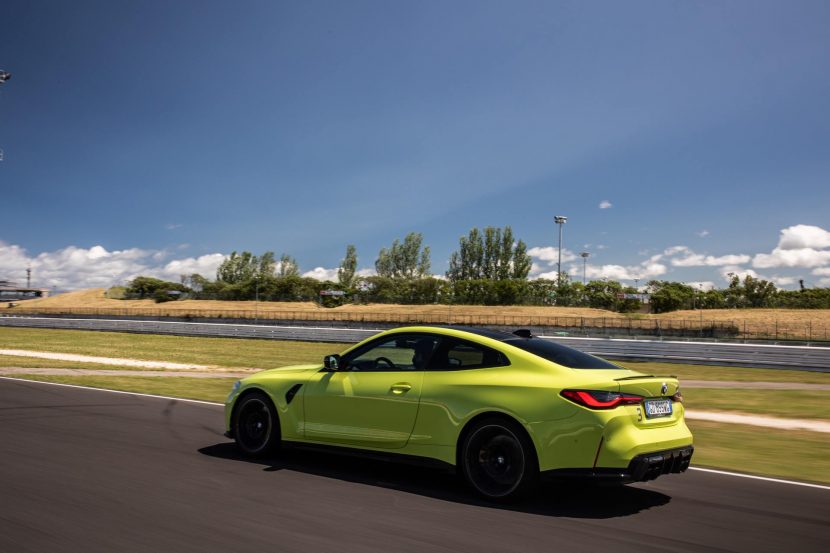 YouTuber SamCarLegion organized a duel between the two BMW-powered sports cars to determine which one is faster in a drag race. There’s not much to say about the first duel since he had a poor start by accidentally turning on manual shift mode. He was still quite slow off the line in the second showdown but managed to recuperate the lost ground and comfortably win the drag race.

A different driver got behind the wheel of the M4 Competition for the roll race from 31 mph (50 km/h). Long story short, the BMW effortlessly won that, too. It goes without saying the gap would’ve been even bigger if the M4C had all-wheel drive. Much like the mechanically related Z4 M40i, the Toyota Supra comes exclusively with RWD.