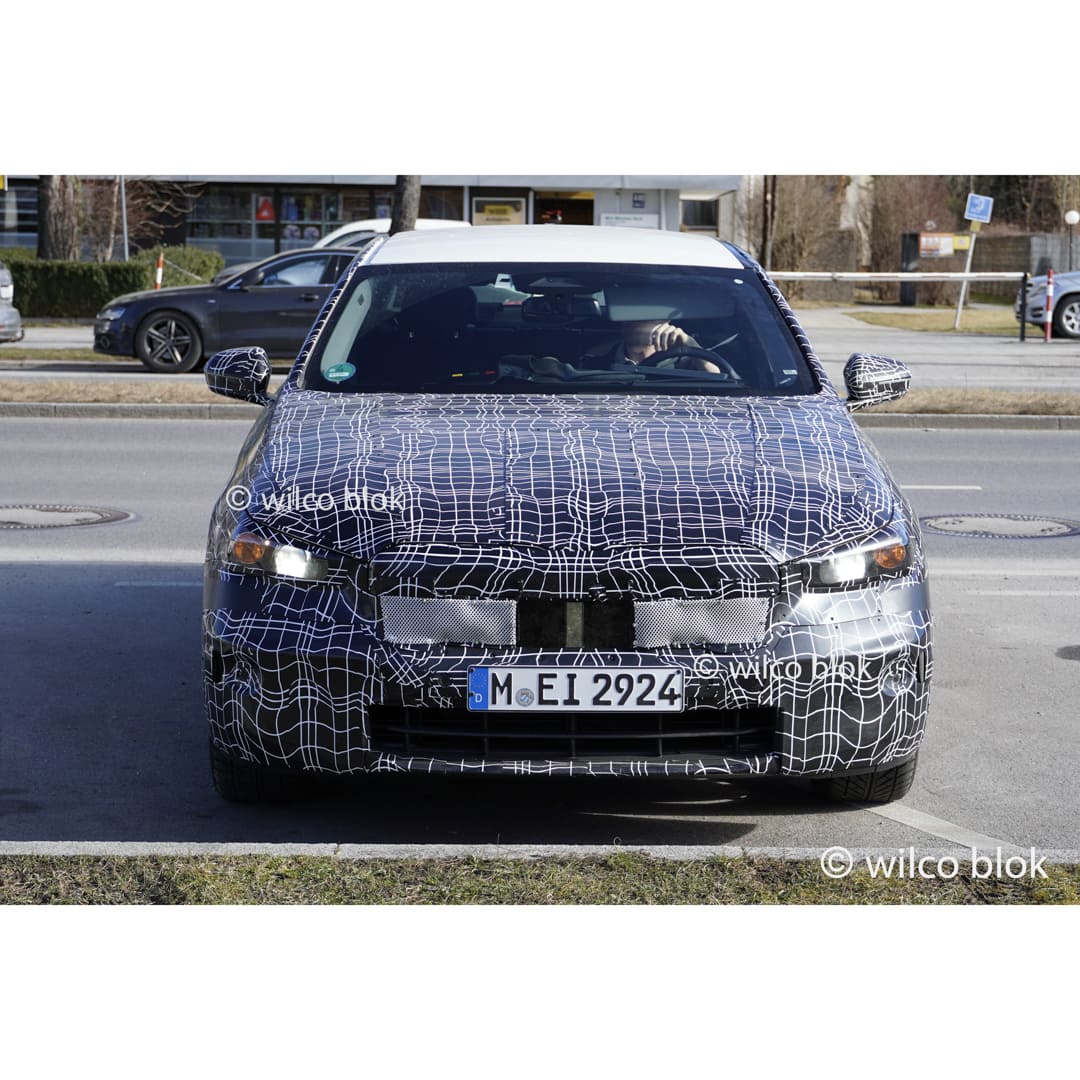 When it debuts, its design is going to be crucial. If it’s strange looking, such as the 4 Series, sales might dip and customers might jump ship. However, if it’s traditionally handsome, not only will it continue to sell well but customers will also be more interested in the i5. Our sources tell us that the new 5 Series will be more traditional in its design, leaving the more radical sedan design language to the 7 Series. That can be seen in these new photos.

Despite being wrapped in heavy camouflage, this 5 Series test mule’s design seems rather tame. Its grilles seem relatively normal in size, its headlights are slim and simple, and its proportions are right. There are seemingly no funky design elements on this new 5er; no funky grilles, no spit headlights, just simple BMW design.

That will bode well for the upcoming BMW i5. Combine an elegant, handsome design with an all-electric powertrain in a sedan that customers are already very comfortable with and it should be a hit. We don’t have any word on powertrains but it should be similar to the BMW iX in that regard. It’s likely going to get the iX M60’s powertrain as well, with M5-topping levels of power and performance, which should get many customers interested.

We’re just thankful that the 5 Series is going to stay handsome and sophisticated, rather than outlandish and extravagant. The 5 Series will be so much better off for it.