The day cars with naturally aspirated V8 engines will no longer roam the earth will be a tremendously sad day. Thankfully, it hasn’t come yet and this new video is a good reminder of why we love them. You can tell it’s no ordinary version of BMW’s previous roadster since the Z4 GT3 was built for hill climbing.

At its heart is a good ol’ NA V8, specifically the P65B44 configuration used in motorsport applications. The 4.4-liter unit is dialed to about 550 hp at a screaming 8,300 rpm in a car that weighs only 1,190 kilograms (2,623 pounds). That makes it lighter than a MINI Cooper Hardtop, let alone a 1 Series. With so much power having to move so little metal, let’s just say the Z4 GT3 is pretty fast.

It was built last year and took part in the St. Agatha HillClimb and Oberhallau HillClimb events, both of which are hosted in Austria. In its inaugural season, it managed to make it to the top five in the touring car class. That’s an impressive feat considering the team behind the Z4 GT3 is still fine-tuning the car to obtain the ideal setup. 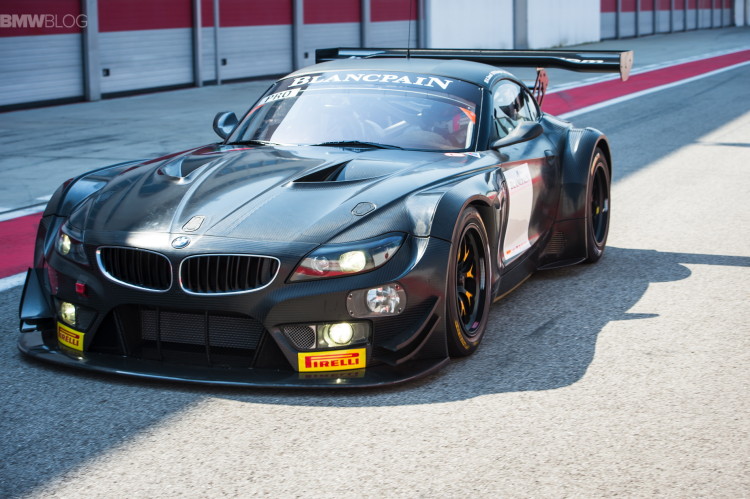 A video compilation published on the HillClimb Monsters YouTube channel shows the race car at work in the hands of different drivers. Not just any drivers, but Bernhard Permetinger at Oberhallau and Jörg Weidinger at St. Agatha. Both tamed the wild beast as it tackled the hill playing its wonderful music not disrupted by forced induction.

The P65B44 engine was also installed in the older M3 ALMS and M3 GT2 from the late 2000s before being adapted for the Z4 GT3. Combustion engines built for race cars will always sound better than what manufacturers put in road-going vehicles. It’s because a production car has to meet strict regulations, hence why vehicles sold in the EU sound rather muted.

It takes an experienced driver to master such a powerful lightweight race car with rear-wheel drive on a wet road. We’d be intimidated about driving it on such a difficult course, but that’s why professional race car drivers earn the big bucks.