Let’s ignore for a second the next BMW M2 is right around the corner and focus on the “old” F87. What may look like a fairly standard Competition model with M stripes on a Hockenheim Silver body is an absolute monster underneath. It has been subjected to a gigantic power boost to create an impressively muscular sports coupe.

One of the fastest M2 Competitions out there, it was configured with all the extra features, save for the sunroof. By far the most significant change is under the hood where the twin-turbo S55 engine has been blessed with a TTE740 kit from The Turbo Engineers. From a remapped ECU to an aftermarket exhaust, this little BMW has a bevy of mods.

Methanol injection and an Eventuri carbon intake are also on the list of upgrades, along with a reworked gearbox. The straight-six 3.0-liter engine now sends a whopping 710 hp to the rear wheels. Filmed by YouTuber Officially Gassed, the M2 is a tail-happy hooligan. That said, you wouldn’t necessarily tell just by looking at the car. 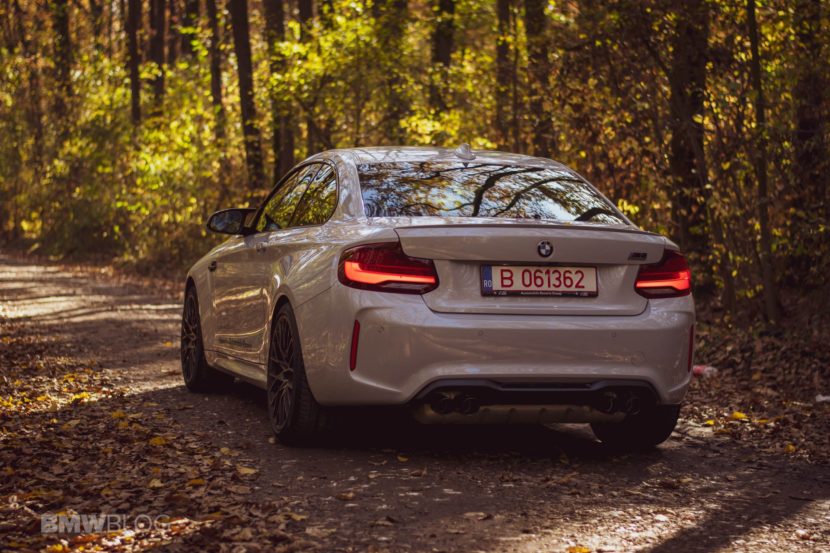 The BMW M2 was quite expensive to bring to this insane level of power as it cost £80,000, including the car. That works out to about $108,500 or €96,000 at current exchange rates. Some would argue you’d be better off buying a fully loaded M4 Coupe or waiting for the CSL for that kind of money. However, as the saying goes, different strokes for different folks.

With 680 lb-ft (922 Nm) going to the rear, it takes an experienced driver to fully enjoy the car. Therefore, traction is a bit of an issue in the lower gears. Once there is enough grip, the M2 Competition becomes an absolute rocket. Overkill? Perhaps, but owners of performance cars will always strive for even more power regardless of the OEM figures.