You’ve likely seen your fair share of engine swaps, but switching from diesel to gasoline isn’t exactly common. This BMW 1 Series started out in life as a plain 118d before being converted into something far more exciting. It’s a mélange of bits from other models, chief of which is the V8 taken from the E90/E92/E93 M3. Yes, someone crammed the S65 unit inside this E82’s engine bay.

The 4.0-liter engine has been remapped and it now pushes out somewhere in the region of 450 horsepower. As you would expect, the now fake 118d sends power to the rear axle via a six-speed manual gearbox. The idea behind this custom build was to mimic the iconic 1M Coupe, but you’ll immediately notice the newer M3/M4 Competition wheels.

Having a V8 engine and a manual in such a small, lightweight RWD car is a purist’s wet dream. The man who built the car spent approximately £30,000 (about $40,000 at current exchange rates) as it was far more than an engine swap. You’ll be surprised to see the E92’s dashboard fits perfectly and there’s quite a bit of Alcantara to spruce things up. 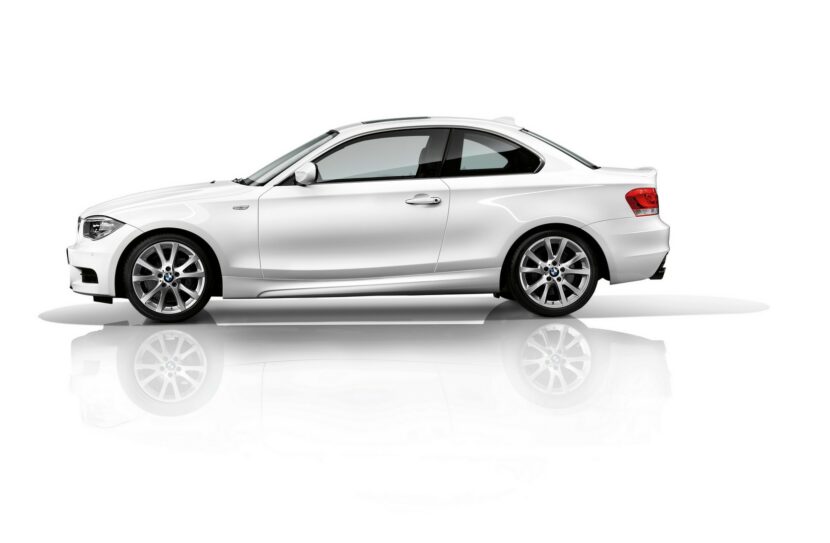 Most of the parts changed originate from an M3 E92, plus upgraded brakes to handle the far more potent engine. It takes an experienced driver to keep the car on the road due to its obvious tail-happy nature. Suffice it to say, the “118d” is quite the hooligan, especially on a road with less-than-ideal traction. One wrong move and you’ll end up with a hefty repair bill.

With stricter emissions regulations looming, BMW will never make a car like this. However, we can take comfort from knowing a new M2 is months away from being unveiled, complete with RWD and a manual. It will be much heavier and bigger than this pseudo 118d, but we’ll take what we can get. There’s also the possibility of buying an old 1 Series diesel like this one and giving it an engine not even BMW thought of using.