BMW iX Driven Fast On The Autobahn In Range Test, Hits Up To 124 mph

Home » BMW iX Driven Fast On The Autobahn In Range Test, Hits Up To 124 mph

Even though electric vehicles have become substantially more efficient, range anxiety remains an issue. The BMW iX aims to remove that concern courtesy of its large 111.5-kWh battery pack with a useable capacity of 105.2 kWh. People who use conventionally powered cars and don’t want to change their driving style are curious how transitioning to EVs impacts range.

YouTuber Automann-TV aimed to solve this puzzle by taking the BMW iX 50 on the Autobahn where he drove it at high speeds. On the German highway’s unrestricted sections, he pushed it to the electronically governed 124 mph (200 km/h). Wherever possible, he programmed the active cruise control at 100 mph (160 km/h).

In the second half of his journey, the conditions were less than ideal. The large electric SUV faced rain and also a wind coming from the front. These undoubtedly had a significant impact on range, but that goes with the territory when you’re testing an EV in real-life conditions. We should mention the trip started with a battery level of about 96% and ended at a 19% state of charge (SOC). Average consumption stood at 34 kWh / 100 kilometers. 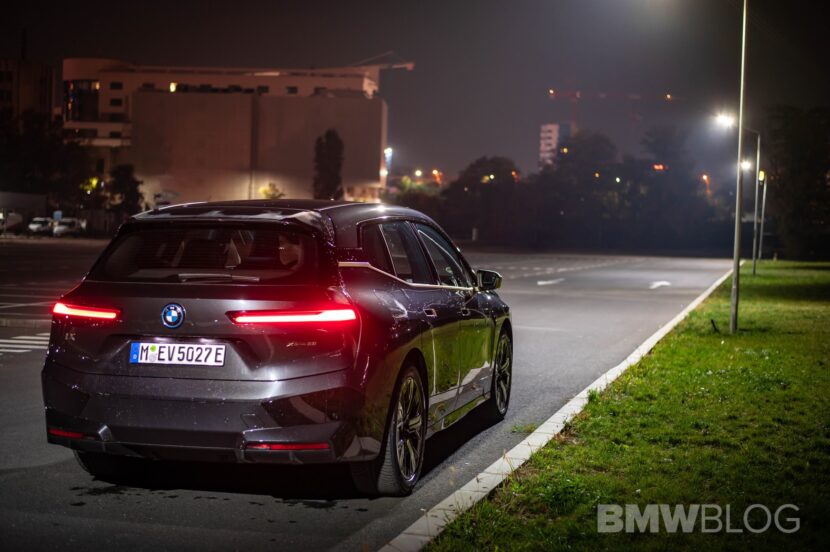 At the end of the test, the BMW iX had done about 225 kilometers (140 miles). Average speed? Approximately 120 km/h (75 mph). With 19% of juice left, he could’ve covered an additional 75 kilometers (47 miles) or so before draining the battery. Given the conditions we mentioned, plus winter tires and low temperatures, the vehicle’s efficiency wasn’t too shabby.

Rather than driving it until the battery died, he pulled over to “fill up” the SUV at an Ionity station. The peak charging speed hit the claimed 195 kW. The battery’s SOC went from 19% to 78% in 31 minutes, which isn’t too bad.

With the Neue Klasse platform coming in 2025, BMW will take efficiency to the next level. Putting the new hardware in a smaller and lighter car should translate into significantly improved figures.