With BMW months away from bidding adieu to the V12, this video featuring a 760Li couldn’t come at a more appropriate time. It’s a mint-condition 2011 model stretching its legs on an unrestricted section of the Autobahn. The driver pushed the twin-turbo 6.0-liter engine to the maximum, right until the top speed limiter kicked in.

Shot by AutoTopNL, the sedan has 168,000 kilometers (104,400 miles) and looks great as it approaches its 11th anniversary. People buying the 760Li over the 750Li are not necessarily paying the massive premium to get a more powerful version. They are rather getting one for the smoothness of the engine. Of course, the extra oomph is the icing on a very expensive cake.

BMW offered the V12 only with the long-wheelbase version during the F01/F02 generation in some markets. This Li was registered back in March 2011 and is up for grabs on a Dutch site where it’s listed with an asking price of €28,850 (about $32,700 at current exchange rates). As expected, depreciation has taken its toll on the luxobarge, a car that still effortlessly hits 155 mph (250 km/h). 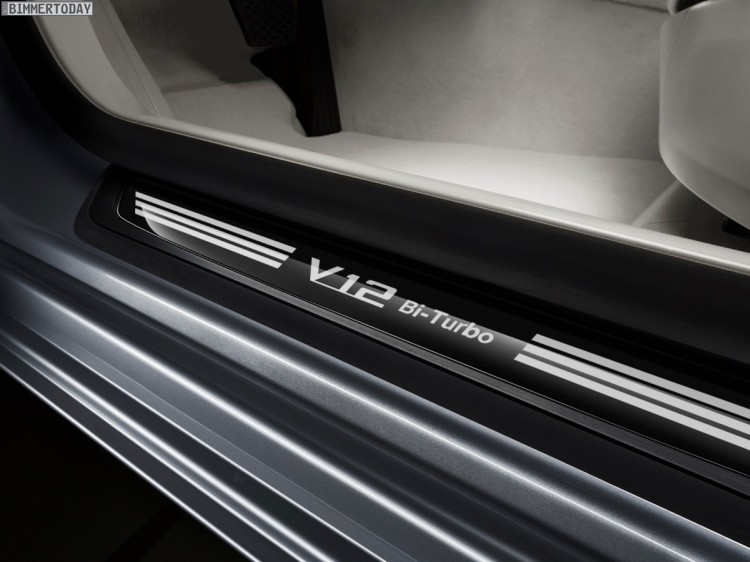 It comes from a time when gasoline particulate filters weren’t around in Europe where nowadays it’s all about cutting emissions. For the same reason, the next 7 Series will do without the V12 after 35 years of use in the company’s absolute flagship model.

The large-displacement engine era is coming to an end, but BMW will still have the powerhouse for a while. Of course, it means you’ll have to step up to a Rolls-Royce.