Clearly showing that power isn’t everything in a drag race, the folks over at RSRNurburg decided to pit a Golf R from the previous generation against a BMW M2 Competition. While that may not sound like a fair fight given the Volkswagen’s stock output of 300 hp, the hot hatch was modified by Revo and it now pumps out an extra 80 hp. It’s still down by 25 ponies compared to the M2C, but as you can see, the power disadvantage is not an issue.

With all-wheel drive and a dual-clutch automatic transmission, the Golf R was substantially quicker off the line than the M2C and its rear-wheel-drive setup with a manual gearbox. The fact it was cold that day was obviously a disadvantage for the little BMW, which was no match for Wolfsburg’s amped-up compact hatch.

The BMW struggled for traction and lost precious time at the beginning of the race, time it wasn’t able to recuperate during the remainder of the duel. We can see the M2C getting closer as the Golf R approaches the finish line, but it was too little too late. RSRNurburg then decided to bring in the big guns by lining up the VW against an M4 Competition. 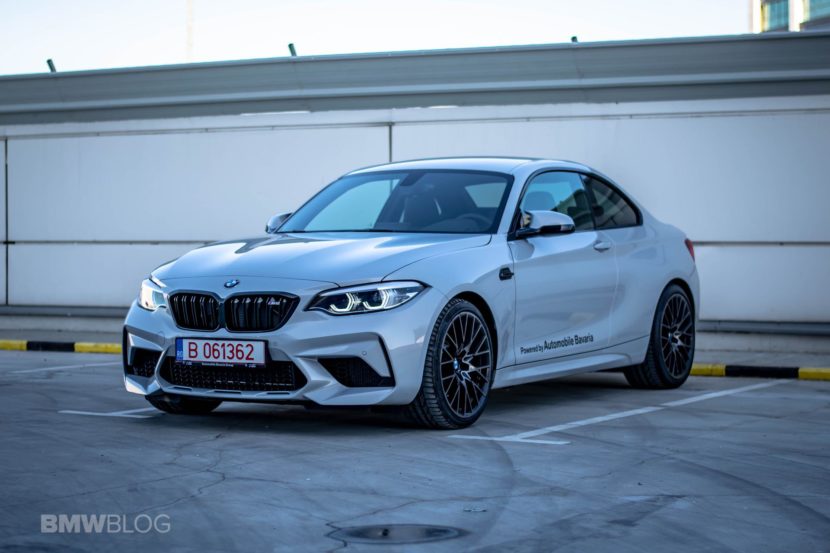 However, we are once again dealing with a rear-wheel-drive M car. It does have more power than its little brother (444 hp vs 405 hp) and a DCT instead of the manual. In addition, it only weighs a little bit more (1,635 kg vs 1,625 kg). On paper, the F82-generation M4C should’ve been a better match for the modified Golf R, but the driver’s reaction at the start was disappointingly slow.

The gap at the end between the two was smaller compared to the first showdown, although the outcome was expected seeing as how the VW weighs roughly 200 kg less than the two BMW M cars. RSRNurburg, a Nürburgring rental car company, is not surprised by the results and says it might pit its amped-up Golf R against a mighty Nissan GT-R.

We can all agree a 2WD vs 4WD drag race is rarely a fair fight, especially if the former has a manual gearbox as was the case with the M2C. Add into the equation a massive weight difference and less-than-ideal traction, it’s safe to say the odds were against the two BMWs that day.