You’re likely used to seeing top speed attempts taking place on unrestricted sections of the Autobahn in Germany where it’s (still) legal to do so. However, that’s not the case here as our Spanish colleagues from Autopista have taken the BMW M4 G82 to an undisclosed location on a closed/private road. Not just any M4, but the hotter Competition version with its more potent configuration of the inline-six engine.

Since the performance coupe seems to struggle a bit with traction off the line under hard acceleration, it appears to be the rear-wheel-drive model rather than the all-paw xDrive. Painted in a striking shade of Fire Orange, we can see the M4 Competition being put through its paces in a high-speed run on a banked road. Flat out, it manages to reach 239 km/h according to the digital speedometer, so just under 150 mph.

The onboard footage paints a fairly accurate picture of what it’s like to drive the speedy coupe on a less than ideal surface with the outer edge of the road quite above the inner edge. It’s unclear whether the Active Sound Design pumping artificially engine noise through the speakers was on during the run, but the S58 engine sure sounded good. 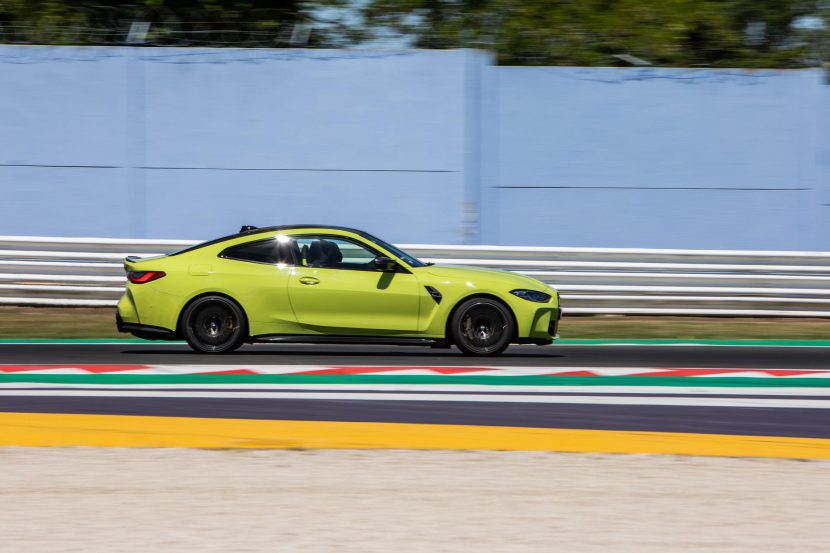 Having entered the new year, we are already gradually moving our attention towards the next spicy derivative even though the M4 is still relatively new. After all, the latest update occurred last May when the M4 Competition Convertible received xDrive for the first time ever. With 2022 representing the M division’s 50th anniversary, it will be the perfect occasion to finally dust off the CSL badge for a hardcore M4.

It’s going to be based on the car featured here – the RWD Competition automatic – but with a drop in weight of over 100 kilograms (220 pounds) and possibly a 10% power bump to around 550 hp. While the current M4 models are permanent offerings in the lineup, the CSL is allegedly coming as a special edition limited to 1,000 units.

With more power having to carry around less weight, it goes without saying the CSL will be even quicker in a speed test like this one. All for the right price, of course. Consequently, expect to pay a lot more than the $74,700 BMW is asking for a rear-wheel-drive M4 Competition Coupe in the United States. Could it possibly hit the six-figure mark? Maybe not the MSRP, but dealers will have no issues in slapping on a markup.