Top speed runs on the Autobahn are the latest automotive trend on YouTube, but this one is a little bit different. While most videos focus on supercars/hypercars or high-performance versions of a regular model, this one puts the spotlight on a normal car. It’s a BMW 3 Series Sedan (G20) in the lesser 320i specification, meaning that it’s positioned near the bottom of the food chain, with only the entry-level 318i below it.

Not available in the United States where the range kicks off with the far more potent 330i, the 320i makes do with 181 horsepower (135 kilowatts) and 221 pound-feet (300 Newton-meters) of torque from its 2.0-liter gasoline engine. The turbocharged four-pot routes power to the rear axle through an eight-speed automatic transmission, enabling the luxury sedan to hit 62 mph (100 km/h) in 7.1 seconds and max out at 146 mph (235 km/h).

Putting these numbers to the test, the 2021 BMW 3 Series Sedan in the 320i guise was taken to an unrestricted section of the Autobahn where it was driven at full tilt. You won’t be able to outrun supercars on the German highway, but that doesn’t mean the car is by any means slow. It has more than enough oomph for most drivers not necessarily interested in a fast sedan. Needless to say, enthusiasts can always step up to beefier derivatives, culminating with the M3 Competition xDrive. 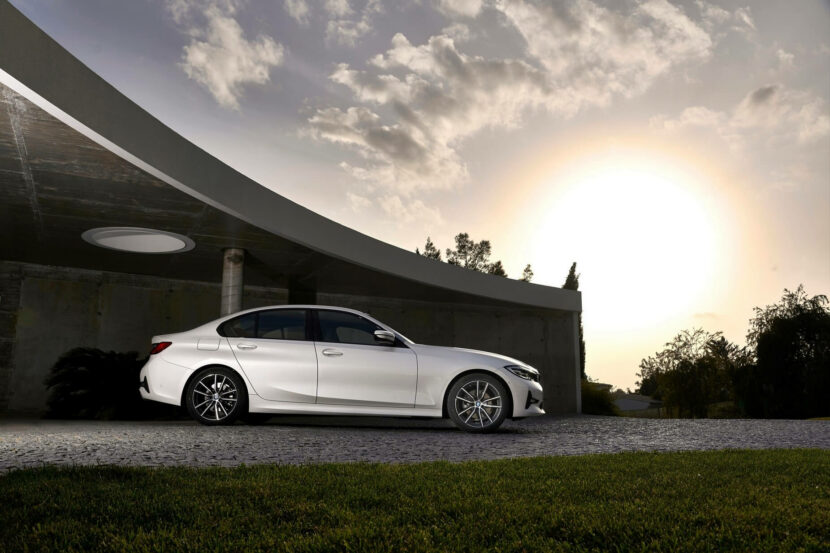 If you want a sporty sedan that delivers an appealing engine soundtrack, the 320i is certainly not for you. It’s especially true in Europe where gasoline particulate filters have become the norm in recent years as a consequence of stricter emissions regulations. A custom exhaust should transform that muted noise into something more exciting, but it will still be a four-banger at the end of the day.

The 320i had no problems approaching its quoted top speed, albeit in modern cars the speedometer usually shows a slightly higher velocity than the actual one. Nevertheless, if it can keep up with traffic on a stretch of a highway where there are no speed limits, it’s fast enough for literally all other public roads. Those who feel more comfortable knowing the vehicle has AWD for additional grip can spend the premium commanded by the xDrive variant, which in Germany costs an extra €3,000 over the RWD model, thus kicking off at €45,250.