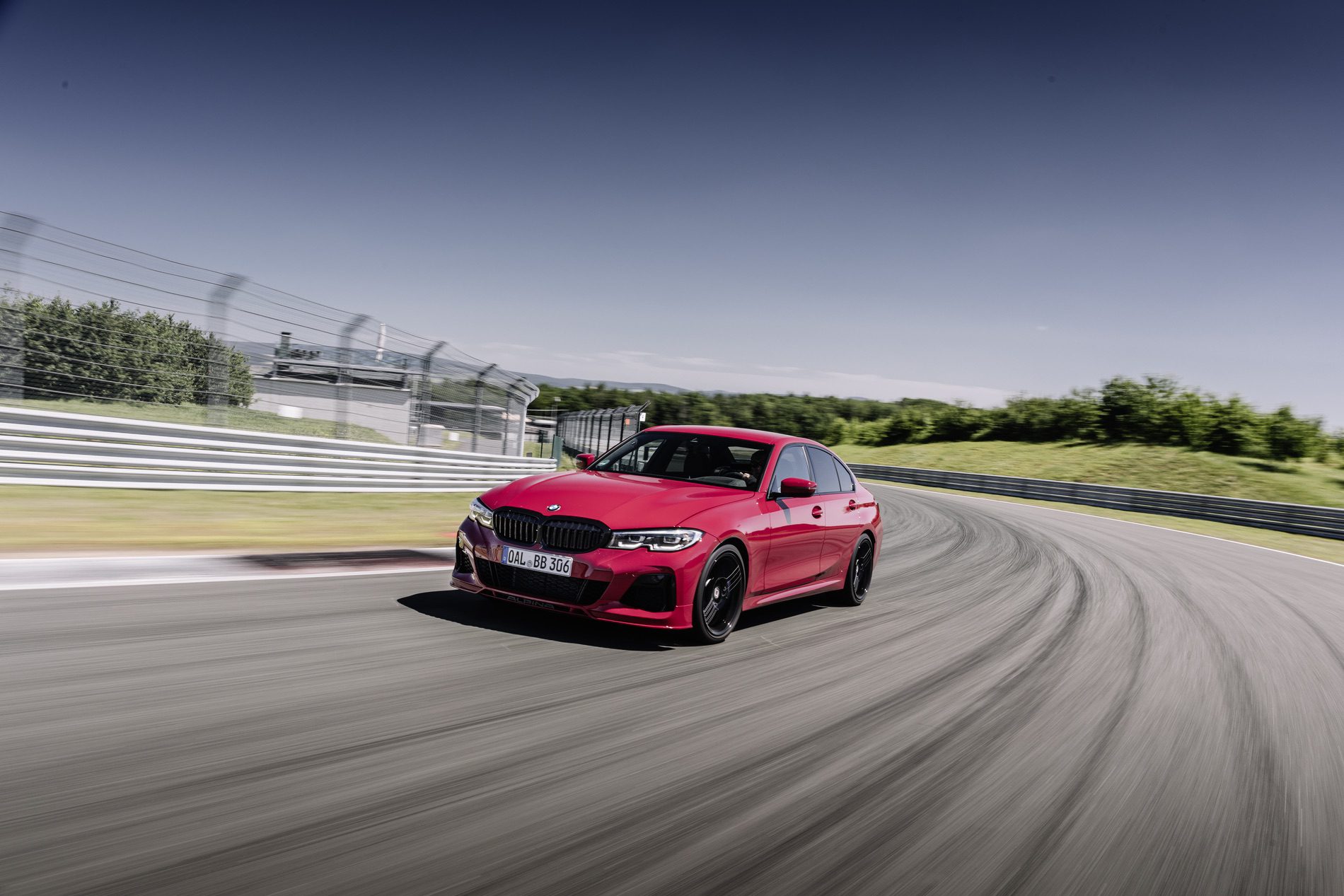 This generation of ALPINA B3 is more special than most. Not only does it use an M Division for the first time in ALPINA’s history but it also distinguishes itself from its M3 cousin with drastically different styling. The latter is also mostly preferable to the M3’s funky styling, which makes the ALPINA a bit more desirable for most enthusiasts. For those same enthusiasts, the B3 is about to get even better looking, as it’s getting the same sort of LCI update as the standard 3 Series, as seen in these new spy photos. (We don’t own the photos but they can be seen here)

In these new photos , we can clearly see a black ALPINA B3 LCI facelift, with some camouflaged at both the front and rear. It seems as if it’s getting the same visual updates as the standard 3 Series LCI, such as slightly new headlights, a revised kidney grille, and some more aggressive front air intakes. The taillights seem mostly the same but there’s some camo on the rear bumper, so there might be some changes there.

Under the hood should lie the same ALPINA-tuned version of BMW M’s S58 engine. The basics remain the same — a 3.0 liter twin-turbocharged inline-six. However, ALPINA swaps out the turbochargers, pistons, intercooler, intake manifold, exhaust, and ECU tune with its own. The results are 456 horsepower and 516 lb-ft of torque. While that’s less horsepower than even the standard M3, it’s more torque than both versions of it.

Unlike the M3, the ALPINA B3 only comes with an automatic transmission and all-wheel drive. According to ALPINA, the B3 gets from 0-60 mph in 3.8 seconds, which is a bit slower than the BMW M3 but expect it to be quicker than 3.8 in reality. Also, its silky smooth delivery means it’s more comfortable and relaxed than the high-strung M3.

The ALPINA B3 isn’t as easily accessible as the BMW M3. You can’t just head down to the local BMW dealer and get one. However, the few lucky enthusiasts that will get their hands on a B3 will enjoy their car very much, especially after the LCI updates.