With more than 2.8 million subscribers on YouTube, it’s safe to say that the Woodworking Art channel has a huge following. It largely focuses on scale models created entirely out of wood, and each project impresses with the artist’s exceptional attention to detail. For the latest episode, it was the BMW X6’s turn to be shrunken down and replicated from the organic material consisting of a natural composite of cellulose fibers.

In case you are wondering why it doesn’t look like exactly a standard third-generation X6, there’s a good reason for that. This is not a stock version of the G06, but rather an aftermarket version recently introduced by LARTE Design. It looks far more aggressive than the high-performance X6 M, let alone the lesser trim levels of the coupe-SUV built at the plant in Spartanburg, South Carolina.

It’s not just the swoopy, high-riding body that has been reimagined from wood, but also the dashboard and even the engine bay. Taking into consideration the tuner’s full body kit adds complexity to the build due to the numerous extra components, it makes the author’s work (and patience) more remarkable. Every little detail has been meticulously replicated on a much smaller scale, from the windscreen wipers to the radar sensor. 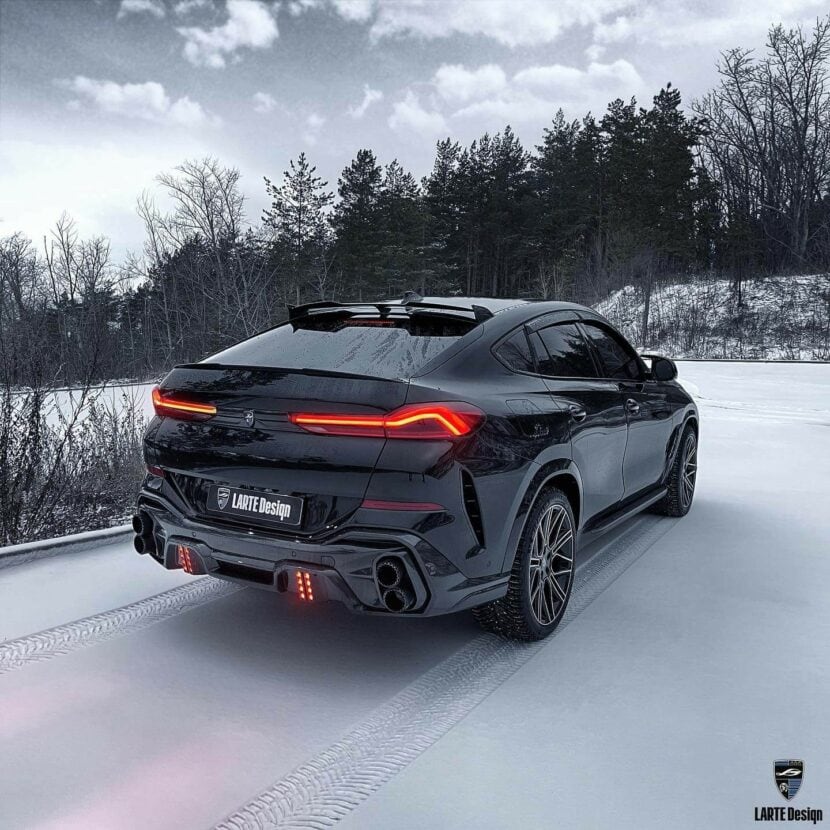 Just like the real thing, the wooden 2022 BMW X6 has a pair of stacked exhaust tips on each corner of the bumper. No production model from the Bavarian marque has this setup, but the road-going XM will lead the way from late next year with a fresh take on the M division’s signature exhaust arrangement. Inside, it’s not just the dashboard that has received the wooden treatment, but pretty much the whole cabin, including the rear bench.

The icing on the cake is presented by the four doors, hood, and tailgate as all these body panels can be opened. The more we look at it, the more details we notice. Pedals, footrest, fog lights (akin to an F1 car’s rain light), along with front and rear spoilers that stick out from the roof. It moves under its own power courtesy of an electric motor, making it a veritable RC car with a working suspension rather than just a static scale model.