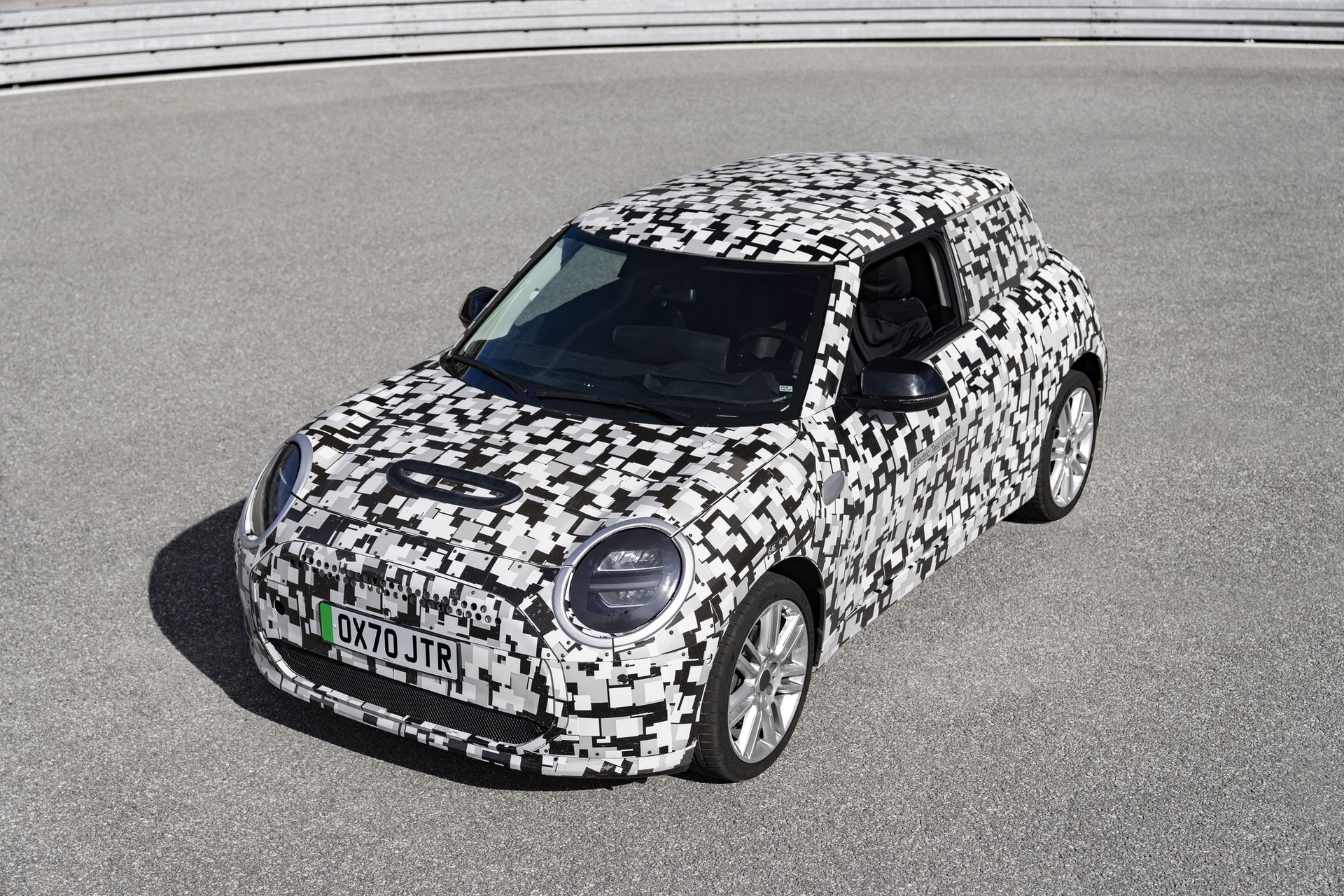 MINI upgraded the current hatchback model just last year and that was a bit unusual, considering this was the car’s second facelift. However, as we’re getting closer to the electric era in the automotive industry, carmakers have to adapt. And while we saw the refreshed version of the hatchback even in MINI Electric guise, it looks like we’re in for a new model altogether pretty soon. At least that’s what some recent photos seem to show.

According to an Instagram leak, the MINI Electric is getting a new face pretty soon and it’s quite something to behold. Looking at these leaked images, the new MINI Electric seems to have a very simple front fascia, with everything blocked out to make it as aerodynamic as possible, while the rear end is completely new. There are no tailpipes in sight, as one would expect from an electric car, while the tail lamps have a completely new design and seem to be ‘connected’ with a piece of black trim.

Overall, the design is very clean cut and simple, the door handles are flush and all of this points to a concentrated effort at making this car as aerodynamic as possible. The bigger news comes inside though, as a pic of the interior has also been posted online. In there we can spot a completely new setup for the dashboard. Everything has been cleared up and we get a huge, round display right in the middle, which will most likely also include the speedometer and rev counter, as it happened on the original MINI. Right under it, we can also spot the HVAC controls.

This definitely seems to be the new MINI, a car that was teased at the beginning of last month. The British car maker did announce that it is working on the new generation and published a few teaser photos of it, under heavy camo. However, the brand did point out that it will only arrive at dealerships in 2023 so we’re probably going to see it unveiled in full late next year. In the meantime, we already have a pretty good idea as to what to expect, courtesy of this leak.

We also reached out to MINI to confirm that this is indeed the new MINI Electric. “We have been made aware of assets which claim showing a new vehicle,” MINI said in a statement. “At this point in time we wish not to comment on their authenticity and/or accuracy. Please do understand that we are not in a position to offer more details to you.”