The BMW Z3 that had been ignored for three years is making the headlines once again. After thoroughly washing the little sports car finished in Dark Green, professional detailer Aidan Templin worked his magic on the roadster to make the body shine once again after an in-depth paint correction. As you can see in the first part of the video, the car was in some serious need of TLC as it had more scratches than we can count.

Not only that, but sitting outside under a car cover for three years has taken its toll on the paint lacquer, which was peeled off in several parts of the body. Faded headlights also didn’t do the Z3 any justice, but they’re now in tip-top shape once again, along with the taillights. It’s always soothing to see a fairly desirable vehicle returning to its former glory, even more so if the car in question has a somewhat odd color.

The outcome is a far more appealing Z3 than before, and it goes without saying its value has significantly increased as well. That’s especially true since aside from the revitalized body, the small soft-top convertible has received additional miscellaneous fixes. These include an oil change, cooling system refresh, a new valve cover gasket, and making sure all the lights are working properly. 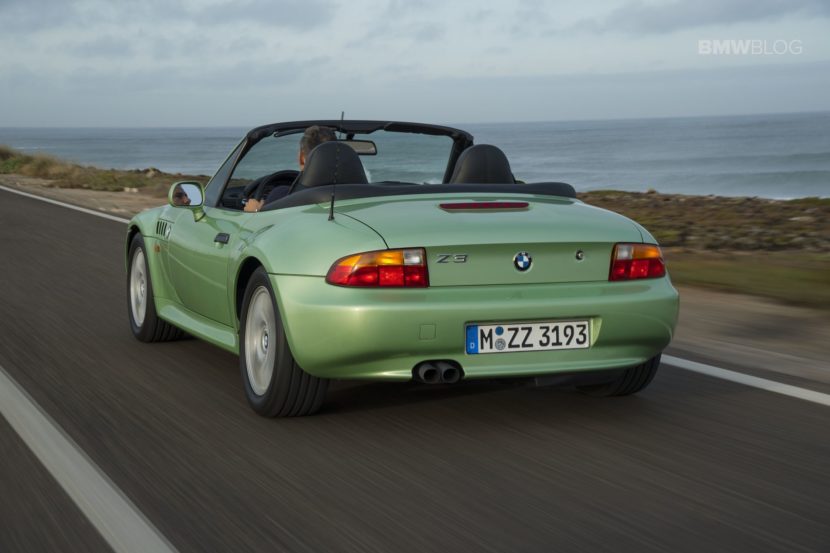 Why was it left rotting in the first place? The owner put it under a tarp back in 2018 due to a failed thermostat. He then discovered a passion for off-roading, and needless to say, the Z3 was not the right car for the job. The pint-sized BMW now lives to see another day after receiving the love it rightfully deserved as part of the current owner’s process to try and find a new home for the previously neglected rear-wheel-drive cabrio.

The Z3 will never be as enticing as the retro-flavored Z8 nor as quirky as the rare Z1 before it, but a well-kept example ranks quite high on our list of favorite BMWs.