Regardless of whether it’s a BMW, Dacia, or a Bentley, it’s always sad to see a car being neglected for an extended period of time. This is especially true when talking about a universally appreciated car such as this little roadster available from the mid-1990s until the early 2000s. An E36 shrunken down to a two-seat format with a folding fabric roof, the Z3 remains a highly desirable car, and yet this one has been rotting for the past three years.

It’s a 1998 example finished in what seems to be a Dark Green shade, substantially different than the lighter Palmetto Green featured here the Z3 was available with around the same time. Before returning from its three-year hiatus, the roadster had been sitting outside under a tarp since 2018 when the owner just lost interest in the car. There are some mechanical problems that need to be ironed out, but nothing major.

Getting rid of the thick layer of grime is just the beginning of a more extensive restoration process as the droptop Bimmer needs some serious TLC to fix all the paint issues. Some will be surprised to see what being dormant for three years can do to a car in terms of damages to the paint, even in this case with the Z3 sitting under a cover all this time. 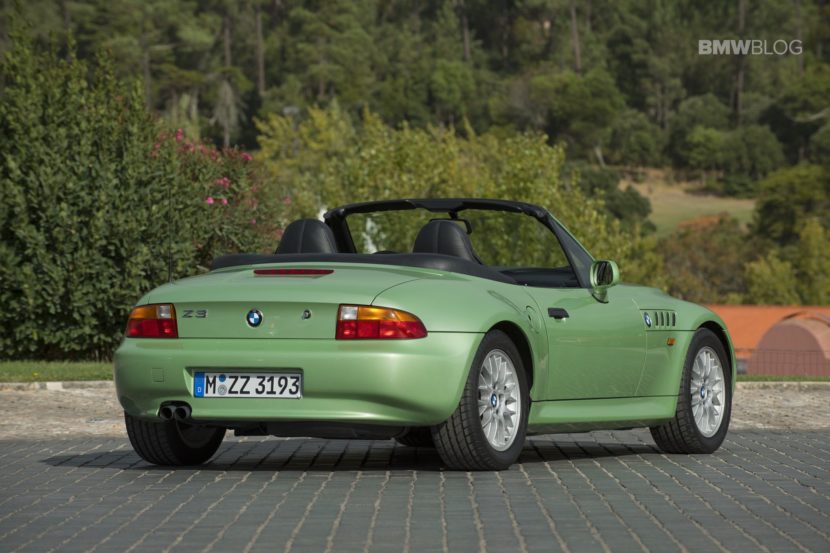 Thankfully, the owner has now decided to restore the Z3 to its former glory, so all of those paint imperfections and scratches will be gone in a subsequent video from Aidan Templin. The sporty convertible already looks nice as it is, but with the body and headlights in tip-top shape, it will become a head-turner was again. It’s no Z8 that’s for sure, but it reminds us of a time when BMW’s designs were borderline perfect. A fairly unusual color such as Dark Green makes the pint-sized cabrio even more of an eye-grabber.