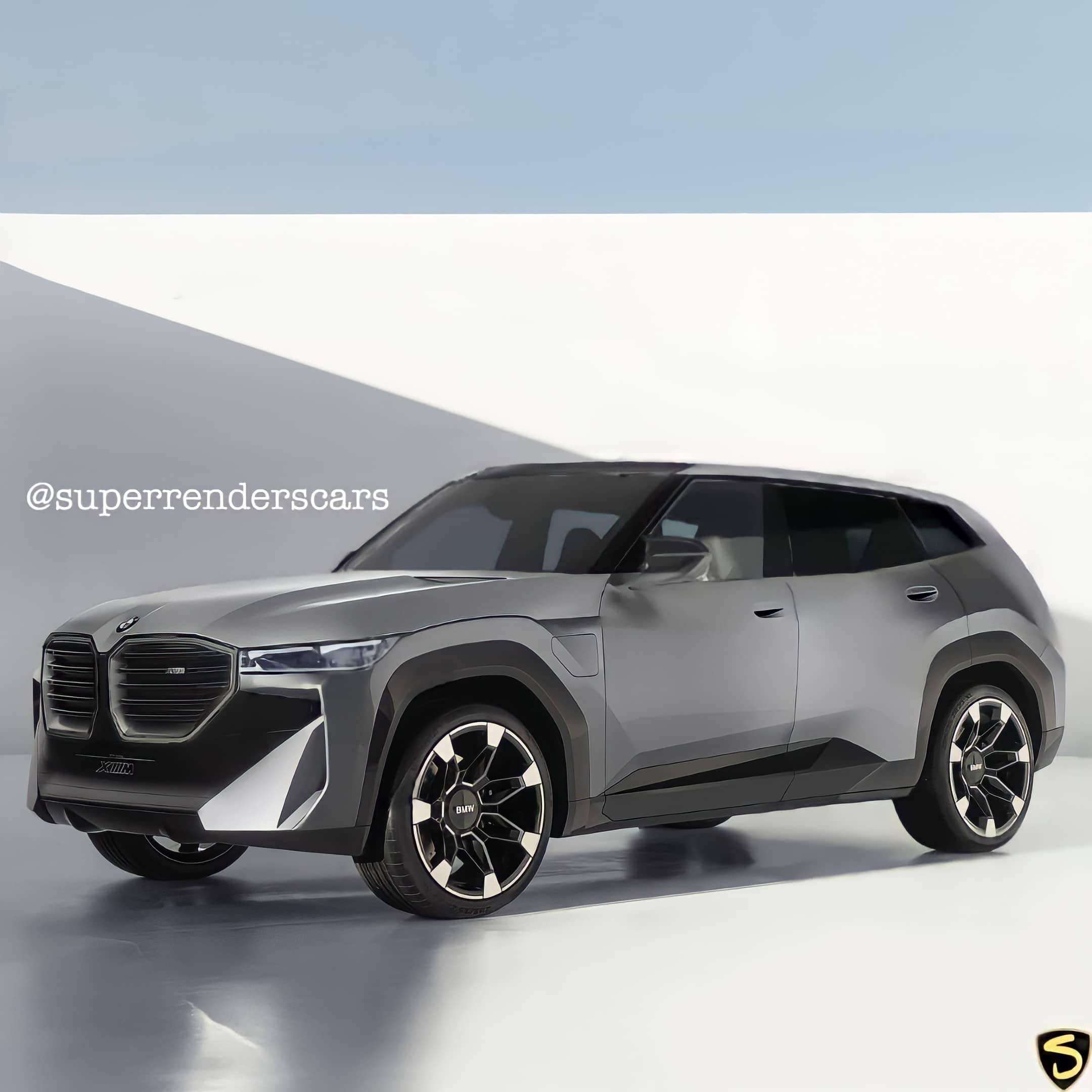 You’d be forgiven for thinking the BMW XM Concept is that and only that — a concept. Its bold, almost obnoxiously imposing styling certainly looks like something that would live and die on the concept floor. However, it’s actually far closer to the actual production car than you might think. In fact, we’re told that it’s extremely close to the final production model that’s on the way. So expect the XM you’ll see in dealerships to look shockingly similar to the concept car.

In a recent render, the production-ready BMW XM is shown looking very much like the concept car, with only a few minor tweaks. For instance, the upper, more visible portion of the headlights were switched from the little vampire teeth lights to headlights that more resemble those of the next-gen 7 Series, seen in spy photos. The illuminated grille surround was also replaced with a more conventional bit of trim, which looks more realistic.

The render also added flush door handles, similar to the BMW i4. The concept car doesn’t have visible door handles but since they’re necessary; ya know, for things like opening the doors; they were added to the render. Those door handles look a bit naked without the bit of black hockey stick trim that bisects the top and bottom halves of the car.

Also gone is the two-tone paint job. On the concept, the upper half of the car is painted in a matte bronze-gold, while the bottom half is Space Grey Metallic. The render, however, is only Space Grey Metallic, all the way through. Oddly, I actually think both the weird black trim and two-tone color will stay with the production car, even if only as options. Let’s be real, on a car as funky looking as the BMW XM, two-tone paint is the least extravagant part.

When the BMW XM finally debuts, it’s going to be fascinating to see customers’ reception. It’s most likely going to sell very well in places like America and China, where big, bold designs are favored over more subtle ones. In Beverly Hills, you won’t be able to throw a piece of avocado toast without hitting an XM. Though, in Europe, its outlandish design might not translate well, which is ironic because it’s designed by Europeans…