BMW unveiled the M4 GTS a little over six years ago when it announced that it would assemble 700 cars. However, the high-performance coupe ended up significantly less exclusive as customer demand was so strong that production was extended to 803 cars. The final car was built in November 28, 2016, according to a Florida seller on eBay who is trying to find a new home for the virtually unused track-focused machine.

Click on the source link at the bottom and you will discover the US-spec M4 GTS finished in Black Sapphire and with only 250 miles (402 kilometers) on the clock. We do understand the concept of supply and demand in these tumultuous times caused by the microchip shortage, determining people to buy used since there are fewer cars on sale. This situation has created a seller’s market, but asking this much money is simply outrageous.

With half a million dollars, someone bought a 4,000-mile M1 AHG on Bring A Trailer earlier this year, a far more special and rarer car than the 493-horsepower, 190-mph M4 GTS will ever be. The original dedicated M model will only go up in value with time seeing as how roughly 400 units of the mid-engined supercar were made for the road, so asking $500,000 for what is still an M4 at the end of the day is downright preposterous. 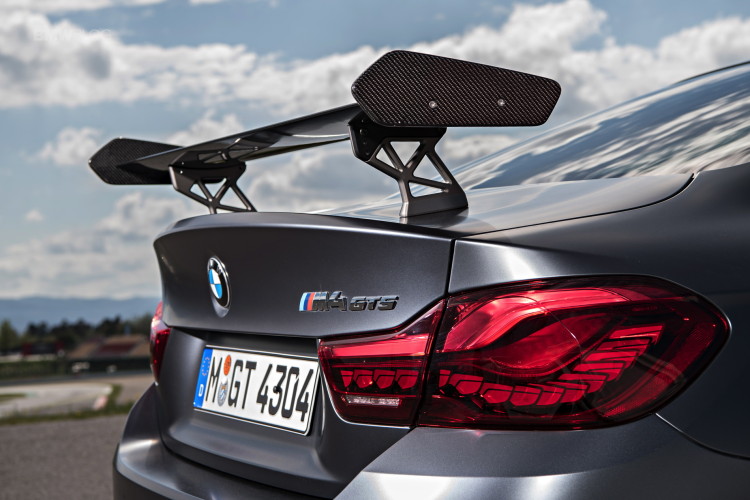 The seller tries to justify the eye-watering asking price by saying the car is “for the ultimate BMW collector.” While that may very well be true, we can’t wrap our heads around the idea that someone would fork out this kind of money for an M4, even if it’s the hardcore GTS with more power and less weight than the standard model, plus that innovative water injection system.

Outside of the BMW world, $500,000 buys you basically any of the new supercars on sale today, save for the really high-end ones like Bugattis, Koenigseggs, and Paganis. Unless someone has an odd fixation for the M4 GTS and missed out on buying one when the car was on sale, there are far better ways to spend that kind of money.