Note: Don’t forget to turn on the English subtitles. The E36 Compact served as BMW’s attempt to come out with an entry-level model long before the days of the front-wheel-drive 1 Series. It’s arguably one of the most unloved models to ever roll out from the factory despite being more affordable than a 3 Series. The downgrades made to lower its asking price were just too drastic for many customers to accept.

There almost was a silver lining to the first generation of the 3 Series Compact, an M3 version built in 1996. It remained a one-off affair, but every now and then, the unique M creation makes the headlines to show what a base M car would’ve been a quarter of a century ago. Case in point, Carwow.de had the opportunity to get up close and personal with the one-of-one M3 E36 Compact. 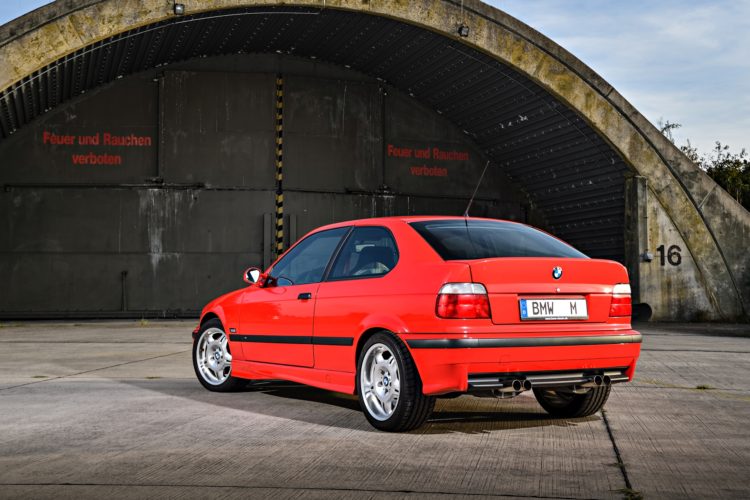 The car is in excellent condition since it’s part of the BMW Group Classic’s collection in Munich and has been well taken care of all these years. Fun fact – it received an oil change this past March, and at that point, the car had 19,515 kilometers (12,126 miles) on the odometer. This tells us not only that it’s a fully functional prototype, but also one that has actually been driven from time to time.

Since it was 150 kilograms (331 pounds) lighter than the M3 of that era and had a shorter wheelbase, the high-performance Compact was more agile and a hoot to drive. It tipped the scales at around 1,300 kg (2,866 lbs) and had the full 321 horsepower of its bigger brother. However, BMW admitted a while ago that if it had put the M3 Compact into production, the inline-six engine would’ve been dialed down to avoid stepping on the fullsize M3’s toes.

In hindsight, BMW sees the M3 E36 Compact hatchback as a precursor to today’s M2 Coupe. Although we’d much prefer the latter, its forefather is rather charming in a quirky way.