Say what you will about some of BMW’s recent designs, but the consensus is the current M5 – with or without the facelift – is one of the most desirable sedans on sale today. Aside from the hefty price tag, the high-performance saloon has few faults, especially if we’re talking about a hotter derivative such as this Competition model.

An elegant pre-LCI example with some subtle mods has been artistically filmed by Woyshnis Media in Newport Beach, California looking mighty impressive if you’re into discreetly customized M car. We’d argue those aftermarket HRE wheels look great on this M5 Competition, and so does the prominent trunk lid spoiler lip made from carbon fiber.

If you’re getting the feeling the twin-turbo 4.4-liter V8 sounds a bit louder, the speedy sedan appears to be featuring a Remus quad exhaust system without moving away too much from the OEM look. While a list with all the mods has not been published, the super sedan must’ve had some suspension work done considering it sits closer to the road than the standard M5 Competition. 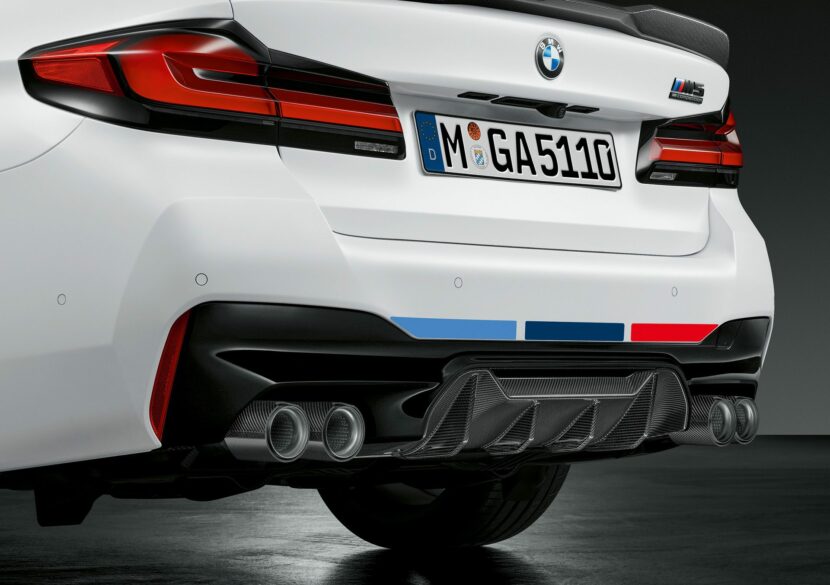 The more we look at the car, the more minor upgrades we are noticing, including the front splitter also from carbon fiber. Overall, the 617-horsepower midsize sedan looks impeccably clean even though it has slightly but gently moved away from the original configuration. Although BMW offers a wide array of Individual paints for the car, you simply can’t go wrong with an all-black look.

Now that the CS has been introduced, the Competition no longer sits at the top of the M5 food chain, but that doesn’t make it any less desirable. You also have to ask yourself whether the CS is really worth the premium seeing as how it costs about $31,000 more. In day-to-day driving, even the base M5 will still feel like an absolute rocket the moment you hit the accelerator pedal. On second thought, perhaps “base” is not the right term to use when talking about a car with 600 horsepower on tap…