Knowing your limits is a good piece of advice and it can also be applied at the drag strip to avoid going up against a car from an entirely different league. Yes, the BMW M5 CS is an absolute monster of a sedan, but all that power still can’t offset the fact it’s a heavy car. It tips the scales at 1,825 kilograms (4,023 pounds), so drag racing it against a much lighter, fully fledged supercar leads to a predictable outcome.

The McLaren 720S Spyder, a mid-engined machine that weighs only 1,468 kg (2,952 lbs) was lined up against BMW’s most powerful and fastest production car ever. Even though M5 CS was quicker off the line thanks to its xDrive setup, the rear-wheel-drive machine from Woking effortlessly recuperated the lost ground and pulled ahead to take a comfortable win.

The gap between the two is even more obvious in the second drag race thanks to the McLaren’s better start compared to the first run. With considerably more horsepower and torque, while carrying substantially less weight, the result was obvious from a mile away. Of course, it would be an entirely different story if BMW M were to put the twin-turbo 4.4-liter V8 behind the seats into a much lighter, two-seater car, but an M1 spiritual successor is not coming anytime soon. 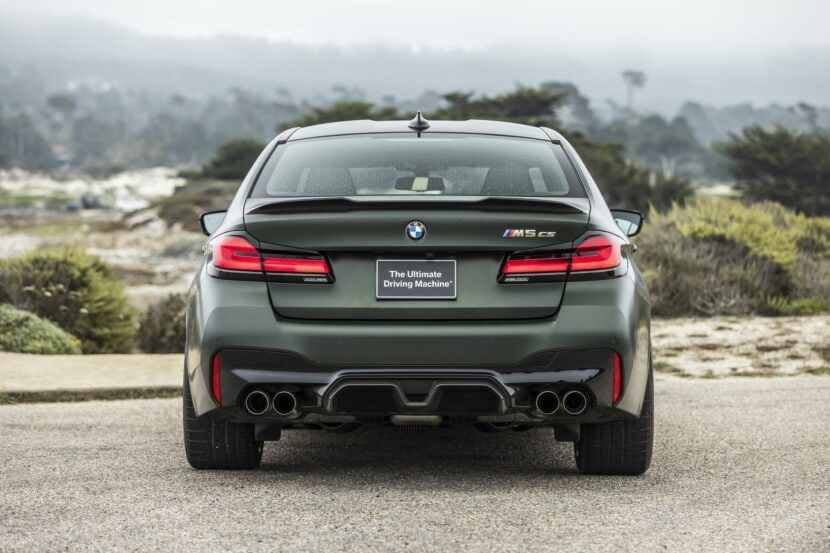 What primarily separates the two in an acceleration duel is not the typical 0 to 62 mph (100 km/h) sprint because the McLaren is only a tenth of a second quicker, completing the task in 2.9 seconds as opposed to the BMW’s three-second run. The difference appears after reaching higher velocities as the 720S goes from zero to 124 mph (200 km/h) in a mere 7.9 seconds per the manufacturer’s claims. The M5 CS is much slower, doing the job in 10.3 seconds.

Aerodynamic efficiency also comes into play the faster you go, and needless to say, the swoopy 720S is much sleeker than the boxy sedan. It would’ve also been pretty embarrassing if the 720S had lost given the massive price difference between the two models. Now, if only the M division’s 50th anniversary coming up next year could include a supercar, that would be swell…