The 128ti and GR Yaris are both hot hatchbacks, but that’s pretty much where the similarities end as they belong in different segments of the market. It’s interesting to have a duel between a BMW and a Toyota in which the latter is the one with all-wheel drive whereas the former untypically sends its power to the front axle. The differences are even greater as Bavaria’s Golf GTI fighter has an automatic with launch control as opposed to the stick shift of the feisty supermini.

Need we go on? Ok. The 128ti is motivated by a four-cylinder, 2.0-liter gasoline engine, yet it has less power than the smaller three-cylinder, 1.6-liter unit of the GR Yaris. The compact Bimmer is down by a little over 20 horses but it makes up for that by packing an extra 20 Nm of torque. On paper, the Toyota should be quicker off the line in a drag race by 0.8 seconds, but how does that gap translate in real life?

The folks over at Cars.co.za have answered that burning question with a quarter-mile race between the two contenders. The GR Yaris’ lack of a launch control was offset by its AWD system at the start, managing to get ahead. However, the 128ti began to close the gap with each gear change the Toyota driver made. As much fun a manual gearbox is, there’s no denying an automatic will always be quicker regardless of the driver’s skills to change gears. 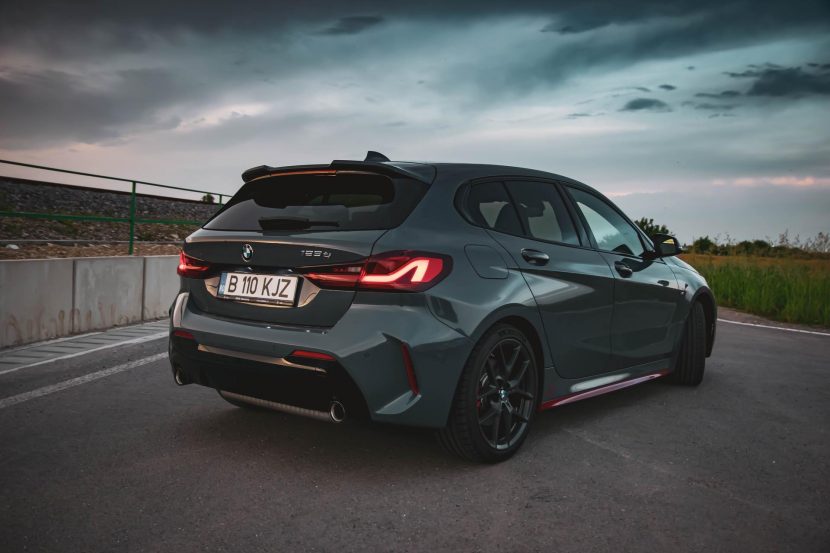 It was neck and neck throughout the rest of the drag race, with the BMW 128ti ultimately taking the win by a small margin after a proverbial photo finish. With an automatic transmission, the outcome of the race might’ve been different, especially since the GR Yaris is considerably lighter.

That wasn’t the end of it since Cars.co.za decided to redo the drag race, but with a couple of small yet significant changes. Rather than revving the engine to 4,000 rpm before the start, the man behind the GR Yaris took the three-pot to a screaming 5,500 rpm and used a technique called powershifting (aka flat shifting or full-throttle shifting), which involves not letting the foot off the accelerator pedal while changing gears.

Although this method is certainly not recommended since it damages the gearbox, it did allow the subcompact Toyota to win the second duel. It was even quicker off the line and the BMW wasn’t able to recuperate the lost ground.

You’re likely going to see more of the 128ti on the streets than the GR Yaris since Toyota’s pocket rocket is a limited-run production car. It’s without a shadow of a doubt one of the most exciting three-cylinder cars ever and we’re glad fun gasoline cars are still around before EVs take over.