The BMW M240i xDrive is now officially being delivered to customers and a lot of BMW’s reputation is riding on it. Just like its predecessor, the new sports coupe will be one of the most beloved models in the range because it sticks to some very basic concepts. It’s smallish, has a rear-wheel drive (biased) and a strong straight six engine under the hood. Size wise, the new 2 Series is slightly longer, wider and taller than its predecessor, yet it still retains the proportions of a proper sports coupe. The 2 Series is still one of the smallest BMWs in the range, but that’s only because the other models grew in size as well. 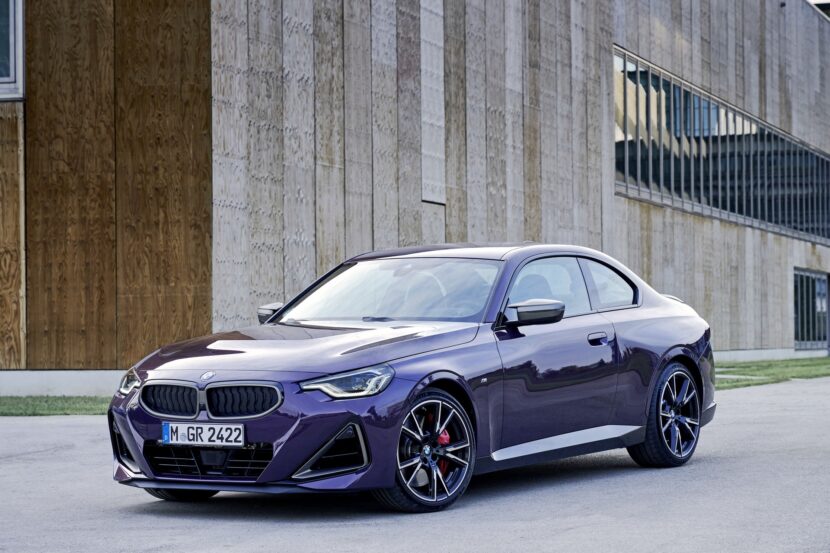 However, BMW did all it could to keep things in check. It starts with a wider track which helps you have better control over the car, while allowing for a great stance on the road. The most defining aspect of the BMW M240i is without a doubt the engine. It is powered — likely for the last time — by a six-cylinder turbo engine which has a proven track record, delivering a smooth and linear power across a wide rpm band. As always, the M240i’s B58 engine is a 3.0 liter turbocharged inline-six makes 382 horsepower and 369 lb-ft of torque. It’s only paired with an eight-speed automatic transmission and xDrive all-wheel drive. No manual option will be available in any market, sadly.

The B58 engine is among the best six-cylinder engines on the market and its power delivery is incredible. By our rough measurement, using the car’s own speedometer, we were able to observe a 0-60 mph time of 4.1 seconds. Though, due to the power/weight ratio, I think it could get under four seconds, in ideal conditions and with accurate timing gear. However, even our observed time is faster than BMW’s claimed time of 4.3 seconds.

Power and dimensions aside, this car is truly a Bavarian machine as we’ve all grown accustomed to. The review below goes over some of the qualities of the new BMW M240i Coupe, both on and off the track. While it’s not as popular at track days as the M2 Competition, the BMW M240i, especially in its new and improved configuration, can certainly hold its own.