The proliferation of forced induction has allowed high-performance cars to become even quicker, but some of the magic got lost in transition. Objectively speaking, subsequent generations of the E92 are more refined and luxurious, and yet a lot of people would give all that up in exchange for the NA V8’s return. This video shot on the Autobahn shows what enthusiasts will never find again in a new BMW M car, a naturally aspirated, large-displacement engine.

It’s not that BMW refuses to do it, but with emissions regulations getting stricter and governments making efforts to put everyone in an EV, the S65-engined M3 will become a distant memory with time. This final M3 to come in coupe form was taken to an unrestricted section of the legendary German highway where the 4.0-liter unit had enough empty road ahead to stretch its legs by lifting the tachometer’s needle past 8,000 rpm. 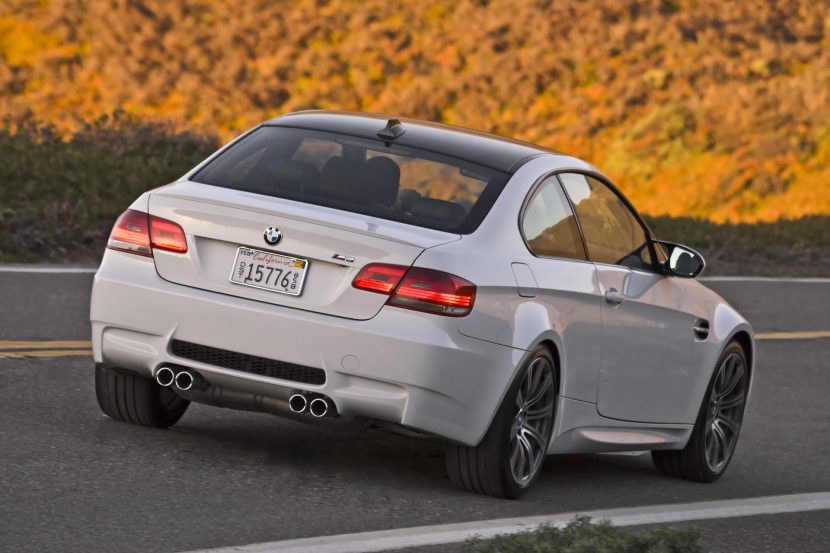 Hitting 310 km/h (193 mph) in a sports coupe isn’t something extraordinary by today’s standards, but the real excitement is getting there while hearing the V8 as it sings its sweet tune. Truth be told, the M3 wasn’t really doing that kind of speed as the car’s speedometer seems to be hilariously inaccurate. While it does show above 300 km/h, the GPS-based measurement app on the smartphone doesn’t go higher than 276 km/h (171 mph).

It’s worth keeping in mind this generation of the M3 wasn’t the only one to get a V8 since the previous E46 offered a raw GTR version, necessary to homologate the M3 GTR for racing. Only six were made at a quarter of a million euros a pop, but those are so rare that many consider the E92 to be the sole M3 with an eight-cylinder mill.

The silver lining for fans of combustion engines is that BMW M is determined to keep the inline-six and V8 alive until at least the end of the decade by constantly improving efficiency to meet tougher emissions laws. The availability of a manual gearbox in today’s M3 is a rarity in the segment, while the first-ever xDrive setup gives customers more options to choose from. With an M3 CS and M4 CSL all but confirmed, fans of M products have a lot to look forward to in the next couple of years.