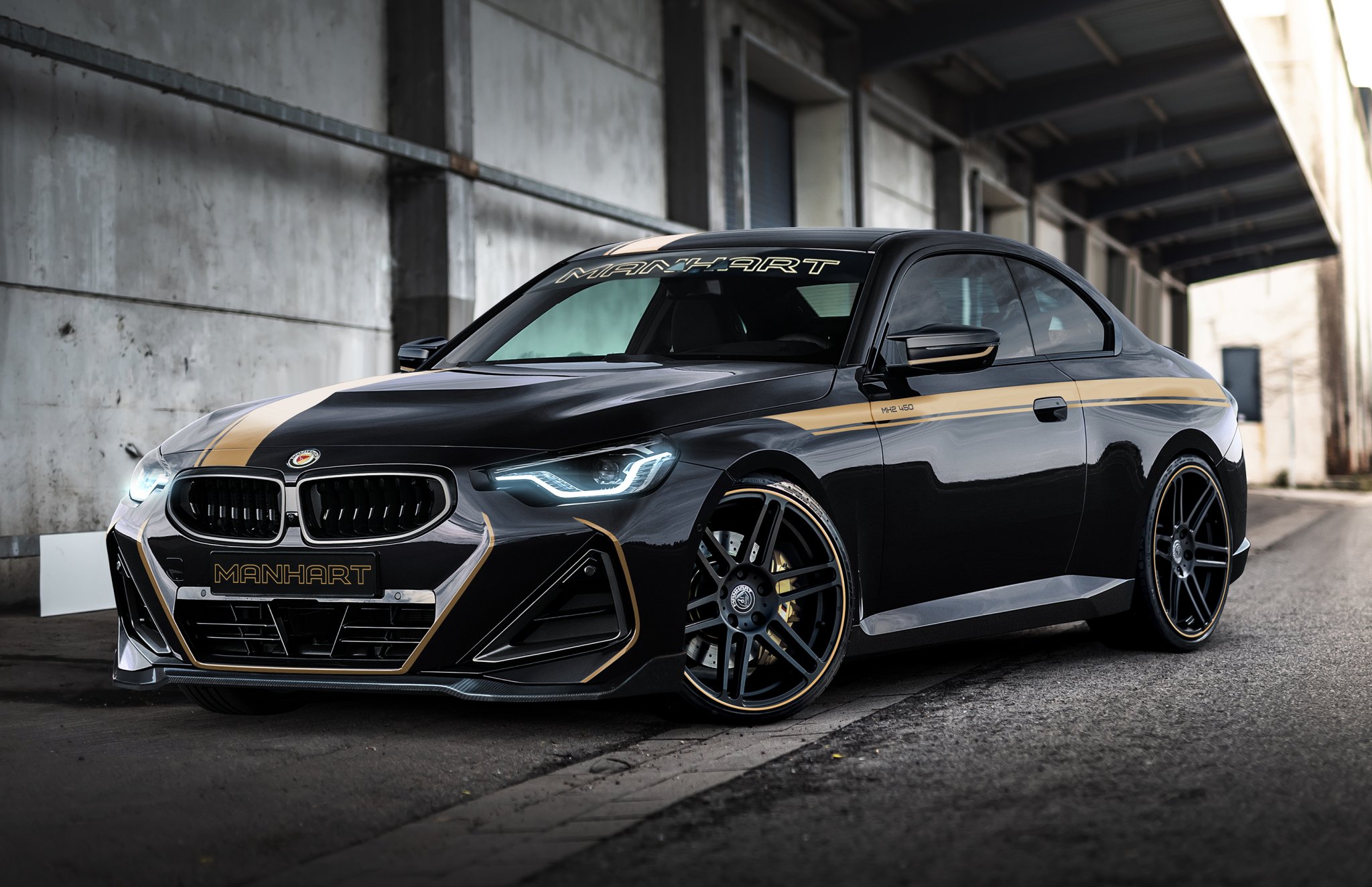 It was only a week ago when Manhart unveiled an amped-up X3 M Competition and now the German tuner is back to preview an upgrade package for the latest 2 Series Coupe. Using the spicy M240i as the foundation, the aftermarket kit goes by the name of MH2 450, which might not sound too appealing, but there’s a logic behind it: the tuner’s name, followed by the model, and the amount of power delivered by the engine.

Yes, Manhart is taking the turbocharged straight-six engine to 450 PS, which works out to about 444 horsepower. The standard M240i Coupe is already 33 hp more powerful than the model it replaced, but tuners are constantly looking for methods to boost output. The same goes for torque, which in stock form is rated at an already healthy 500 Nm (369 lb-ft) and the MH2 450 package will up the ante to a massive 650 Nm (478 lb-ft).

There’s more to the custom kit than the boost in output for the 3.0-liter engine as Manhart will happily swap out the OEM wheels to replace them with its own set of custom 20-inch rims finished in black with a gold stripe. The contrasting accent is the tuner’s signature color and has also been applied to the decorative strips noticeable on the side, hood, roof, and trunk lid.

The new M240i Coupe rides slightly lower the road than the standard car and boasts a stainless steel exhaust system with quad tips and an adjustable flap. To further improve the soundtrack delivered by the engine, Manhart gets rid of the gasoline particulate filter and makes other tweaks for a more alluring exhaust note.

Rounding off the changes are the numerous carbon-fiber bits lending the G42-generation 2 Series Coupe M Performance version a meaner look. The rear end looks particularly more aggressive now due to the larger exhaust tips and a chunky trunk lid spoiler, while the extra LED light bar mounted above the diffuser is a nice touch.