Steve Dinan was, is and will forever be a legend. The man created Dinan Engineering, one of the first tuning outfits for BMWs in the US. He has been personally tuning BMW models since 1979 and his legacy will live on for decades. Even though he’s no longer in charge of the tuning company, he’s still a car guy at heart and doing his own thing, driving and modifying a BMW M8 Competition.

The video below is a true testament to his car guy nature. Other people might’ve just retired comfortably after selling such a huge business but not Steve. He is doing all sorts of wonderful projects and, the clip at the bottom of this page shows his current car, a tuned M8. Yes, it has to be tuned. According to Steve, his M8 has about 900 HP at the crank, which is incredibly high, even for the most hardcore versions we’ve seen out there already. 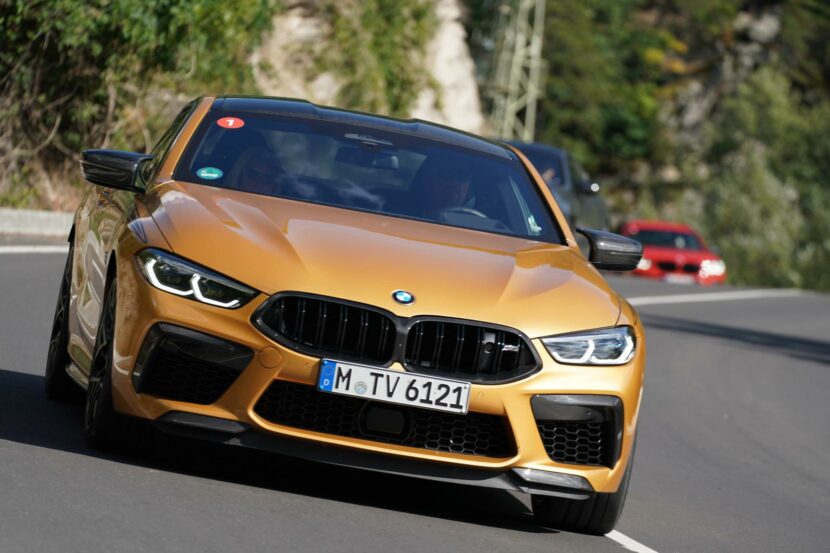 His ride also has a suspension upgrade and a new set of wheels. Will that be enough though? We’re asking because while the BMW definitely looks rather normal from the outside and like a car you could easily drive daily, the rival on the other side of the drag strip is not. That’s a Pontiac GTO that has been tuned to deliver about 830 HP at the wheels, thanks to an LS swap. That car was also stripped out of everything that wasn’t necessary, a roll-cage was added inside, as well as Recaro bucket seats.

On the outside you’ll notice a wide-body kit, new drag radial tires and many, many other changes. So, which one will win? Well, even though the GTO has more power and is a lighter car overall, from a dig, putting that massive amount of grunt to the ground is going to be tricky. The manual gearbox doesn’t really help either, so it really doesn’t stand a chance against the M8 with its all-wheel drive system. But from a roll…