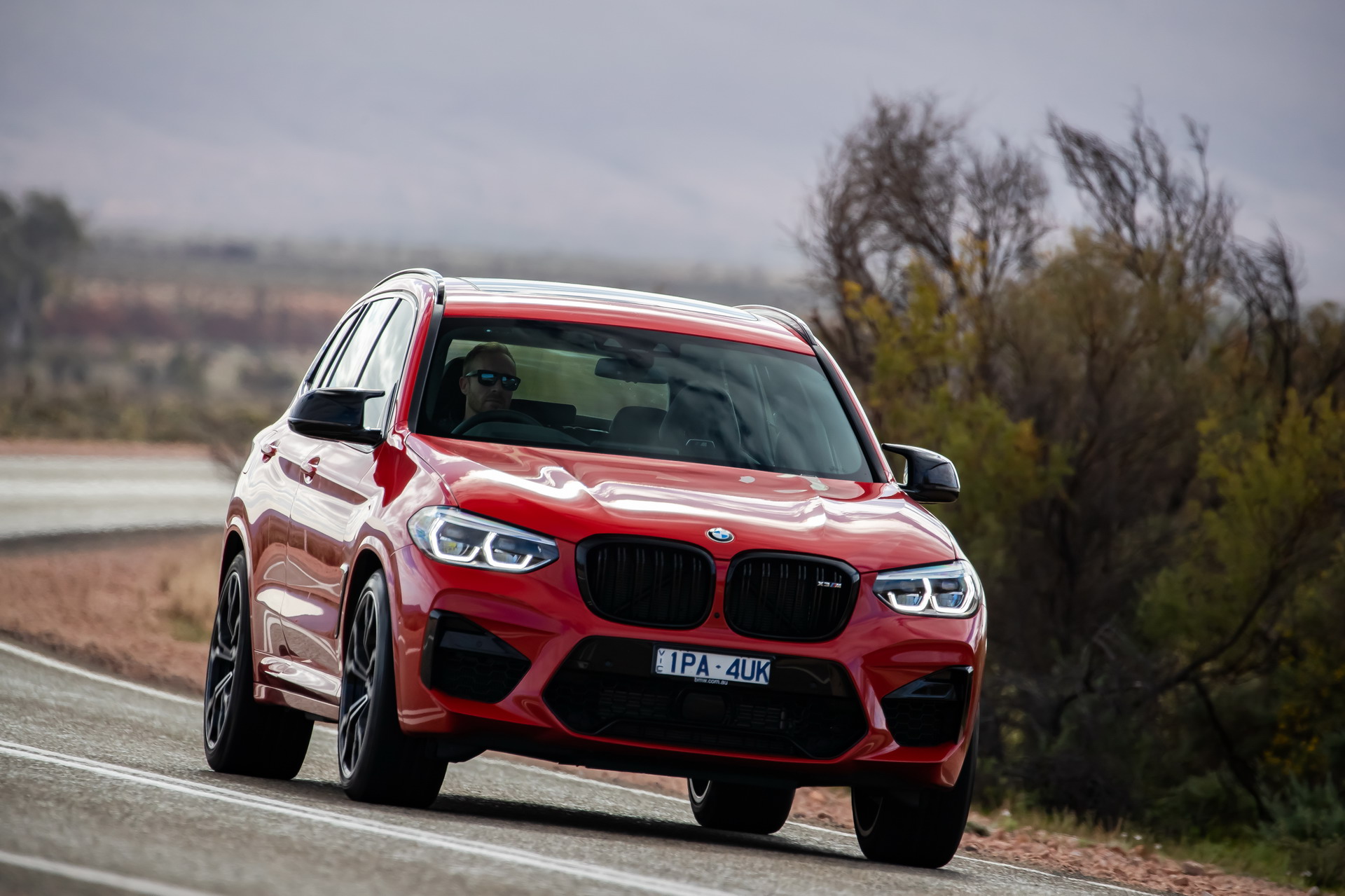 The BMW X3 M is now, finally, on sale. It has been a long time coming but BMW finally took the plunge and offered it to a wide audience that actually warmed up to it really fast. And what’s not to like, at the end of the day? This is a very fast, very capable SUV that’s meant to take on some similarly capable rivals in its segment. There are two of them at the moment on the market: the Mercedes-AMG GLC63 and the Alfa Romeo Stelvio Quadrifoglio Verde (QV).

While the Mercedes uses a big, beefy 4.0 liter V8 under the hood, the Stelvio is a lot closer to the BMW in the displacement category. The Italian thoroughbred makes due with a 2.9-liter twin-turbo V6. Sure, the X3 M has a slightly bigger engine, with its straight six being a very precise 3.0 liter, but overall, they are incredibly close. In Competition guise, the X3 M also has the exact same power as the Alfa, both of them being rated for 503 horsepower.

However, the race below is not of two stock cars. The race below features two quite heavily modified SUVs. The BMW is apparently making somewhere around 700 HP. We’re saying around, because it’s hard to say exactly how much it makes, as it is usually the case with tuned cars. At the same time, the Alfa was also tuned, according to the clip. It has a Stage 2 ECU tune along with a new set of downpipes and that should, theoretically, take it up to around 620 HP.

Will that be enough to keep up with the BMW? As you’re about to see, not even close. Then, it was time for a 600 HP BMW F82 M4 to step into the ring. Only to get destroyed as well, despite being considerably lighter than the Stelvio. But could the new G80 M3 keep up? Let’s see.