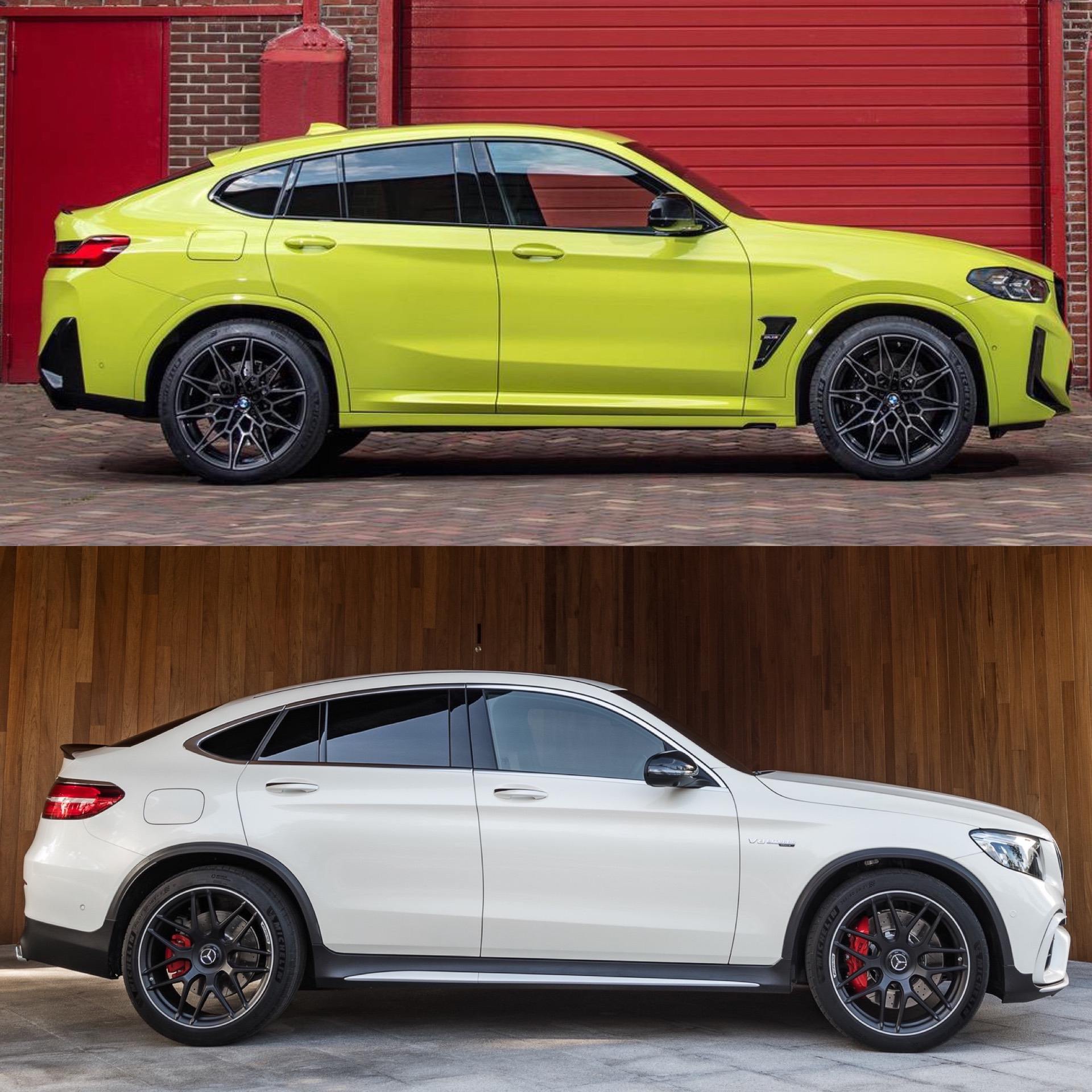 Mock the BMW X4 all you want for being unnecessary and odd looking (I do regularly) but there’s not getting around the fact that it’s a sales hit. There’s no better proof of that than the copycats to come after it. The Mercedes-Benz GLC Coupe is an X4 clone and designed to take on its Bavarian rival directly. Now that the X4 has been facelifted, let’s take a look at how it compares to its main rival. But for this comparison, we’re going to use the performance versions; the BMW X4 M and Mercedes-AMG GLC63 Coupe.

Let me preface this by saying I don’t think either car is particularly good looking. I would much prefer the normal versions of both cars; the X3 M and GLC63. Yet, I must compare the two, so let’s press on. 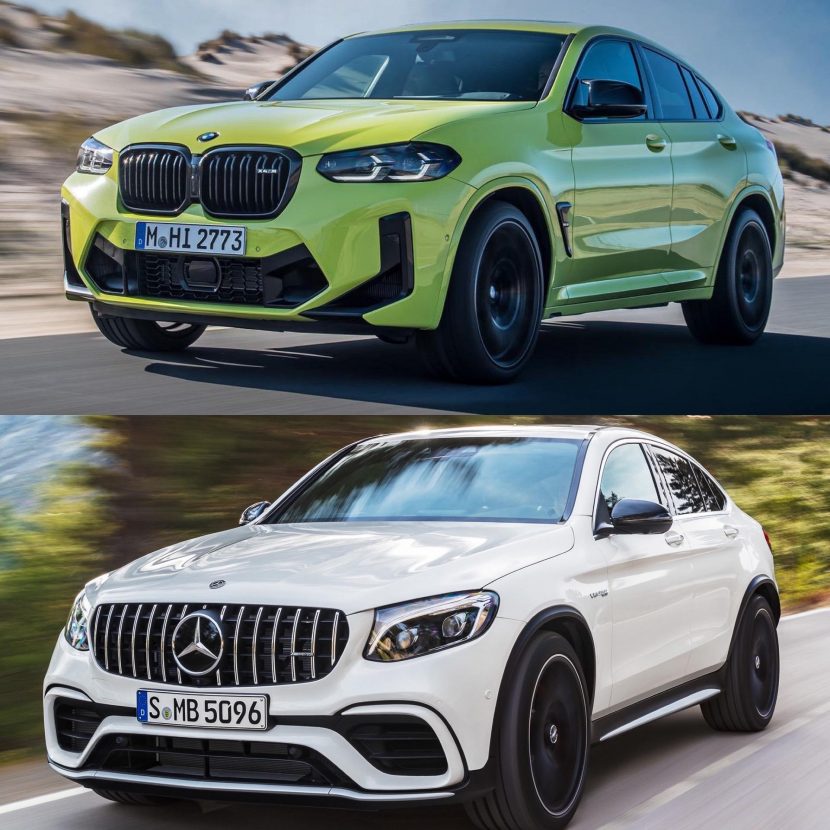 Up front, it’s close. If it were the pre-LCI BMW X4 M, I’d probably go with the AMG but I’m really digging this new X3/X4 facelift. The grille is sharper, the headlights are meaner, and the air intakes are more aggressive than the AMG’s. I like Mercedes’ modern design language but I just think this new X4 M’s front end looks a bit sportier. And isn’t that not only the point of getting a “coupe” SUV but also why you get a performance SUV?

In profile, I also think the BMW X4 M looks a bit more athletic and a bit better proportioned. The way the AMG’s C-pillar sort of notches where it meets the trunk lid just looks a bit off and it sort of looks like the entire car has been put in a vice, longways, and squished just a bit. The BMW X4 M is not a pretty car in my eyes but it looks better than the AMG, here. 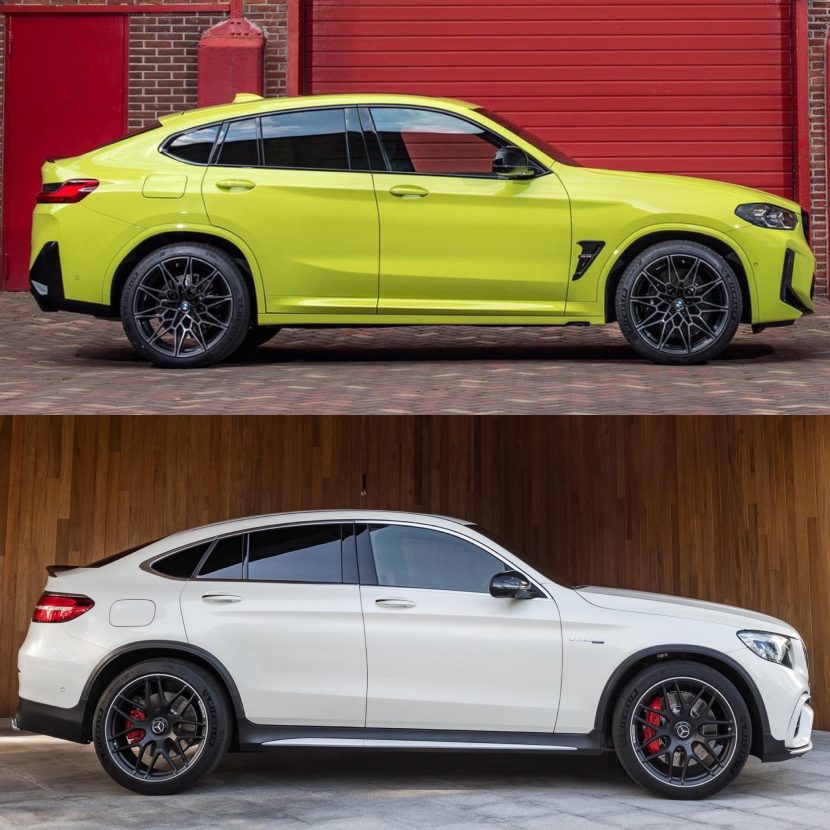 Out back, the BMW X4 M takes the win again. Its taillights are slimmer and more modern, its quad exhausts look a bit sportier, and its stance is a better better. I do find it funny that both cars have meaningless black shapes in their rear bumper. 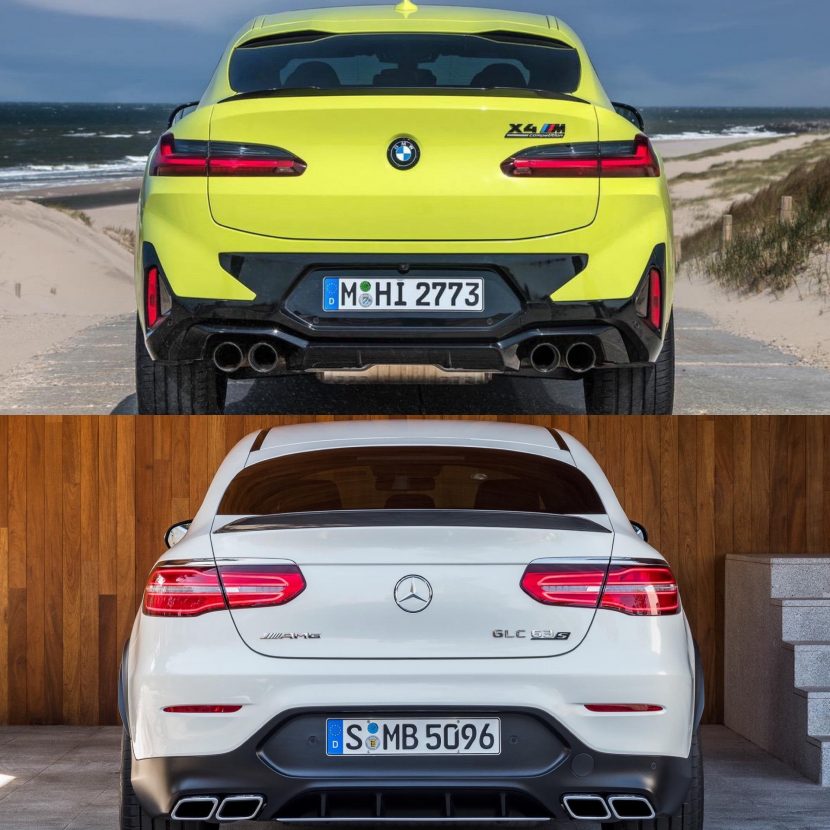 On the inside, the AMG fights back a bit. Its design overall is better looking, with a more exciting and interesting design that feels a bit more special. Mercedes has been beating BMW at the interiors game for many years now and it’s evident here. Admittedly, the X4 M has better tech inside, but the AMG’s fantastic looking gauges, steering wheel, and dash design beat it out in terms of design. So it takes the win here. 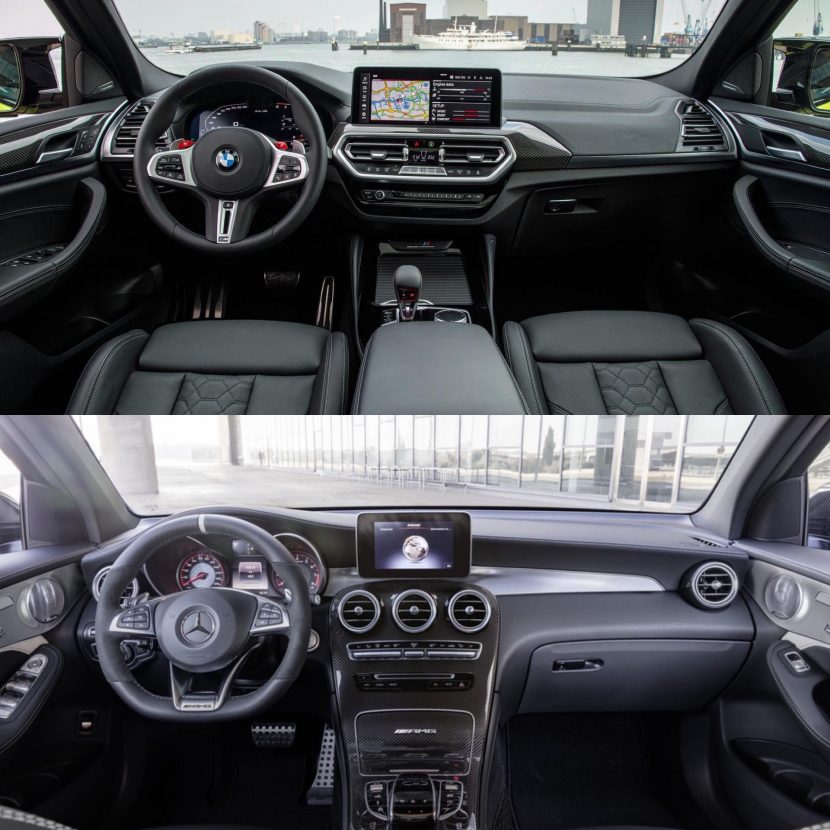 Overall, though, the BMW X4 M4 is the winner and it’s not very close. AMG’s “coupe” SUVs have never been very good looking, with odd proportions. While I wouldn’t call the X4 M pretty, it’s better looking than the AMG and it has better interior tech. So it wins here. 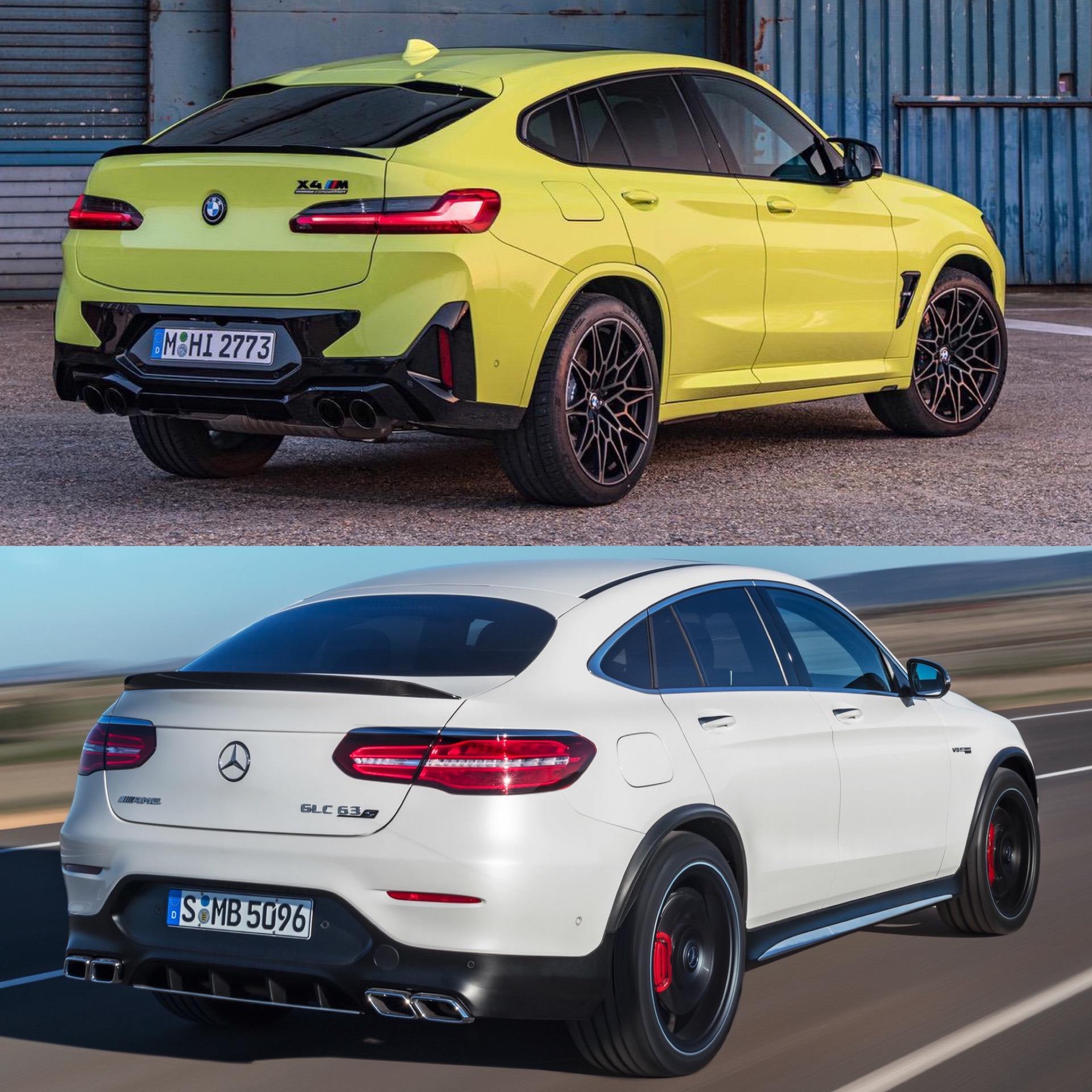 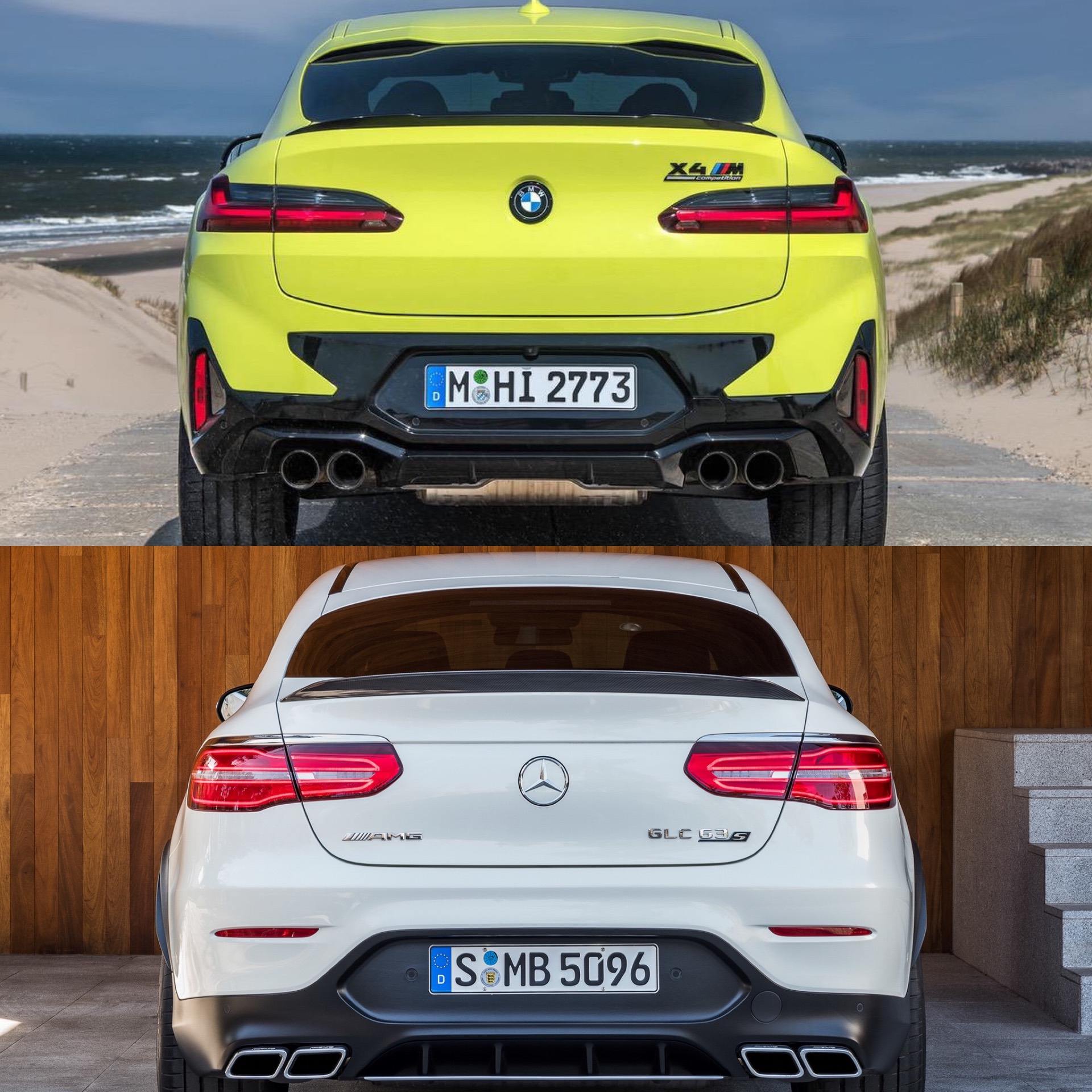 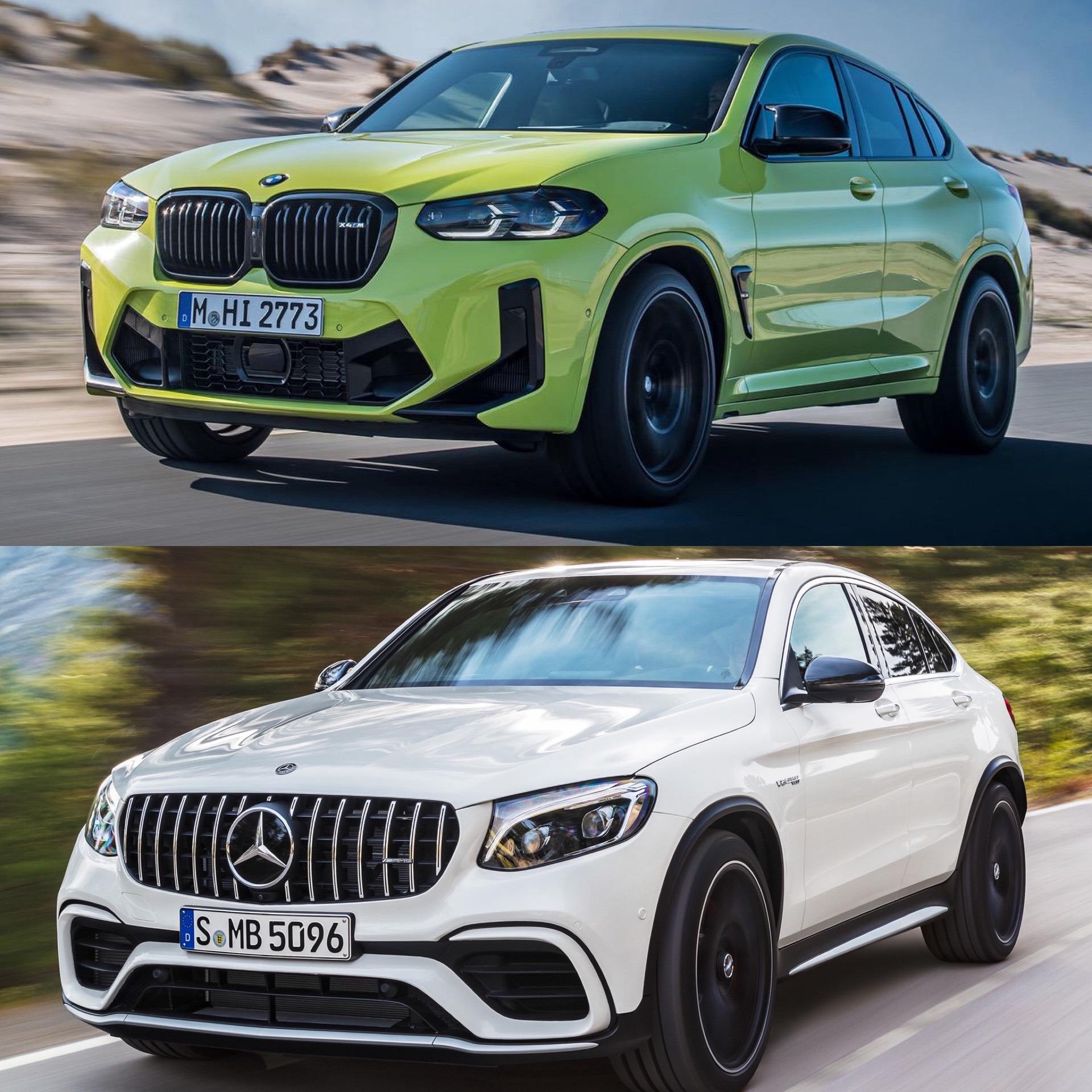 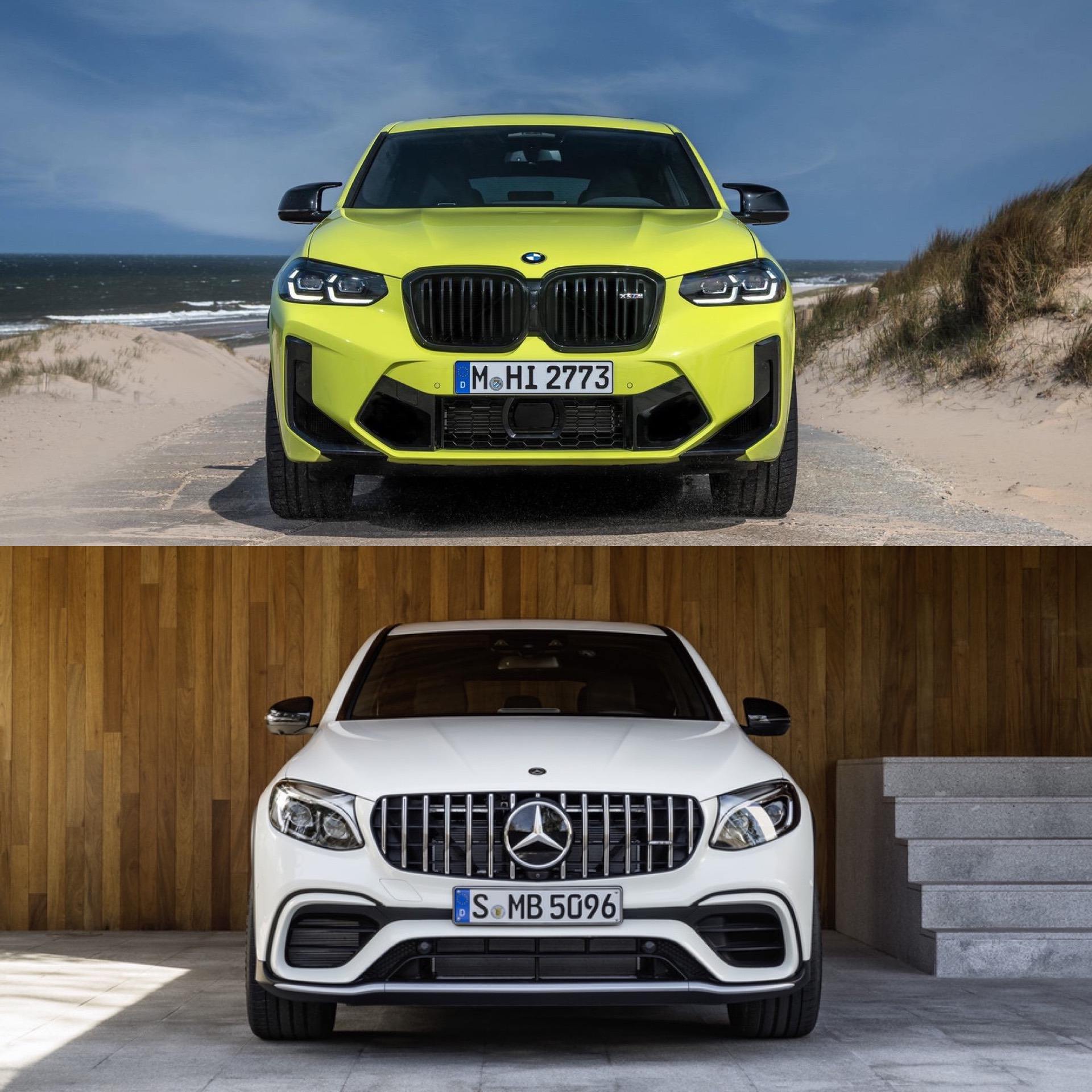