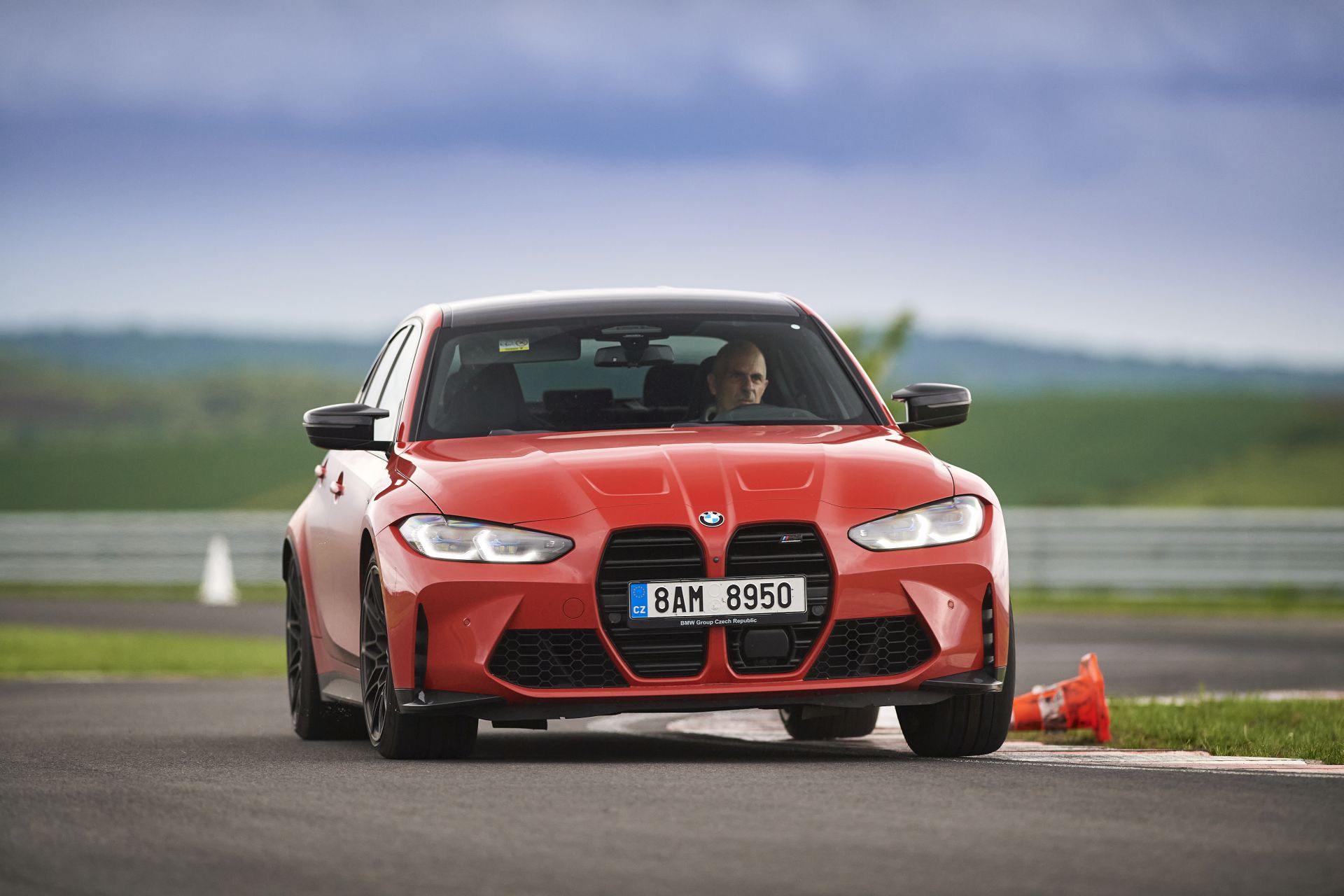 Here we go again. The BMW M3 has to prove its worth against some of its main rivals once again. This time, the challengers have gathered to a drag strip, in typical Carwow fashion. However, there’s a twist to talk about here and it sits right between the M3 and the Audi RS5. Can you guess what it is?

Unlike in previous videos of the M3 going up against the C63 and RS5, this time we’re looking at an older version of the Mercedes-Benz model. This is a two-generation old C63 AMG Black Series model and it’s what some people would call ‘ideal’. That’s because it stays true to the badge on the trunk lid, having a massive 6.2-liter naturally aspirated V8 under the hood. It’s a screamer and one that delivers power instantly to the rear wheels.

A Black Series AMG is a special version usually unveiled by the people from Affalterbach before a car reaches its end of production. They are often more powerful, or have a series of changes done to the chassis or the engine to make them faster and more capable. This particular model, for example, has 517 PS (510 horsepower) and 620 Nm (457 lb-ft) of torque, numbers that edge the M3 in terms of output. The Bavarian machine has 510 PS (503 horsepower) and 650 Nm (479 lb-ft) of torque at its disposal. Both cars send the grunt of their engines to the rear axles but one uses a modern-day eight-speed unit while the other uses an older seven-speed one.

There’s also an Audi RS5 Sportback in this race, lest we forget. The Ingolstadt performance vehicle has a 2.9-liter twin-turbo V6 under the hood, good for 450 PS (444 horsepower) and 600 Nm (442 lb-ft) of torque. Its main advantage over its rivals here, despite having less power, is the all-wheel drive system. That will allow it to put the power down more efficiently and possibly gain the upper hand from a dig. Will it allow the RS5 to win it? Let’s find out.