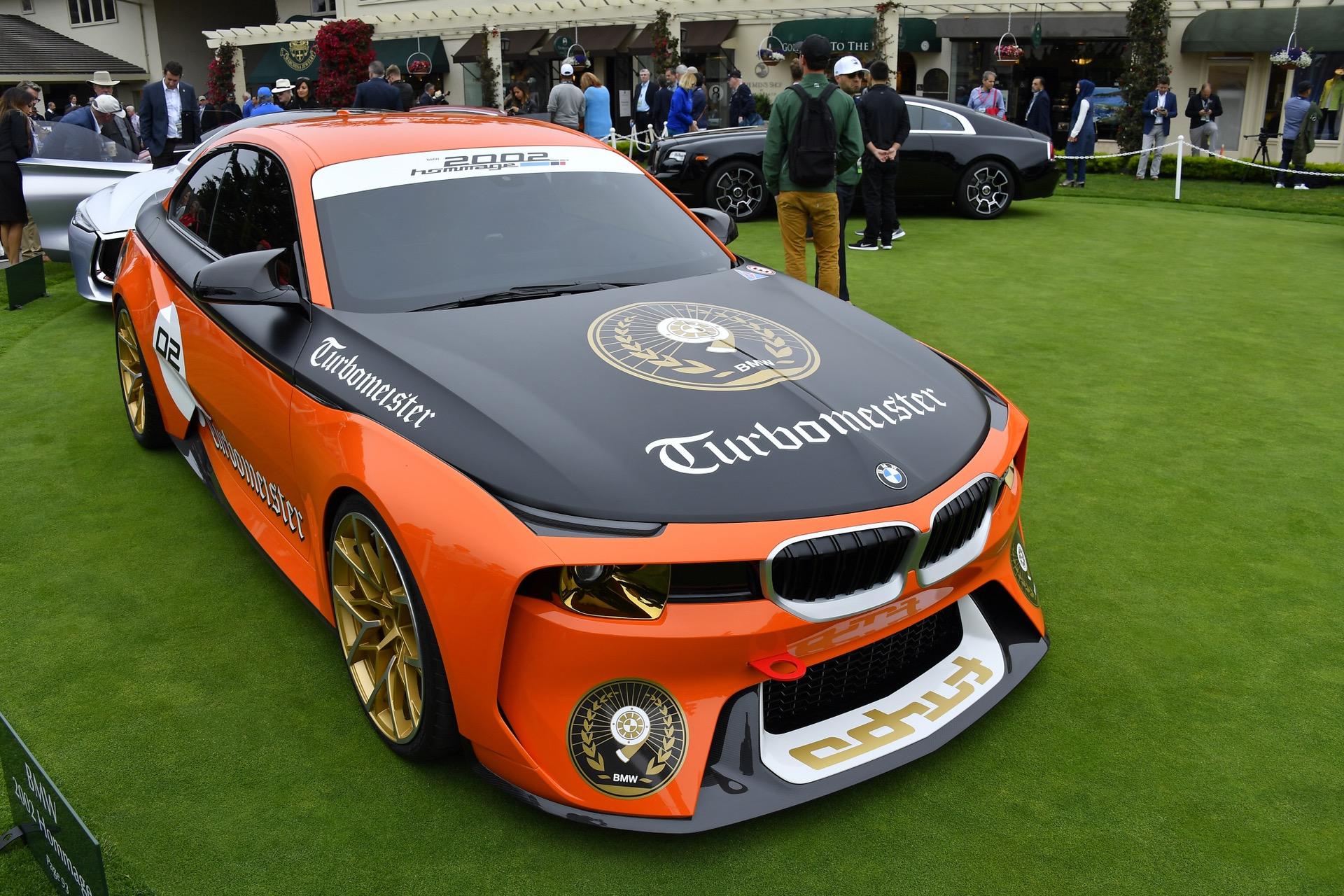 A few years ago, BMW debuted a 2002 Hommage Turbomeister Concept. It was, essentially, just a fancier looking BMW M2 with some concept looking headlights and a “Turbomeister” livery that was designed to evoke images of the old Jägermeister liveried race cars. However, it was quite popular with BMW enthusiasts and one more so than the rest. Marc Rutten, BMWBLOG contributor and BMW fan, decided to turn an M2 Competition into the Turbomeister concept car and Joe Achilles had the chance to drive it, in his latest video.

Despite the original concept car being a hommage to the 2002, Rutten effectively built an M2 CSL. It started out life as an M2 Competition but got a carbon fiber hood, carbon roof, carbon rear diffuser, lighter sport seats, lighter BBS wheels, upgraded brakes, an Akrapovic exhaust, and an engine tune that bumps power to around 500 horses. It also wears a Turbomeister livery that’s as close to an exact copy of the official concept car as you can get on an M2 Comp.

The process behind creating the livery is interesting and Rutten describes it in detail in the video. There was a ton of though put into the design of this car but also to its mechanics. For instance, Rutten had to go with a smaller brake disc, as the standard ones pushed the caliper too close to the wheel and if rocks got caught in between the caliper and the barrel of the wheel, they’d chew his very expensive wheels to bits.

Achilles had the chance to drive the BMW M2 “CSL” Turbomeister and it seems seriously quick. On the autobahn, the numbers simply fly by on the speedometer, far quicker than on other M2s. It’s also far louder than any other stock M2 product, which is either good or bad, depending on your preference.

Rutten’s Turbomeister car is one of the more interesting and comprehensive M2 builds we’ve ever seen. No stone was left unturned and it seems like it’s a massive step up from the standard car.