If you were to travel back in time, about twenty years from now, nobody would’ve suspected the amount of fun we’d be having in SUVs today. Back then they were just in their incipient phase and many enthusiasts hated them. Now, though, with everyone and their grandma looking to buy a high-riding vehicle, things have definitely changed and we’re about to watch some fast versions of that exact body style do some outrages speeds on an empty runway.

The BMW X3 M Competition might’ve gotten a facelift but we’re still a bit far from seeing in on public roads. Deliveries haven’t kicked off just yet. Until then, we’ll have to make due with the original recipe but that’s fine, since the facelift didn’t bring any technical changes anyway. Therefore, under the hood you’ll find the S58 engine good for 503 horsepower and 443 lb-ft Nm of torque. All of that is sent to the four wheels of the car via an eight-speed automatic gearbox. 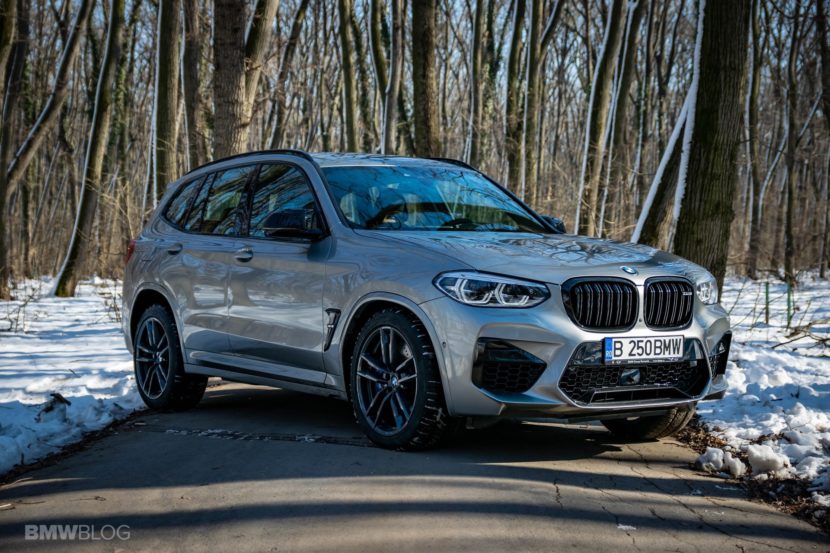 The other three cars in this race are pretty close in terms of performance and specs. The Mercedes-AMG GLC63 S comes with a 4.0-liter V8 but the same amount of horsepower, the Alfa-Romeo Stelvio QV has the exact same amount of power too but from a 2.9-liter V6 while the Jaguar F-Pace SVR has the biggest engine here, a 5.0-liter supercharged monster good for the most power, 550 horses in total.

All of them are all-wheel drive and have Launch Control. But who will win? I don’t really want to disclose it but they are pretty close in the end, at least from a standing start. The rolling races are pretty interesting too, as they bring the BMW into view a bit more. There is one car that seems to be very off compared to the rest here though and it’s the Alfa Romeo. Somehow, the Italian doesn’t seem capable of hanging with the Brits and Germans.