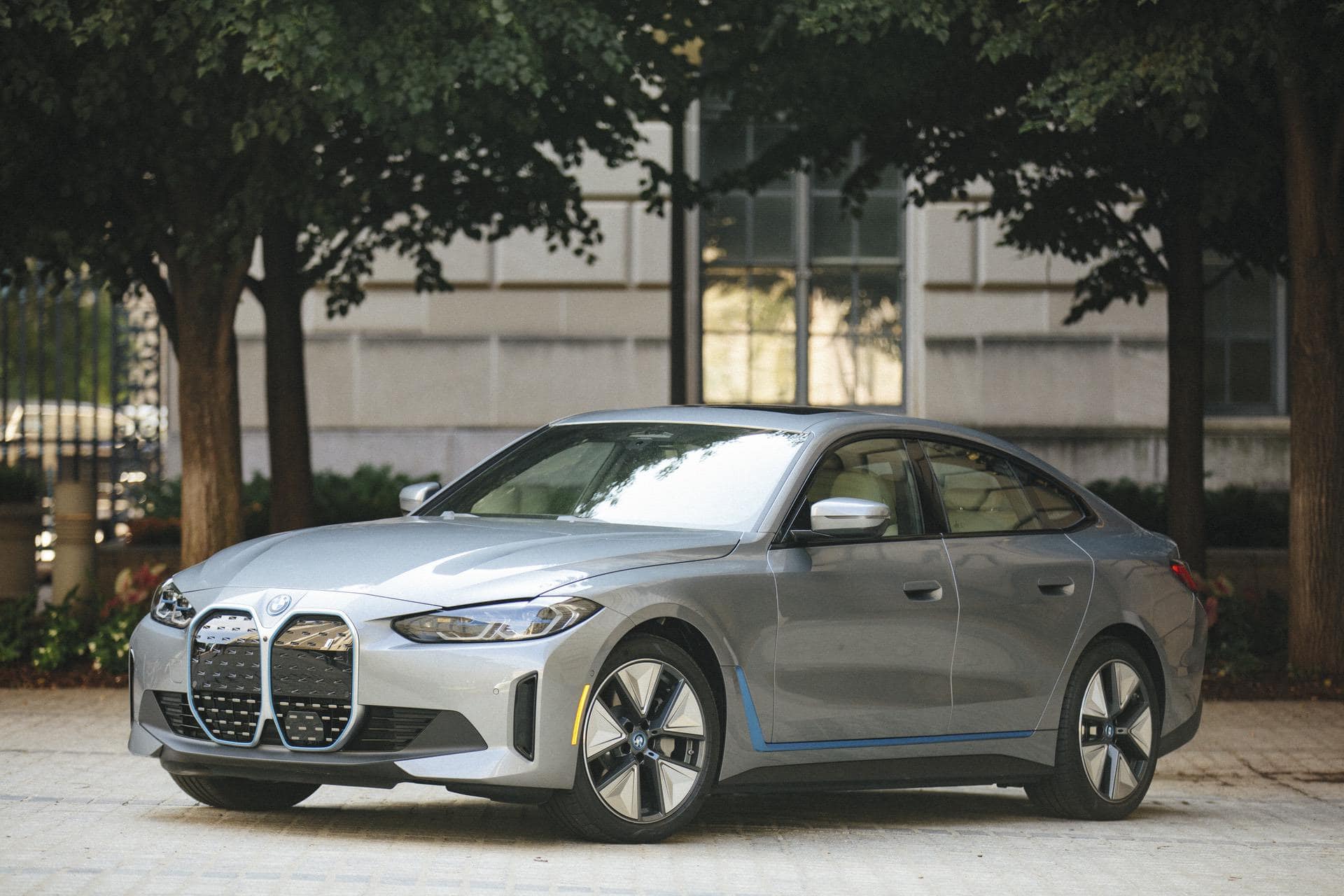 Just like its bigger brother, the iX, the BMW i4 is still quite a long way from making it into anyone’s driveway. Despite the car being announced and unveiled several months back, BMW seemingly is still working on it and preparing the four-door coupe model for a proper market launch. In the meantime, we can all sit back and try to enjoy videos shot by the company itself, featuring these cars. After BMW USA published a video of the iX, we’re now focusing on the i4 for a change. The two are quite different proposals, even though the technology is shared to a large extent. 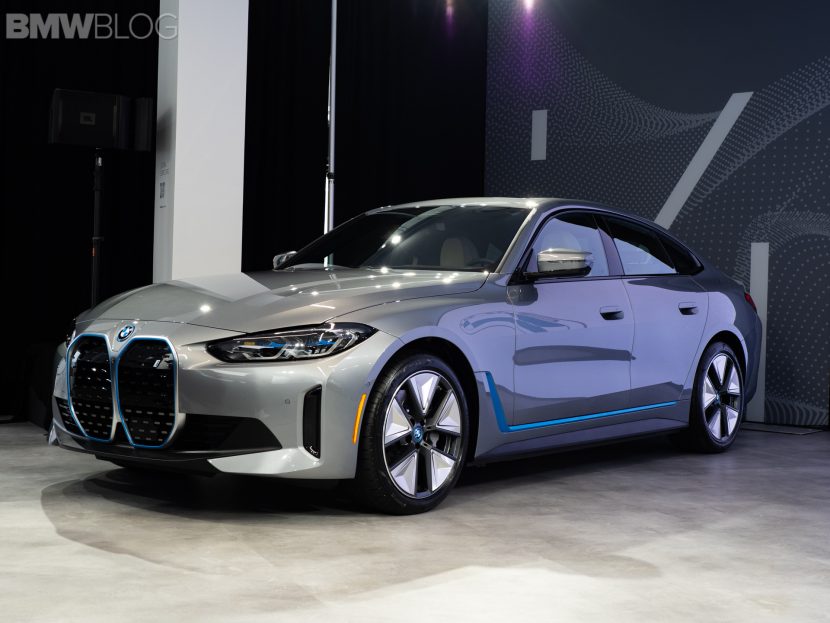 What you’ll immediately notice on the i4 though is the new interior design. Even though on the outside you might perceive it as a regular 4 Series, inside the cabin, there are a lot of differences compared to the already available Coupe model. The biggest differentiator sits atop the dash. It’s the new curved display that encompasses two screens, one 12.3-inch digital instrument cluster, and a 14″ central display for the infotainment system. 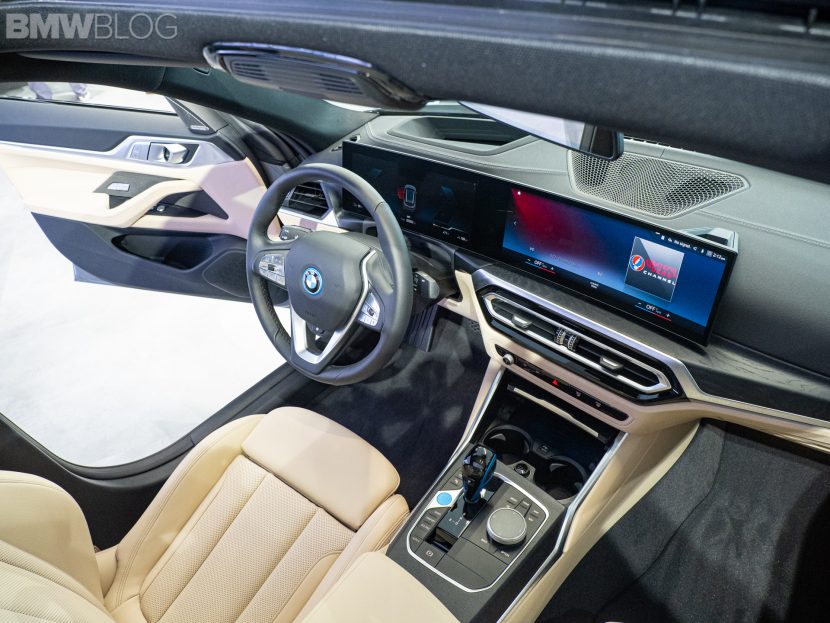 The bigger screen also signals the introduction of the new iDrive system. It will be standard on all BMW i4 models and will change the way you interact with the car. Unfortunately, as the video points out, production of the BMW i4 will kick off in November, which means the first deliveries will take place in the first quarter of 2022. When it debuts, the i4 will come in two different flavors; the BMW i4 40 and the BMW i4 M50. 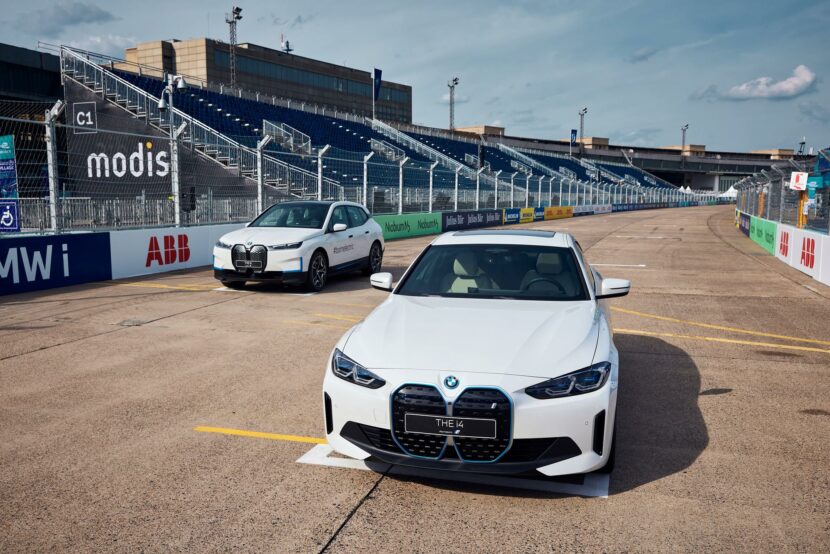 The former will start at $55,400 in the U.S. It will pack a single electric motor at the rear, with 335 horsepower and 317 lb-ft of torque, along with an 81.5 kWh net-energy battery pack (83.9 kWh gross-energy). Its powertrain setup is said to get the i4 40 from 0-60 mph in 5.7 seconds, which is hot-hatch quick and far quick enough for most customers, while also providing around 300 miles of max range. Those specs are within the same range as the standard Tesla Model 3, which will make the EV sedan market very interesting in the near future.

The top-end model, the BMW i4 M50, will start at around $65,900 and will be much more powerful. It will get dual electric motors, making it all-wheel drive, that will combine to make 536 horsepower and 586 lb-ft of torque. Due to having an additional motor and more power, while also using the same battery as the i4 40, the BMW i4 M50 only gets a range of around 235 miles. However, it makes up for that by getting from 0-60 mph in a claimed 3.9 seconds. Though, in reality, we suspect it will be quicker than that.