During my time with the BMW M5 CS, I had the chance to take it to an airport runway and record its 0-60 mph time, as well as its quarter-mile time. It was the first time I’d ever done that outside of a press launch, the first time I’d ever driven on a runway, and the first time I’d ever used a Racebox. Naturally, I was both excited and nervous. Especially because I was told that BMW didn’t have another M5 CS press car on the east coast and to be very careful with it. Hyper exclusive, limited-edition, extremely valuable BMW that also happens to be the fastest, most powerful BMW in history, on a runway for the first time? No sweat, right?

Turns out, I had nothing to worry about. The BMW M5 CS a total sweetheart on the runway; due to its rock-solid chassis and suspension that’s absurdly capable at high speed. I was told by BMW that I was allowed three quarter mile runs. Being an ultra-exclusive and very expensive car, they didn’t want me fooling around with it, which I completely understand. Plus, if I couldn’t nail a time I was happy with in three runs, it would be a user issue, not a car issue. Although, BMW’s launch control was typically finicky that day. 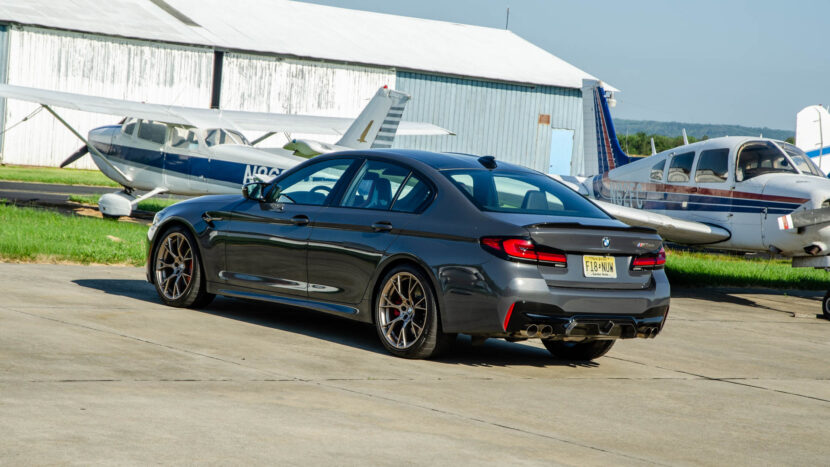 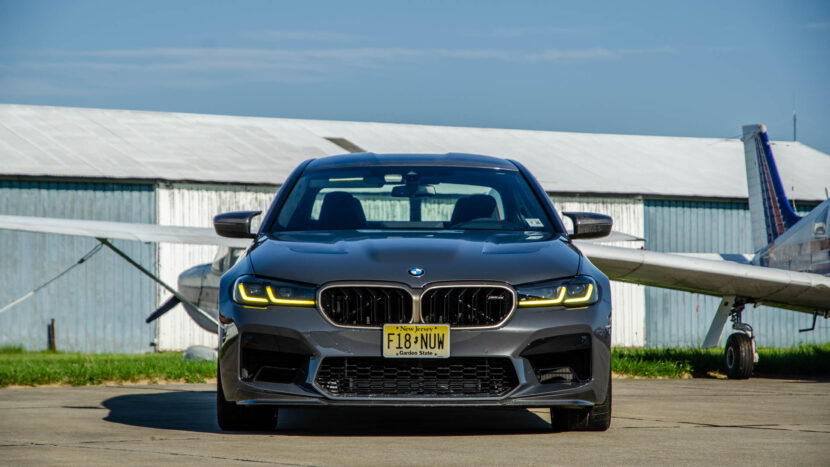 The car needed to be cooled down in between runs. Launch control won’t even reengage again unless it gets a few minutes to cool down. I only had one run left and was waiting for it to cool down when the airport employee who was assisting me that day told me I only had a few minutes left before planes started to fly. Just a few seconds after that, a plane was getting ready for takeoff and the employee basically told me it was now or never. So I hoped the car had cooled down enough and went for it.

Even on the slightly broken pavement of Princeton Airport’s runway, the third run went off about as well as I could have hoped for. It was like divine intervention; everything suddenly worked perfectly, right when I needed it to; launch control worked properly (which was being annoying prior), the tires gripped, and I shot off the line like I was catapulted. It accelerated so hard, it actually hurt my face (which you can see in the video) but it was well worth it. 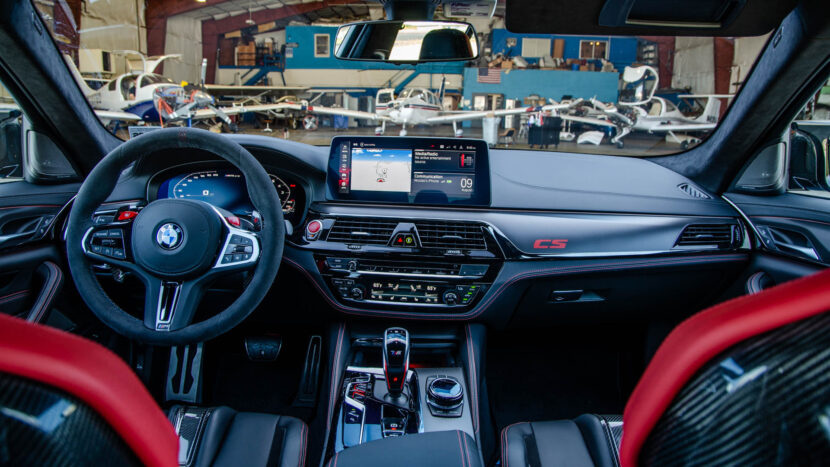 Honestly, though, as impressive and exciting as that is, it’s not even the best part of the M5 CS. The M5 CS is a remarkable driving car, one with a precision and delicacy that even the much smaller M3 Competition can’t match. It’s the most fun and exciting BMW I’ve driven in a very long time and it’s my favorite of all modern BMWs.