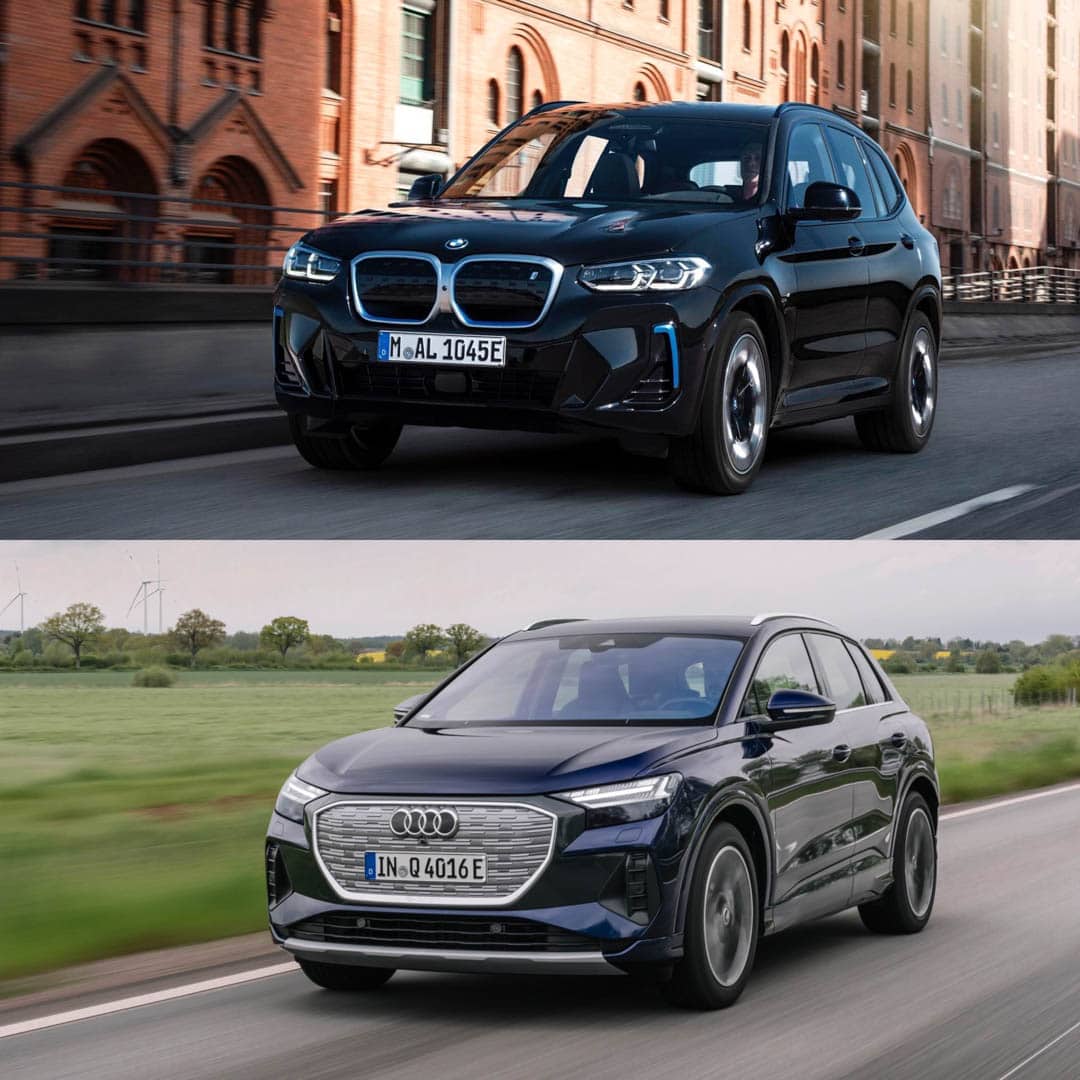 The BMW iX3 isn’t capable of taking on cars like the Tesla Model Y. It just doesn’t have the range or the power to do so. However, it does have the range and power to take on one of its premium German rivals — the Audi Q4 e-tron. While the top-end Q4 e-tron has more range, the iX3 has more range than some of the lower-end Q4 e-tron models. So it’s competitive with Audi’s offering. However, in this segment of compact, fully-electric, premium crossovers, style is just as important as range and power. So let’s take a look at which one has more style.

Up front, I think the BMW iX3 is the more handsome car but it’s close. The new grille and sharper headlights give it a more handsome overall look. However, the Audi’s headlights are sharp as well and feature a very slick light dance when you unlock the car. It’s the grilles that decide this for me, though. The Audi’s is fine but it’s the BMW’s that looks a bit more handsome and you can’t imagine how good it felt to type that. 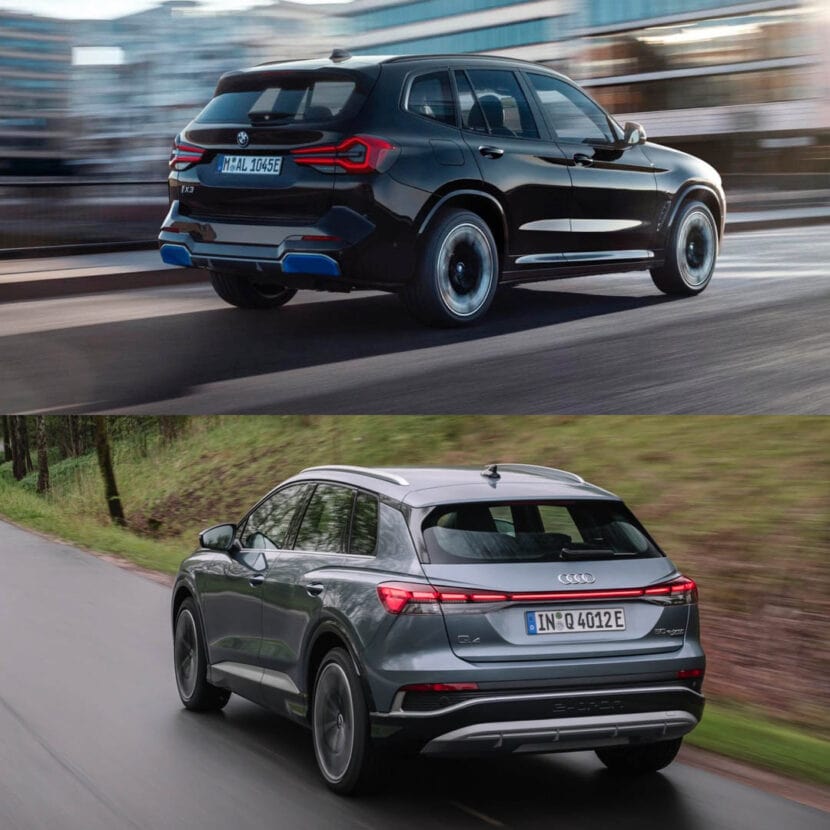 In profile, I’m gonna give it to the Audi, though. The Audi Q4 e-tron is one of the better looking crossovers in the segment all around and its side profile is a big part of that. It features a sporty, low slung roof line but doesn’t go as far as being a crossover coupe. It gets strong fender flares front and back and short overhangs. It’s compact and muscular looking, giving it a very sporty overall look. While the BMW iX3 is handsome, it just lacks a bit of visual interest. Its overall shape is nice, though, with classic SUV proportions.

Out back, there’s nothing overly offensive about the BMW iX3 but it lacks the visual theater of the Audi Q4 e-tron. The LED light bar alone makes the Q4 e-tron look and feel more high-tech, more interesting. The sculpted taillights of the iX3 look good but they’re not as cool as the hyper slick light bar of the Q4.

Inside, it was a bit trickier because they’re both staid and sensible German interiors. They both have their pros and cons; the BMW looks more driver-focused and ergonomic, while the Audi has more tech and more space. So it really comes down to which one you want to live with. Personally, I’d take the Audi Q4 e-tron simply because of its Virtual Cockpit digital gauge cluster, which is far superior to BMW’s. Also, the added space from its bespoke EV architecture is quite handy. 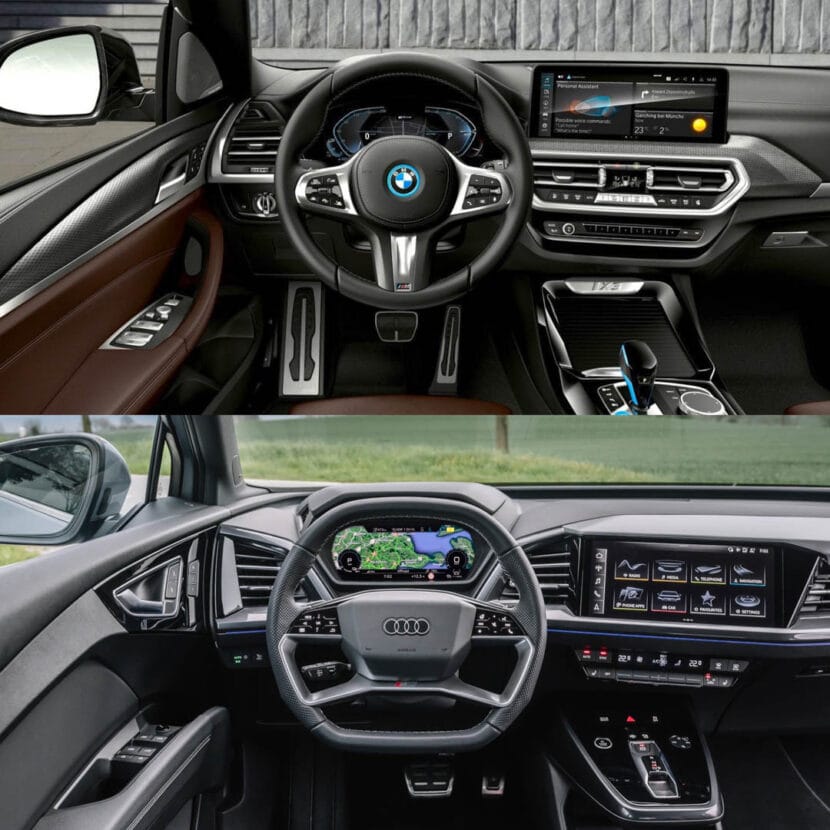 That leaves this as a lopsided win for the Audi Q4 e-tron. That BMW iX3 is a good looking car because it’s based on the X3. However, in the world of EVs, just being handsome isn’t enough. It needs to be a bit more interesting than that and the Audi is. So it wins this comparison. 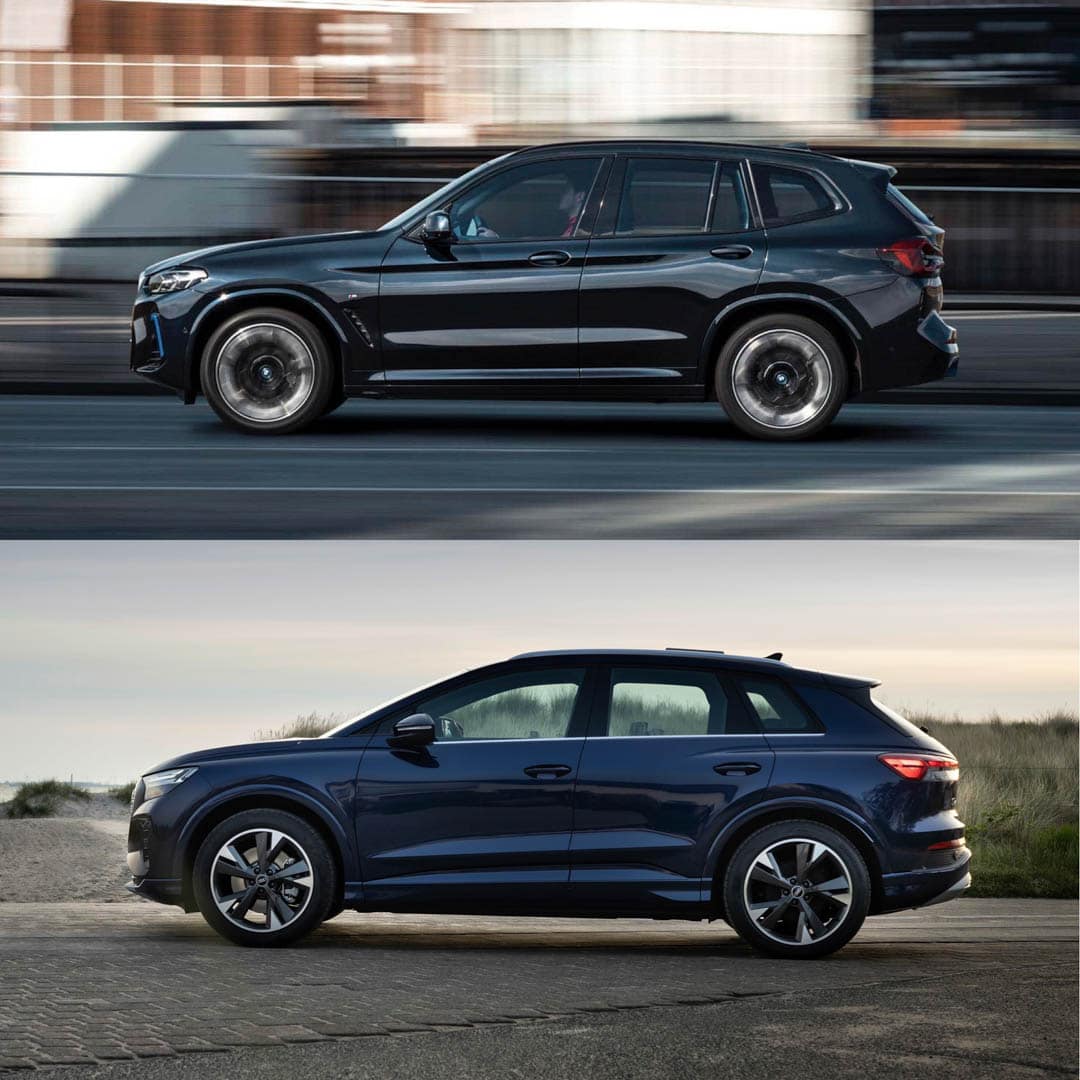 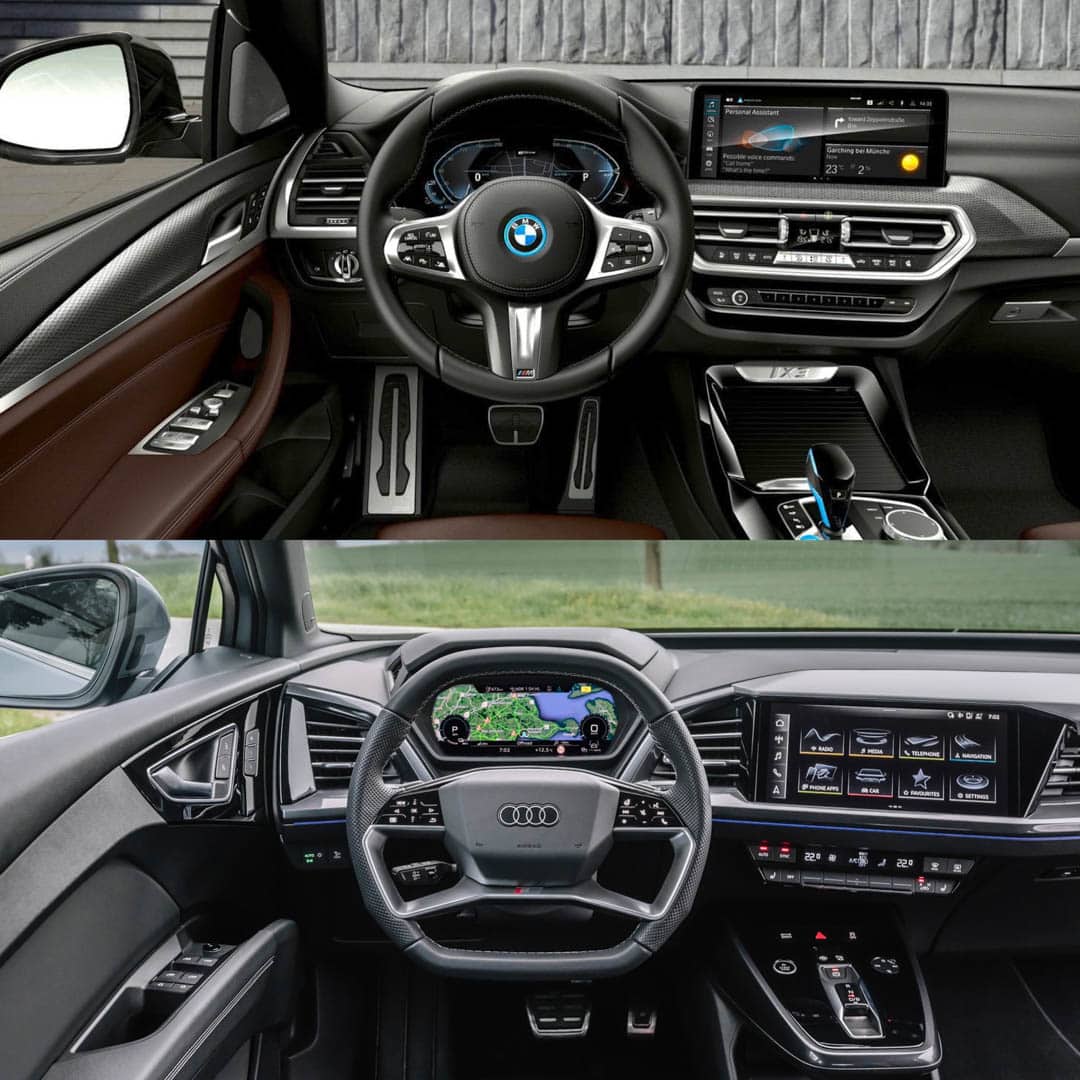 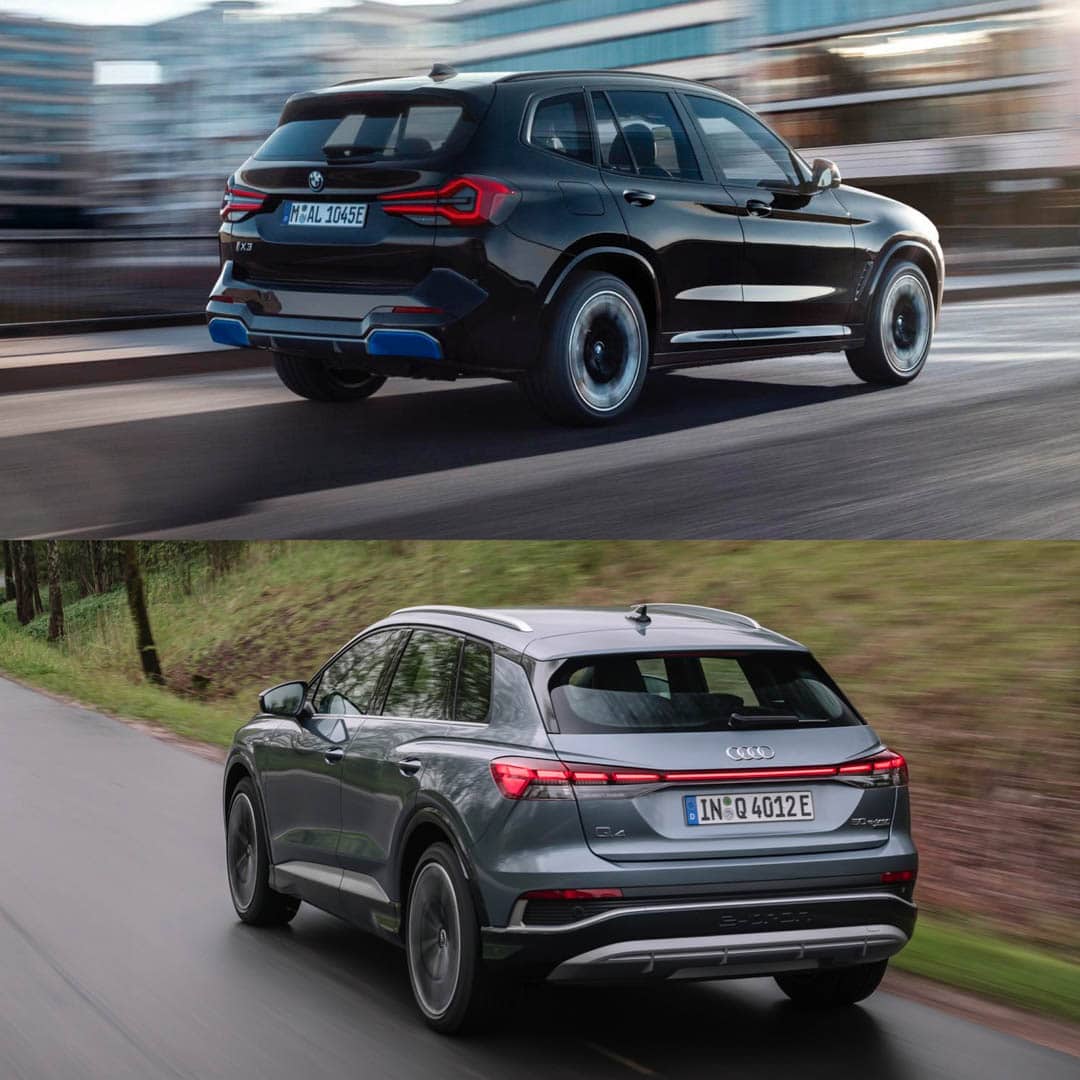