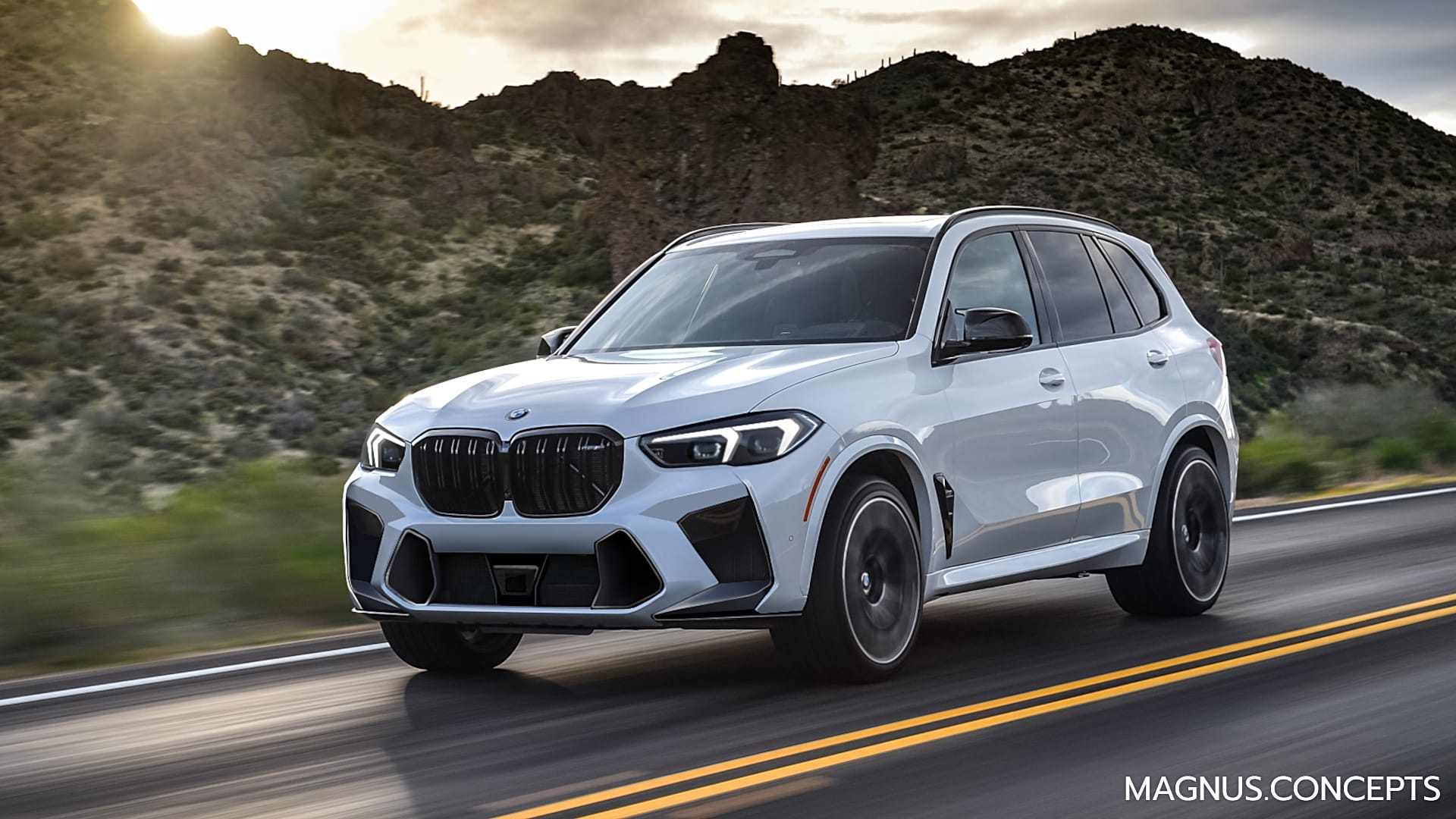 Nearly three years after its market launch, the G05 BMW X5, and its M model, is preparing for a facelift. While the previous generation model F15 didn’t actually get a facelift, this new one will follow in the steps of other BMW models. It won’t be a major facelift, but rather some small and meaningful upgrades which will enhance the already good looks of the popular crossover. Recent spy photos point to a new headlights design, as well as some other upgrades to the front fascia.

Based on those spy images, the fellow at @magnus.concepts has decided to illustrate the X5 M LCI. As you can see in the image embedded here, the inner graphics of the headlights feature reversed eyebrows. The lower part of the front-end has also been redesigned to include larger air intakes and curtains. There is also a front lip, specific to the Competition model. 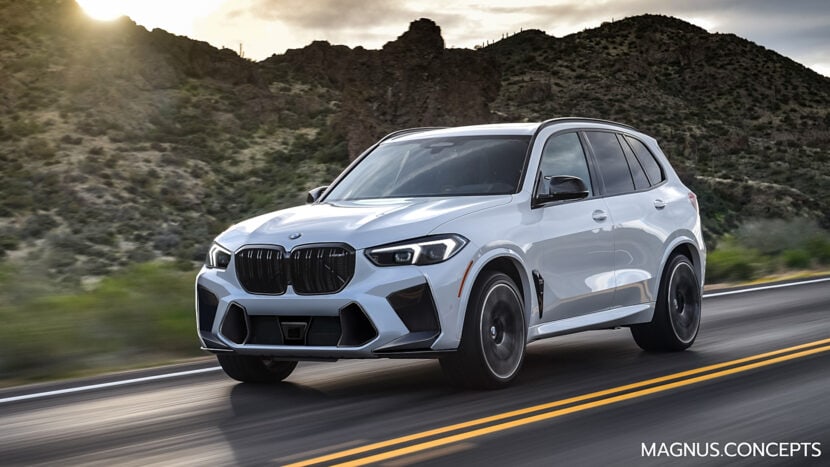 The biggest changes are saved for the cabin. Previous spy photos pointed to the large screens seen in the BMW iX flgaship SUV, featuring a curved design and stretching across the entire dashboard. We also expect to see a series of tech upgrades, from the driving assistance systems to the new BMW iDrive 8. Trim and leather upgrades will most certainly be available as well.

We don’t expect any engine changes though. Powering the X5 M Competition is the same 4.4 liter twin-turbocharged V8 that powers the X6 M. So it makes 617 hp and 553 lb-ft of torque, which is the same amount of power as the BMW M5 Competition. So it’s very fast, almost too fast for such a big, heavy SUV. Though, it’s not any faster or slower than its X6 brother.