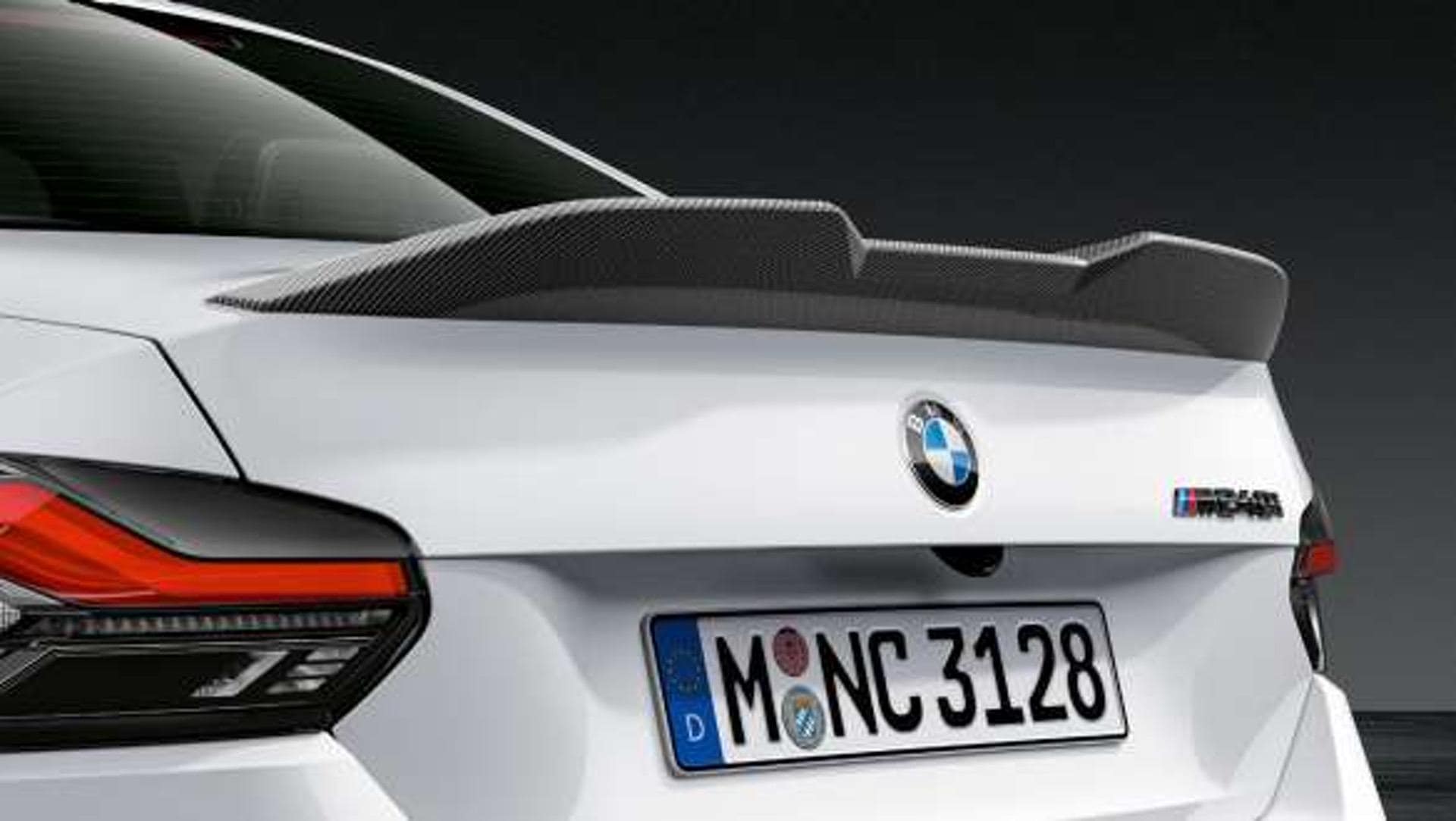 When it goes on sale this fall, the new BMW 2 Series Coupe will also launch a new range of M Performance Parts. The official press release skipped the M Performance Parts announcement, but several BMW websites are now showing a subset of the upcoming offerings. As always, the usual suspects are present. At the front, the redesigned 2 Series Coupe gets an optional carbon fiber trim around the kidney grille.

Moving towards the bottom of the front fascia and you will be greeted by a carbon fiber spoiler which not only adds some extra downforce, but it also gives the car an even more aggressive look. The rear-end is not forgotten either. A beautiful and sporty carbon fiber spoiler sits on top of the trunk matching perfectly with the Alpine White color and the blacked out taillights. Of course, the diffuser goes through a functional and visual change and now features a more aggressive design in the typical carbon fiber material. 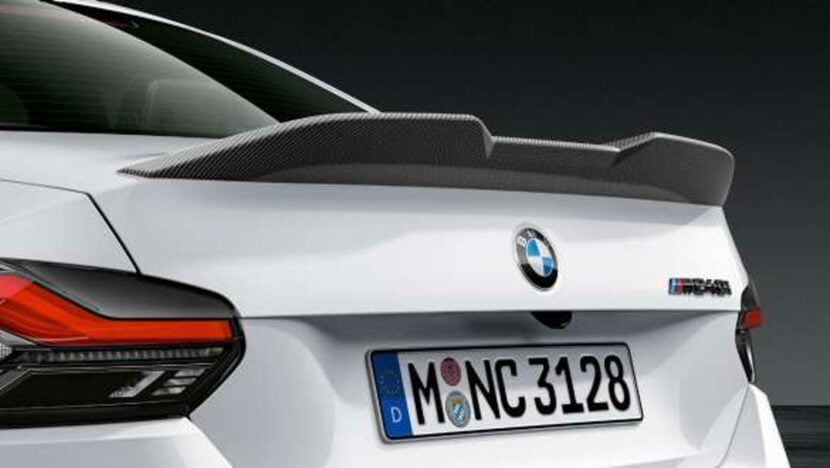 No other parts are currently shown, but it’s fair to assume that a side of side skirts and carbon fiber mirror caps are part of the M Performance Catalog, along with aftermarket wheels in different sizes and colors, and naturally, an aftermarket exhaust system as well. We expect to see the full range of 2 Series M Performance Parts being released in the next few months.

The new generation of the compact 2 Series Coupe is essentially one of the very few puristic models in the BMW portfolio. After the Bavarians decided to underpin most of their compact vehicles with front-wheel drive platform, the G42 model series is now the sole model in the low-end lineup to stay true to the brand’s core values: rear-wheel drive, a perfect 50:50 weight axle balance and legendary 6-cylinder inline powerplants. 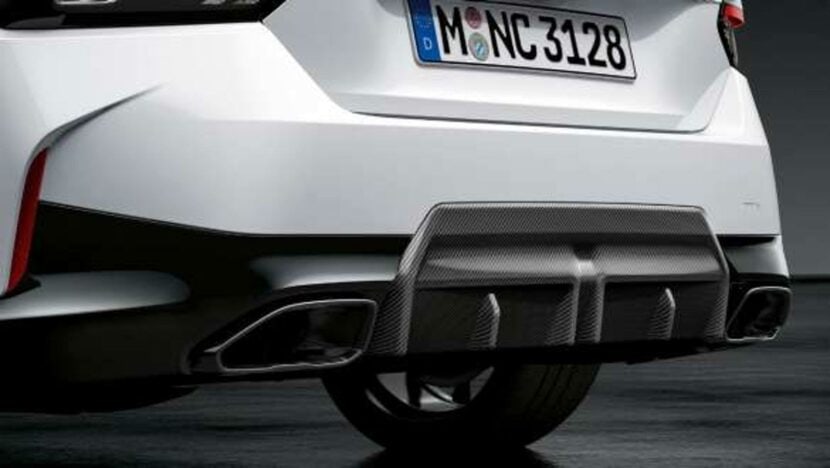 BMW really differentiated the 2 Series from the rest of the lineup on the outside — its headlights, grille, Hofmeister kink, taillights, and overall design language is entirely different from everything else with a Roundel. However, the interior is similar to what we’ve seen in other new BMWs. A series of M Performance Parts will be available for the cabin as well.